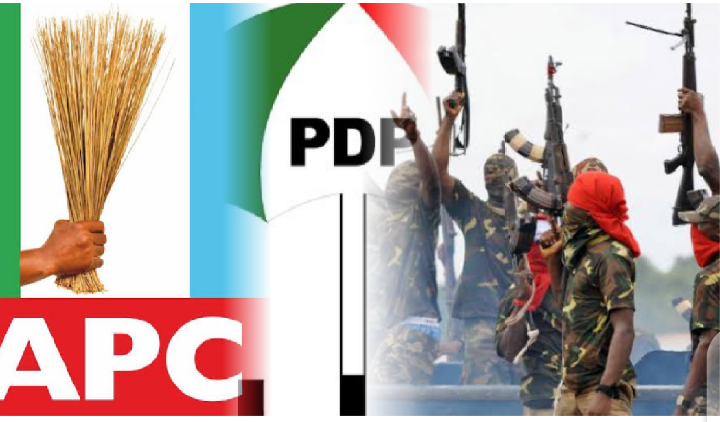 As the state congresses of the All Progressives Congress (APC) and the Peoples Democracy Party (PDP) hold today, confusion has continued to reign in the Lagos chapter of the APC as the party holds three parallel congresses in the state.

Delegates at the former Governor Akinwunmi Ambode-led faction of APC about to vote at the Baptist Academy venue of the faction’s congress. 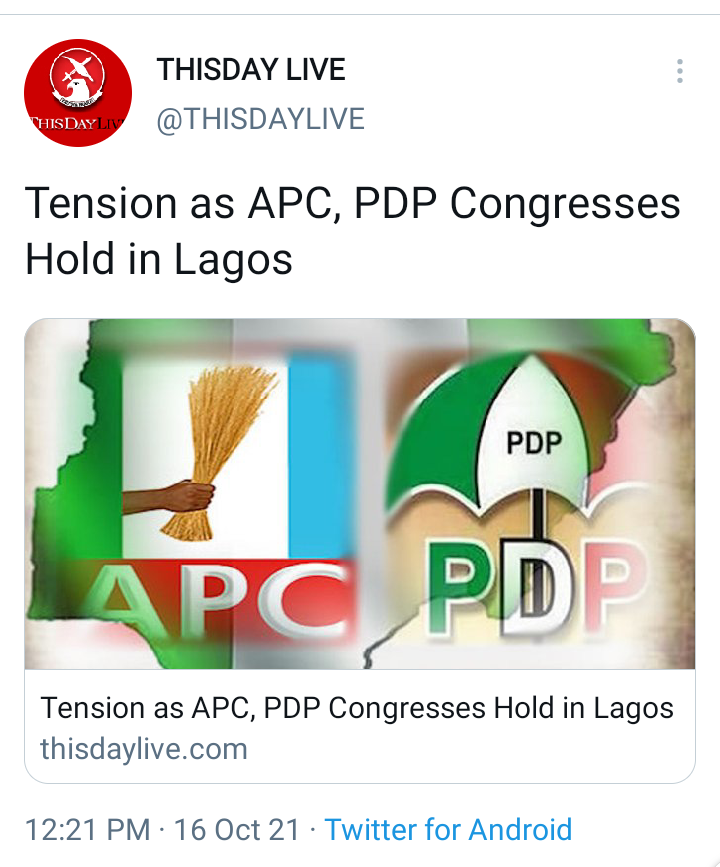 While the mainstream party led by Senator Bola Ahmed Tinubu converge on the Teslim Mobolaji Johnson Sports Complex in Onikan, Lagos Island, with Governor Babajide Sanwo-Olu expected to be in attendance, the faction led by former Governor Akinwunmi Ambode is holding its own congress at the Baptist Academy Compound in Obanikoro, Ilupeju.

Also, the Lagos4Lagos group is holding its own at the group’s secretariat at Adeniyi Jones Avenue in Ikeja.

There was tension at the palace of Oba Adedotun Aremu Gbadebo, Alake of Egbaland, on Saturday, when hoodlums stormed the venue of the ongoing state congress of the All Progressives Congress (APC).

A faction of the APC in the state used the event centre within the palace in Abeokuta, capital of the state, as venue of its congress. Daily Trust had reported how the two factions in the state were preparing for parallel congresses.

The factions are led by Governor Dapo Abiodun and Senator Ibikunle Amosun, his predecessor.

However, shortly before the exercise commenced, gunmen broke into the venue, which was being used by the faction loyal to Amosun.

2023: Presidency should be zoned to South-East for equity, says archbishop

The Catholic Archbishop of Lagos. Most Rev. Alfred Adewale-Martins, on Friday said that it would be justified to zone the Nigerian presidency in the 2023 general election to the Southeast.

Adewale-Martins, a guest at the ongoing 2021 Catholic Women Organisation of Nigeria (CWON) in Lagos, said for the sake of equity and justice, the president should come from the Igbo-speaking part of the country. 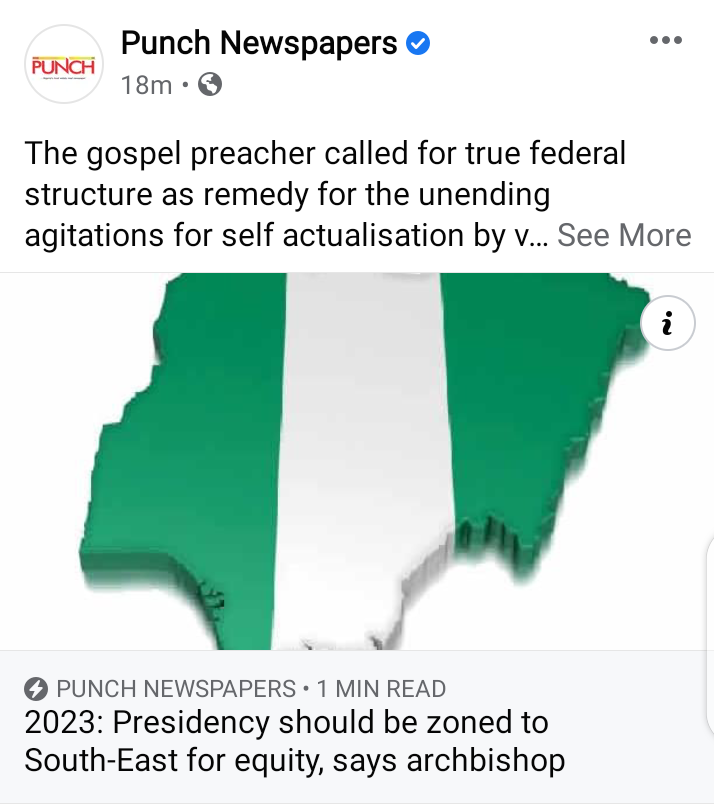 Addressing newsmen at ST. Leo’s Church, Ikeja, Lagos, venue of the event, Adewale-Martins said that other zones of the country have had their fair share of the highest political position, except the southeast zone.

The gospel preacher called for true federal structure as remedy for the unending agitations for self actualisation by various ethnic nationalities that make up the country.

Fayemi, in his remark, said the four new laws were geared toward enhancing good governance in the state. 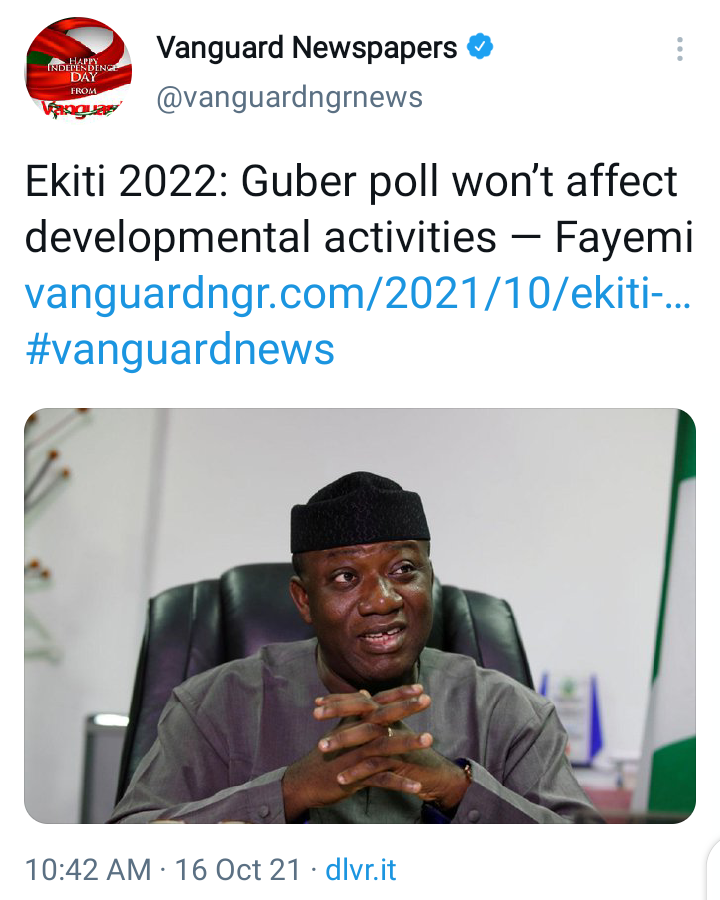 The governor explained that the Ekiti State Criminal law was a combination of the three-year review of the criminal code law.

He said that one of the main tasks he assigned to the Ministry of Justice immediately he came to office was to undertake a holistic review of the criminal laws of the state.