By Berrylee (self media writer) | 5 months ago 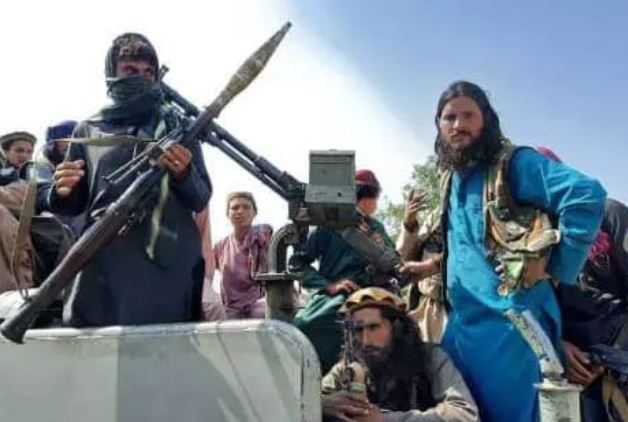 Azita Ghanizada claims that Afghan-Americans like herself were aware that Donald Trump's peace accord with the Taliban would "end disastrously," but that President Biden did nothing to prevent it.

The Kabul-born actress, who has appeared in films such as "Complete Unknown," "Ballers," and "Magnum P.I.," was in downtown L.A. Tuesday when we spoke with her about the Taliban takeover in Afghanistan, which she described as "a horrible situation to witness." 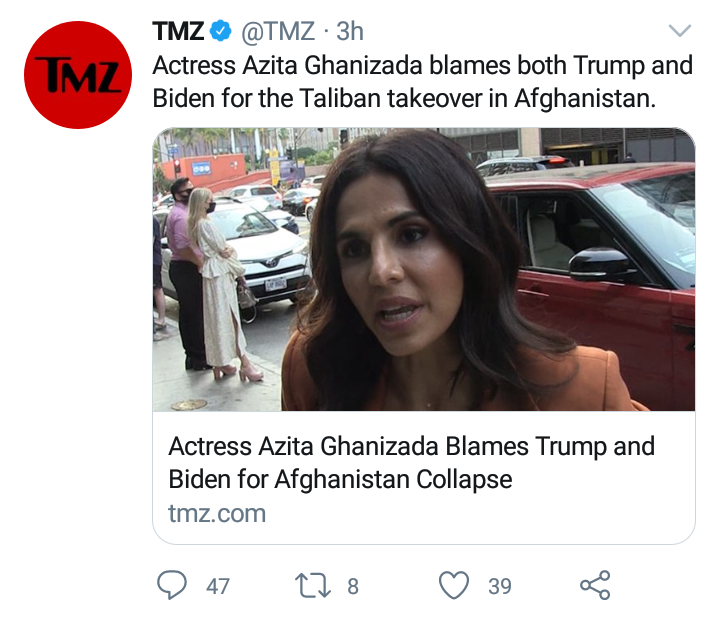 Azita, like many Americans, blames officials from both parties for the country's demise over the last two decades, but she singles out Trump for negotiating a peace deal with the Taliban in early 2020.

She does, however, call Biden's hasty withdrawal of US troops from Afghanistan a "stain" on his presidency... and believes it played a role in the current crisis.

Azita is also concerned about what this means for Afghan women's rights, as the Taliban's promise to protect them is dubious at best... and has already been contradicted by reports of a woman being executed for refusing to wear a burqa.

She tells us that women in Afghanistan are afraid because if the Taliban take control, they will be pushed back at least 20 years in society.

Finally, Azita appeals to the international community to assist refugees attempting to exit Afghanistan, stating that they are in a dire situation.

This was evident this past weekend, when hundreds of people stormed the Kabul airport in an attempt to flee, even attempting to cling to U.S. cargo planes as they were evacuated... and some even died.