By www.kosofepost.com (self media writer) | 2 years ago

The former Sole Administrator of Ikosi Isheri Local Council Development Area, Hon. Afolabi Bamise kazeem, an ally of the founder of Bet9ja, Adekunle Soname, has been tipped to succeed Princess Samiat Bada in 2021 as the council Chairman.

Immediately Samiat assumed office the influence soname's group comprising ABK, ondo State Commissioner for health, two term lawmaker representing Kosofe Constituency, Hon. (DR) Ajibayo Adeyeye and other notable politicians in Kosofe, were some of the stakeholders she consulted because there was no cordial relationship with the heavyweight politicians and the late Council Chairman, Engr. Abdulfatai Oyesanya of blessed memory.

However, PSB as Samiat fondly called, who earlier appeared possess the required leadership quality and ambassador of good governance when she came on board through funfare ceremony as if she won fresh poll naturally made many gladiators earlier reported in succeeding Oyesco to bury their ambition.

ABK at political gathering addressing party members in the past[/caption]

The enormous power the late Lagos East Senatorial lawmaker distinguished Senator Adebayo Osinowo conferred on PSB as the clearing house believed contributed to some of the reasons many gladiators recoiled into their shell and compelled some to give her saccharine smile as result of pull him down politics trending at the time.

High ranking state lawmakers and those jostling for elective and appointive positions in Kosofe and beyond reportedly consulted her for one support or the other through the late senator. However after June 15, every stakeholders have started carrying their cross.

Kosofe Post learnt that an associate of the "Alaga Tiko Jegbese" as soname fondly called; ABK supporters has since regroup and launched series of meetings outside Ikosi isheri on how to bring back ABK as the Executive chairman of Ikosi Isheri .

ABK, would have been pushed for Kosofe Constituency 2 bye election. However, politically he might be a wrong decision to do so now in a constituency, where there's substituting implied power rotation between Agboyi Ketu and Ikosi Isheri. Agboyi ketu, barely spent 5 out of its 8 years before the wicked monster death snatched Tunde Braimoh away.

ABK, gathered earlier been positioned for 2023 House of Assembly in Kosofe Constituency 2. However , the act of God, not man made developments in Kosofe has forced all the gladiators to go back to their drawing board which has necessitated ABK being tipped for Ikosi isheri council Seat in 2021 geared towards

demonstrating their right to vote and be voted for.

As 2021 Local government chairmanship aspirants in Kosofe generally formally unveil their agenda we shall keep you posted in general or soft news. 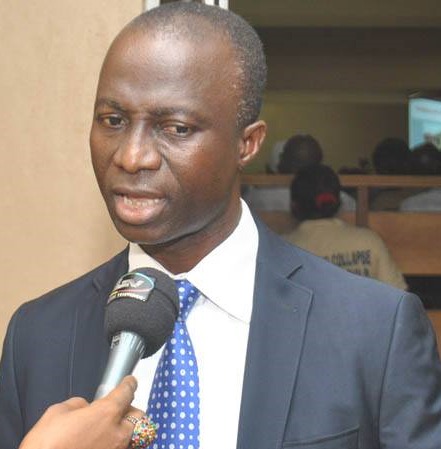