Ondo: Governor Bello and 8 others to lead the by-elections 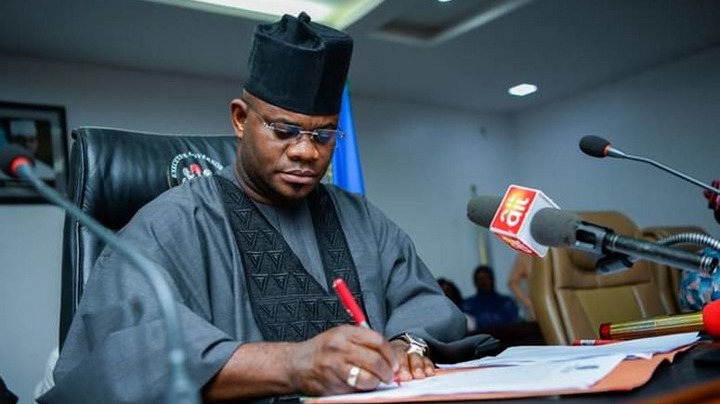 This is contained in a statement issued by the party's deputy national spokesperson, Yekini Nabena on Thursday in Abuja.

Nabena added that on Friday, July 17, Mai Mala would be sworn in at the party headquarters in Abuja.

The governors of the All Progressives Congress (APC), which is tasked with campaigning for the Edo State governorship, have convened an important meeting to discuss ways to achieve their goals in the September 10 by-elections.

It was reporter that the governors held the meeting at an undisclosed location as confirmed by a source at the party governors' headquarters in Abuja.

Among the party members who attended the meeting were; chairman of the committee, Imo State Governor, Senator Hope Uzodinma, and his deputy Ovie Omo-Agege; and Professor Julius Ihonvibere among others.

Until Buhari arrives, the Lagos-Ibada road and the Abuja-Kano road will not be completed

The EFCC lost in court, the Federal Government was barred from occupying Bukola Saraki's houses

Finally, Magu comes out and talks about the charges against him