Is this the most militarily defensible state in the United States? 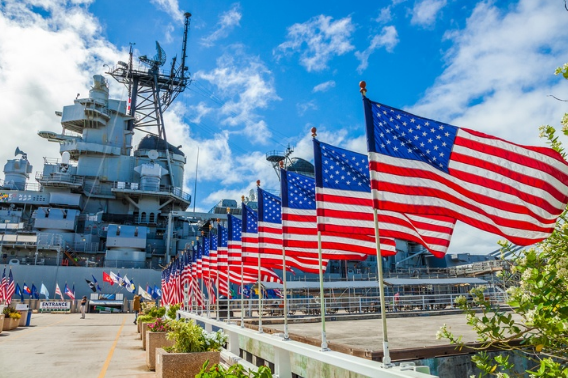 Hawai'i's location. Hawai'i is in the middle of the Pacific Ocean. Hundreds of miles from the nearest island chain, supplying an invasion and occupation force would be a nightmare. The state is 2,000 mi (3,200 km) from the mainland United States, and the closest island to the state is Midway, which is both a U.S. territory and over 700 miles (1,120 km) away. Once you have, by some miracle, conquered Midway, you still have to supply an invasion by sea for over 700 miles, which is not an easy thing to do.

The terrain. Hawai'i is a mountainous island chain dominated by dense jungles. The amphibious landing force would have to fight its way through each island in a long, brutal contest before regrouping and then doing it again on the next island. It's basically a repeat of the worst of the Pacific War: the defenders can inflict a brutal punishment on the initial assault and then fall back into the jungle and slowly attrit the invasion force, killing as many of the invaders as possible while the invasion force fights for every inch. Additionally, any invasion force would have to capture the mountains immediately, because it would be hard to conceal one's movement from observers posted on those mountains. The defenders could use those observers to fire artillery on the invasion force's logistical vehicles as they bring supplies over to the beleaguered infantrymen at the front, making resupplying soldiers at the front line doubly difficult. Oh and once you've seized one island, you have to do it all over again seven more times.

The Army and Marine garrisons. Hawai'i is home to two brigades of the 25th Infantry Division, the 3rd Marine Regiment, Marine Aircraft Group 24, and an Army National Guard consisting of 3 aviation companies and a cavalry squadron, and that's just the combat arms units. The Soldiers and Marines have deployed to Iraq and Afghanistan many times, so they have a lot of combat experience. Additionally, they do all of their field training in the jungle, and the 25th runs the U.S. Army Jungle Operations Training Course, so they know the jungle better than you. Hawai'i is the logistical hub of all US forces in the Pacific, so any invasion force will face defenders armed to the teeth with all of the stockpiled equipment and materiel on the island.

The US Pacific Fleet. Pearl Harbor is one of the most important bases the U.S. Navy has. An attack on Hawai'i would face every ship in the Pacific Fleet. Even landing a single soldier or marine would require winning the greatest naval battle since Leyte Gulf as the invasion force is attacked by over 200 ships and submarines, and 450 carrier-based aircraft (we only have 5 carrier strike groups in the Pacific). The Chinese love to brag about their new guided missile destroyers. The US Navy has had guided missile destroyers since 1988. There is no nation that can challenge American naval technology.

The Air Force garrison. Even after somehow defeating the naval forces in the Pacific, the invasion force would have a tough time enforcing air supremacy or depriving the defenders of aerial resupply because of the Air Force's F-22-equipped 19th Fighter Squadron on Oahu. Although there's only 1 squadron (the Hawai'i Air National Guard and regular Air Force share equipment, so the ANG squadron is not providing any additional aircraft to this fight), it's also only facing what's left of the enemy carrier's complement after winning the naval battle, and these pilots could get reinforced by orphaned carrier aircraft. Additionally, the US is the only country that manufactures stealth carrier planes, so no carrier-based aircraft used by any potential invader can stand up to the F-22. F-22s achieved a 10:1 or better kill ratio in tests against the F-15, so realistically, the F-22s could destroy the invasion fleet's remaining air power. China's entire carrier fleet has less than 90 aircraft and their pilots have no combat experience, so they do not have the advantage needed to defeat stealth fighters. There are also 2 airlift squadrons, 1 air mobility squadron, and 1 air refueling squadron on the base, so with the F-22s escorting them, the cargo planes would be able to keep the Soldiers and Marines well-supplied and reinforced. 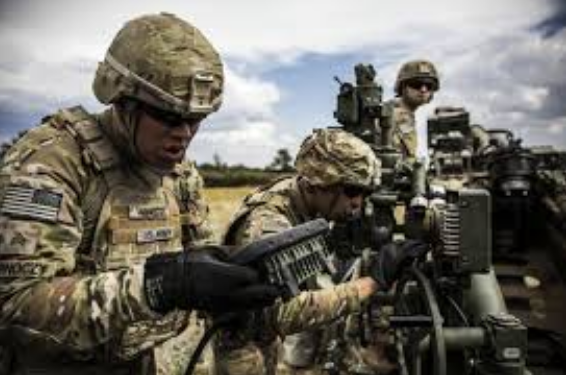