By Ayekooto1 (self meida writer) | 1 months

The special adviser to Governor Umar Ganduje of Kano state, Salihu Tanko Yakasai, popularly known as Dawisu was fired by the governor over what was described as Yakasai’s “continued unguarded comments and utterances which are deemed contrary to the stand of the All Progressive Congress (APC) government which he is serving.”

As at the time of Dawisu’s sack, there were report that he has been picked up by the Department of State Service for the same unguarded statement he made. 14 hours after he made the so-called offensive tweet, Dawisu has been declared missing before news filtered in that he was picked up by DSS operatives. 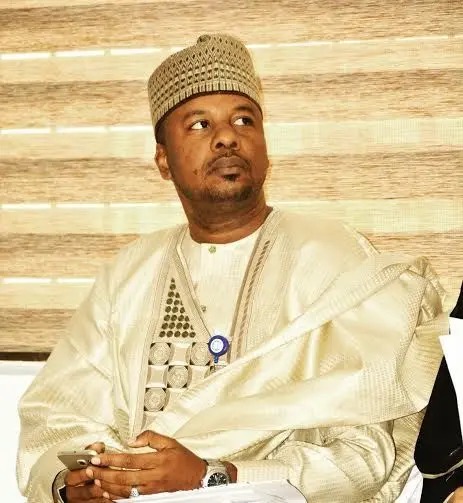 Below is the so-called offensive tweet that not only got him picked up by the DSS but also sacked by the government he served:

“Clearly, we as APC government, at all levels, have failed Nigerians in the number 1 duty we were elected to do which is to secure lives & properties. Not a single day goes by without some sort of insecurity in this land. This is a shame! Deal with terrorists decisively or resign.”

Dawisu has been a staunch supporter of the All Progressives Congress and by extension the government of the day both at his local level in Kano and at the federal level. However, this is not the first time he would run into trouble for criticising the government he supported and served. In 2020, he was dismissed by Ganduje after he tweeted his support for the EndSars protest. It took an apology letter published in a newspaper before he was reinstated.

The fate that has befallen Dawisu, a strong supporter of the APC, Ganduje and government of Muhammadu Buhari, is a pointer to the fact that those who are on the other side are likely to face more severe reaction from the government when they overstep their boundary. If Dawisu can go through such treatment being locked up for more than 12 hours, one can only imagine what would have happened to him if he is a critic of the government. If gold rust, what will iron do?

It is quite unfortunate that citizens’ rights are not guaranteed and criticism against the government is considered a serious offence that the DSS would wade into. Nigeria still has a long way to go.

Once You Cross The Age Of 40, Start Eating These 6 Foods Regularly In Order To Avoid Eye Problems.

9 years after Charlize adopted a girl and 'turned' her to a boy, look at how he looks now

Check out a comprehensive review of 2021 Toyota Tacoma