Nigerians have been found of comparing one administration to another since the returns of democracy in 1999. 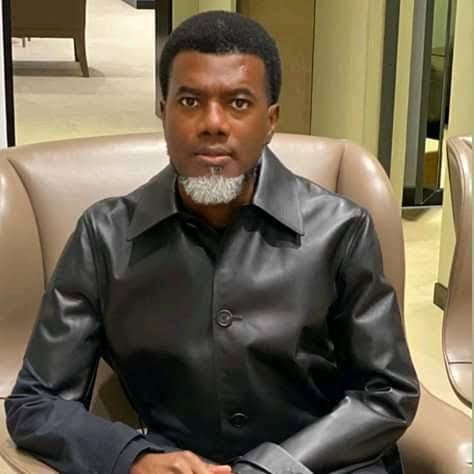 The former spokesperson to the former President Goodluck Jonathan, Reno Omokri recently dug out an old tweet by the then Buhari lover, Mohammed Dee Dee which has led to sharing of counter-tweets from the same man by Nigerians.

Reno Omokri shared on his official Twitter page with a caption ‘Just look at where hatred for Jonathan has brought us’; where Mohammed in 2014, was accusing former President Jonathan of bad economy when the price of dollar was $1 – N180. 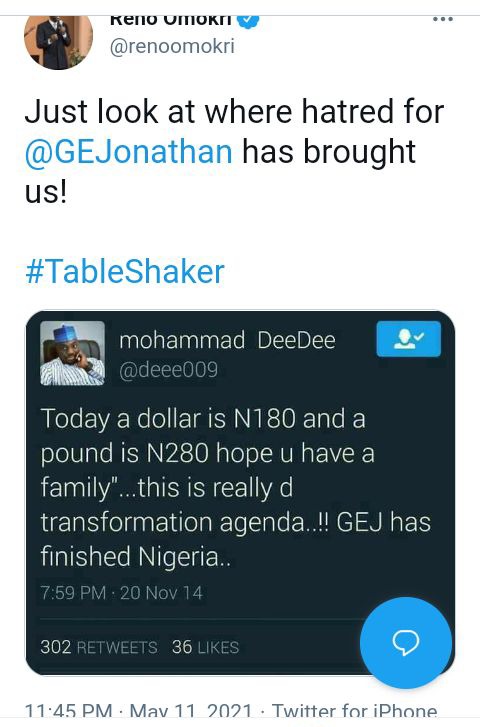 However, this throwback tweet has sprung to many twitter users to share more counter-tweets by Mohammed where he was praising Jonathan and accusing the current administration of worse government.

In one of the tweets shared by Michael Ebere, Mohammed tweets that: if the current president has never been in power, we wouldn’t have thought that we have missed a Messiah, pointing that he is not different from other politicians. 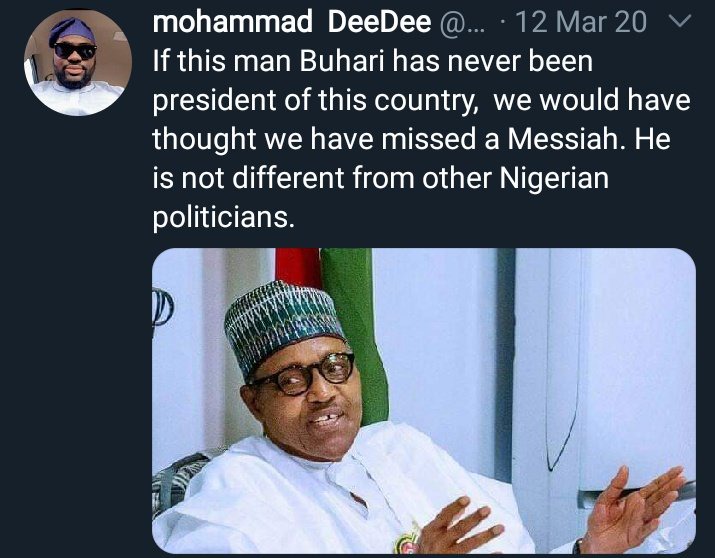 Another tweet of Mohammed share by Engr. Stanley reads: When you needed out votes you didn’t send us press statements. You came to us with promises, you walked in our midst, you promised to secure north. 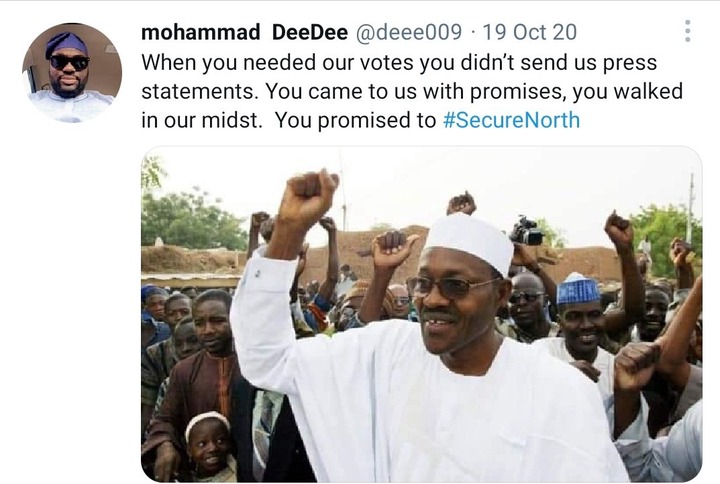 Every Nigerians, young and old knew the different between the past administration and the current one, even though they are always on diverse opinions, but the current economy woes and the insecurity Nigerians are witnessing presently is more devastating than during the previous regimes.

However, in reaction to the above manifestations, some Nigerians have also been reacting differently to current state of Nigeria, while reacting:

Sir, that rate as at that time wasn’t favourable to the economy. Not taking sides though, but the fact things are falling apart more under Buhari doesn’t mean GEJ’s tenure was any better. The tides have changed globally; economically things aren’t as they used to be globally.

Reno, I so much admire your boldness and courage to speak, standing with Nigerians at a hell -fire period like this. I missed GEJ, I have always loved him. He is d best Nigeria has ever had.

I think someone should catalogue all those promises made by the then opposition and now members of the ruling government and continuously broadcast them for the government to wake up to its responsibilities.

Many wish otherwise now with same one dollar at N490. So much inflation everywhere on commodities, Dangote cement prices hike and irons prices increases most alarming. 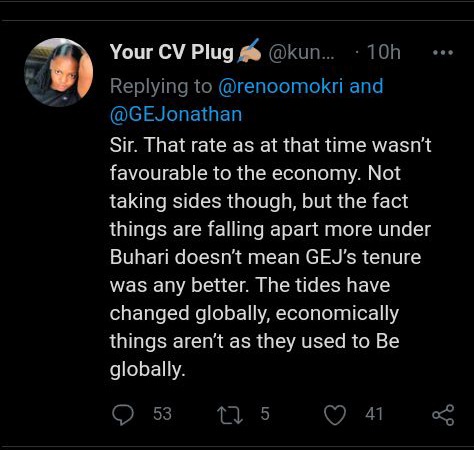 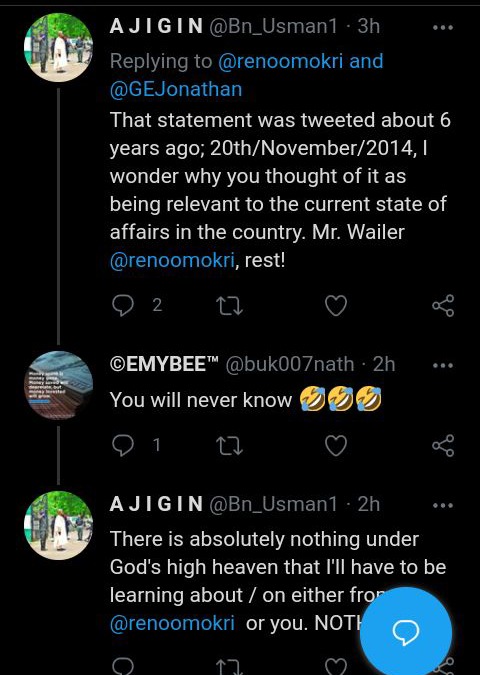 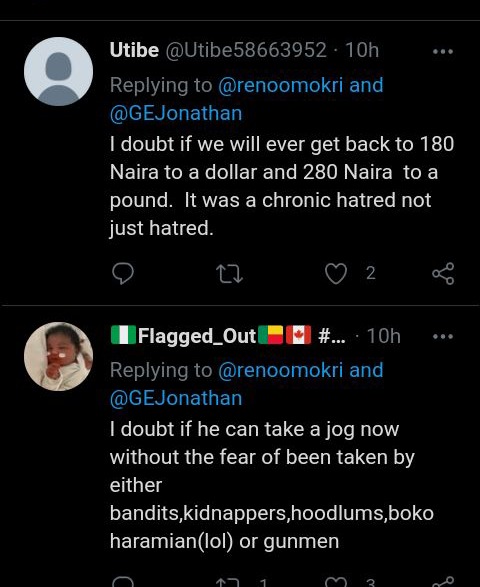 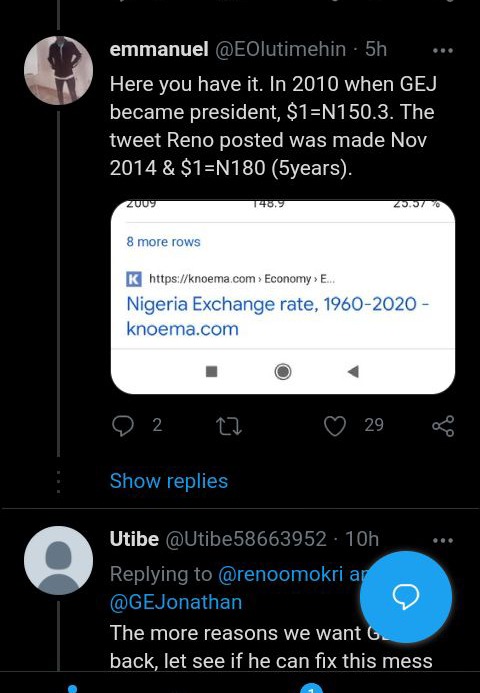 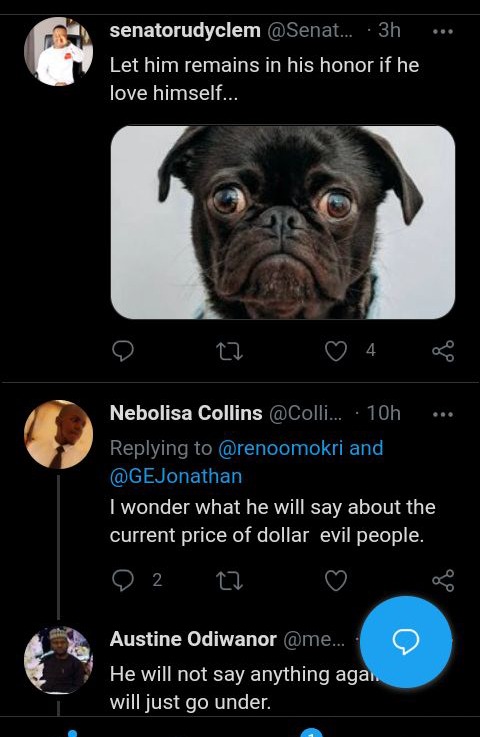 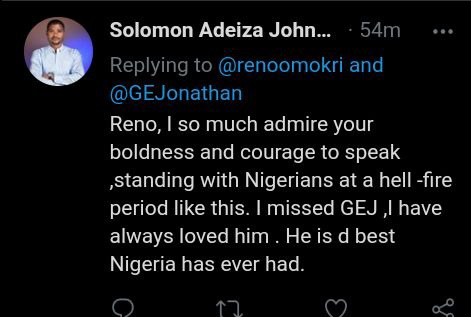 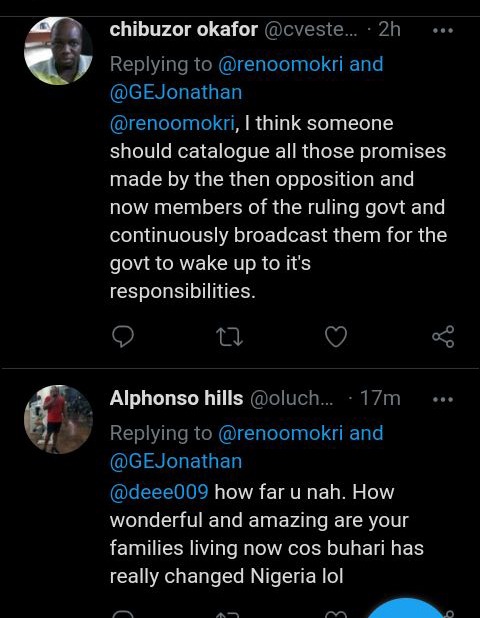 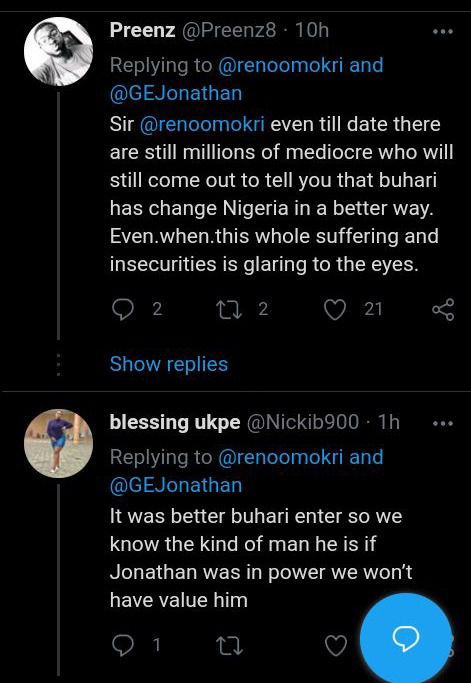 Check Out Six Beautiful Actresses With Thier Luxury Cars (photos)

Reactions As Nengi And Lucy Snubs Ka3na, While Prince Snubs Dortahy On The First Day Of The Reunion

"Why is it all the Yoruba people commenting on my accent?"- Singer Simi