Like other states in Nigeria, Osun State Chapter of the ruling party, All Progressives Congress (APC) held her State Congress, yesterday, on Saturday October 16, 2021. 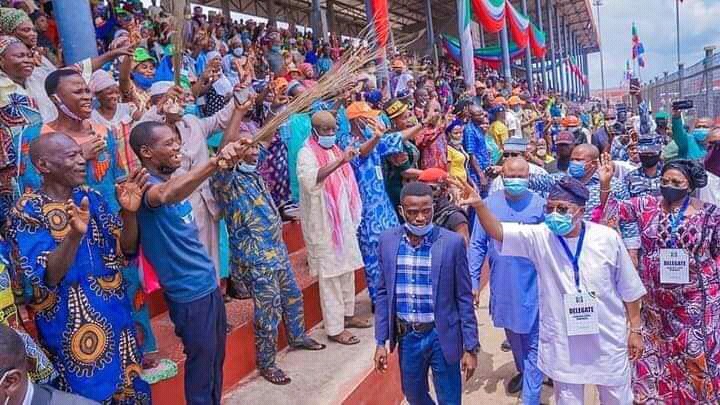 It could be recalled that the ruling party in Nigeria had, earlier, commenced activities to elect new members of the National Working Committee (NWC) of the party.

In the light of this, the ruling All Progressives Congress (APC) had, earlier, conducted her wards and local government congresses across the 36 states of the Federal Republic of Nigeria.

On Saturday, the ruling All Progressives Congress (APC) elected States Executives of the party across the federation where Osun State was not exempted. 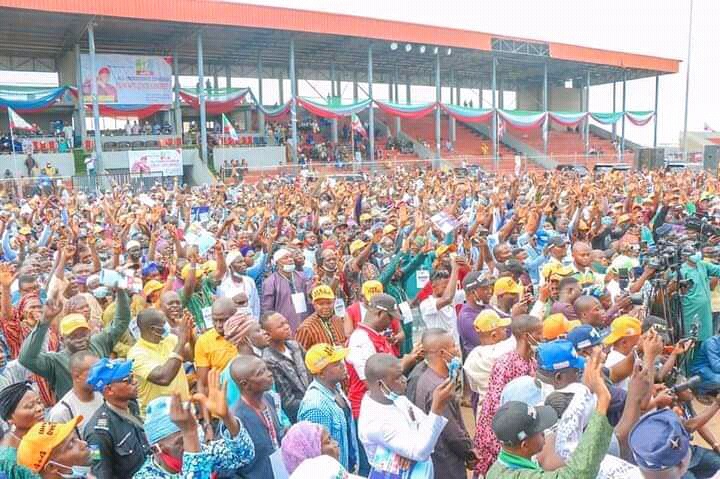 Photo: Cross Section of delegates at the State Congress, culled from Facebook

At the end of the State Congress of the ruling All Progressives Congress (APC) in Osun State, the Gbenga Elegbeleye-led committee stated that 1840 delegates across the state voted to elect the new set of the State Executives.

Party dignitaries, political office holders, opinion moulders and notable members of the party were present at the venue of the State Congress, Osogbo City Stadium, to cheer the peaceful conduct of the exercise. Former caretaker chairman of the party, Prince Adegboyega Famodun, was returned as the Chairman of the party in the state. 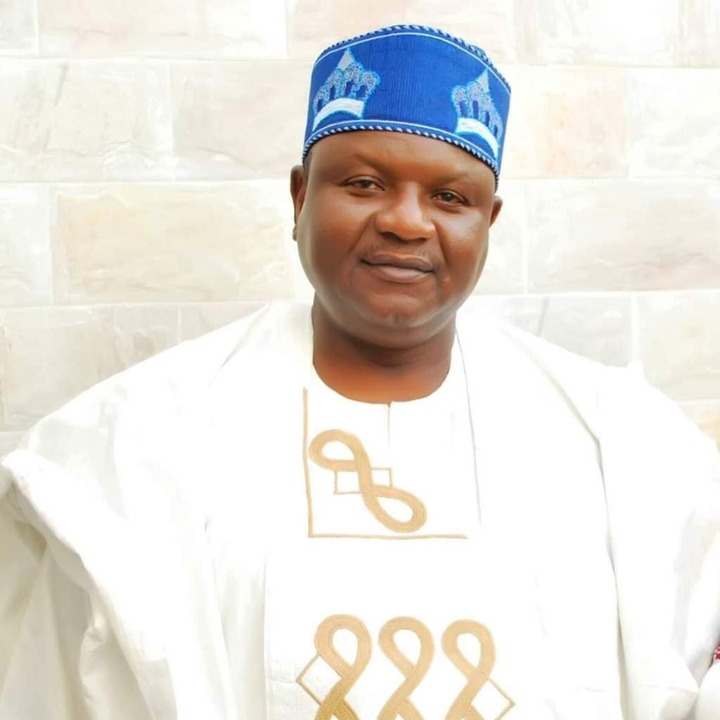 However, one of the most prominent leaders of the All Progressives Congress (APC) in Osun State, Ogbeni Abdulrauf Adesoji Aregbesola, was not sighted throughout the exercise. 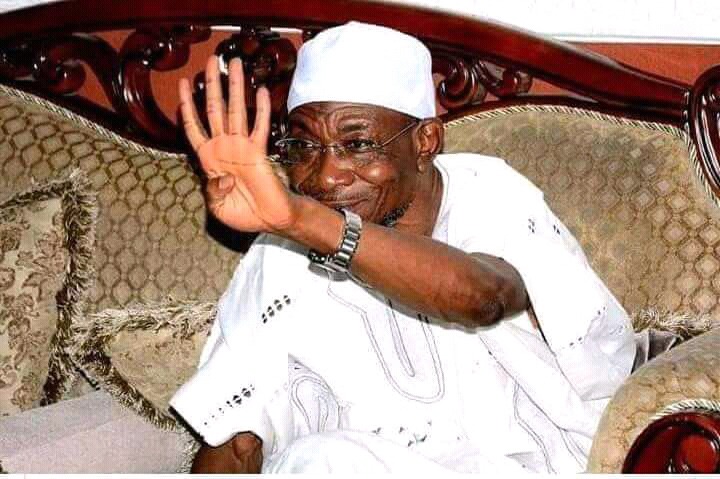 Sincerely, the absent of former governor of Osun State and the incumbent Minister of Interior, Ogbeni Abdulrauf Adesoji Aregbesola, at the venue of the State Congress of the ruling party, All Progressives Congress (APC), called for concerns.