By Samueltheike (self media writer) | 2 years ago 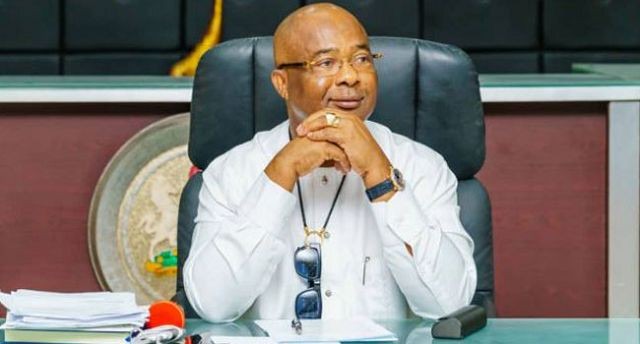 IMO state recent governor(hope Uzodimma) who in an astonishing way became governor after the suit he made against the ex -governor Ihedioha.

As a parable says that "what goes around comes around " has been applied in the case of Hope Uzodimma as the federal high court, residing in Abuja, has on Wednesday heard rhe argument on a suit filed by the Reform and Advance party(RAP) and its candidate,Okere kingdom, seeking the discharge of the IMO state governor Hope Uzodimma.

On Wednesday, kingdom told the court that he filed an applications for the shorten time within which the defendant would file their responses.

Meanwhile, the defendants have only 30days to respond but the litigant told the court that he made the application for the court to deprived the time due to the urgency of matter.

Following the matter,the applicant who is a lawyer, maintained that the matter was of constitutional importance.

He argued that Hope is illegally occupying the government seat,without participating in the 2019 election as a candidate of any political party.

However, the defendant objects to the application on ground that they needed more time by the constitution to respond.

After which the independence national electoral commission(I N E C) council, Alhassan Umar, told the court that the defendants needed to take sufficient time as allocated by the law to respond.

Je also argued that the plaintiff could not take the required time to file his processes only to ask the court to abridged the time for the respondents.

Later the justice hearing the case adjourned the matter until July 20 for the next hearing of the application. He then direct that hearing notices should be served on the peoples Democratic party(PDP) since the party was not present in court.

Content created and supplied by: Samueltheike (via Opera News )