See why You should not Blame Your State Government when Road Projects are Delayed. 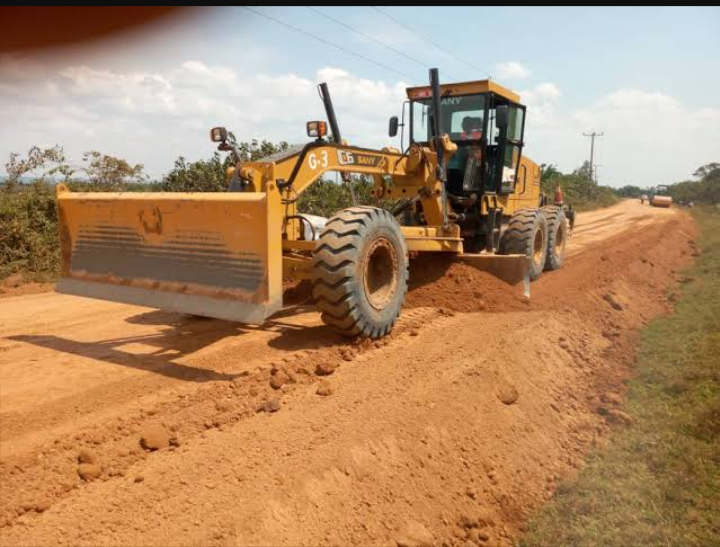 There are reasons why Government's projects on road construction may fail or be delayed.

When these happened, we tend to blame the government and speak evil of the person in position as either the president or the state governor.

We must at times act this way because we really do not know why such projects should be delayed. In fact in most cases, we just concluded that the government has used the allocated money meant for the projects for his/her personal projects.

But I am sure that you will probably have another of things after you must gone through the reason I am about to show you.

Below are the reasons why government projects on road construction may be delayed especially in this raining season.

1. Delayed in the state allocation. Most governors of the state promises their people with the hope that the state allocation from the federal level will soon be released.

But when this failed or it is delayed, the governors are left to face the citizens who will draw conclusion that their governor has used the money meant for the community projects for personal use.

Let me say here that, no governor has any legal right to produce money and as a result of that, they have to wait for the money.

So instead of insulting our government either at federal, state or local level, let us make sure that the projects are not being delayed as a result of the delayed allocation meant for such state. If your state governor is made promise to contract road in your area this raining season, please be patient with him.

Construction of roads in raining season need a lot of patience if the road must last.

i. Take for instance, when contracting drainages, it will be faster in dry season more than it will be in raining season. Concrete used to make drainages need to become solid before else, erosions moving through the drainages will wash the cement away.

ii. Machines may get stocked in the mud thereby making it difficult for the contractors to work at the pace they would have work if it was to be dry season.

So let's try to consider this also before we think otherwise.

Government can make promise to construct road and go ahead to give contractor/ contractors some money to start the road.

But when contractors now fail to resume the work on time, we assume that government has lied to us.

Not knowing that government has done its part but contractors have failed to resume work.

Let's also think of this before using abusive words on our government. Be it federal, state or at local level. Do you know that it is possible for the heavy duty equipments being used for the road construction to develop fault and thereby leading to delay of such work.

At this point, people may assume that the equipment were brought to deceive them into believing that work will soon start.

But in the actual facts, the government have given the allowance for the project to begin.

Please my good people, let's try to consider all these reasons before will begin to say otherwise.

I am not saying that there are no cases where public funds has been misused, but I am saying that we should try to be sure of something before insulting or saying things that tarnish the images of government.

Here is what I suggest, pray for Nigeria. When you wake up in the morning, pray for government. Remember that prayer can change any situation.