Yoruba is the glue holding Nigeria together - Chief Olu Falae 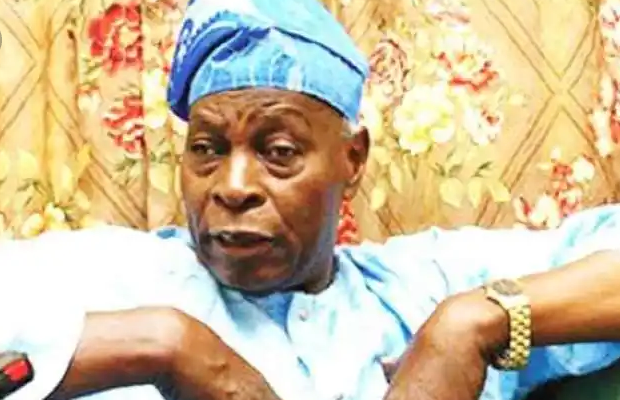 It was reported that Chief Olu Falae, an Elder Statesman, had said that the Yorubaland is the glue holding Nigeria together. However, he was able to give a tangible reason for his statement.

Falae who was a former secretary to the Government of the federation and also the former minister of finance, was interviewed, saying that when crisis or insecurity displaces Nigerians, they find solace in the South-West. He stated that the Yorubas have invested more than most ethnic groups in Nigeria. He justified his statement by giving an example. He stated that if he is to prove his point, they should take a look at the East. If there was a crisis there, the people there would likely rush to the South West and also if there was a crisis in the North, the people there would also likely rush to the South West.

He also went further to say that the Yorubaland is also the refugee camp of Nigeria, ie. It is where everyone is welcomed, accepted and looked after.

In one his statements, he went further to say that "We have demonstrated that we are the most accommodating, we are the cementing culture in Nigeria. So, there is no way we can secede. This is our home."

With his points, he was able to highlight why Yorubaland is the glue holding Nigeria. He made this point while he was explaining that restructuring would solve most of the country's problems, especially insecurity.