JUST IN: Top Breaking News Headlines In Nigeria and Beyond.

On a cloudy Sunday morning, we have the following breaking and trending news headlines.

8. Police abandoned my husband in hospital after shooting him – Wife of estate valuer shot by Oyo cops.

11. I don’t flaunt my curves to seek attention –Mandy Ujunwa.

15. As kid, I scavenged my village for scraps, to make gadgets — Varsity student who built hybrid generator.

18. Blogger, others threatening to stone me to death –Doctor whose patient died after cosmetic surgery.

19. I thought my life was over when my parents died –Idahams.

25. Trillions lost in agency, not N40billion: More revelations on Akpabio, Nunieh, others

27. All to play for as Premier League enters final week of the season.

28. Algeria says public companies lost over $1bn due to coronavirus.

32. Senate president not nursing ambition to contest for president in 2023 — media adviser.

36. Muslims gathered in the Kenyan city of Mombasa for Friday prayers for the first time since March when all places of worship were ordered.

40. NYC seeks compensation for victims of rape, murder in Oyo.

46. A former Chairman of the Nigeria Governors Forum (NGF), Alhaji Abdulazeez Yari, said that the All Progressives Congress (APC) would ensure power shift to the South in 2023.

50. THE railway station in Agbor, Delta State will now be called Goodluck Jonathan Railway Station and Complex in honour of the immediate past President of Nigeria.

52. Ibidunni Ighodalo Foundation launches ‘Project 40 at 40’ in memory of founder.

55. The Nigerian Air Force (NAF) will today give details of its preliminary investigation into the circumstances surrounding the death of Nigeria’s first female combat helicopter pilot, Flying Officer Tolulope Arotile.

56. Hassana, the wife of former Edo Speaker, Zakawanu Garuba, who was abducted along the Lokoja-Abuja highway on Saturday, has been released.

57. Minister of Transportation Rotimi Amaechi said the number of passengers per coach would be reduced from 88 to 40 to comply with social distancing.

62. NDDC: I was pressured to spend N10b as Christmas ‘palliatives’ — Nunieh.

67. Having hits does not equate to wealth in the industry – Steve Osagie.

70. Why my impeachment won’t work —Ajayi.

74. I’ll win the state for PDP and Ondo people —Olafeso.

75. Dep gov must resign his office as the ticket belongs to APC —Adetimehin.

76. It was so tough I was wearing my father’s native attires in university —Agbeyo.

77. For 19 years, NDDC couldn’t point to one solid project —Akpabio.

Thank you and stay tuned as more is coming soon. 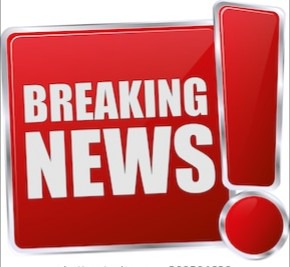