How are China’s economic, social development goals for 2021 determined? 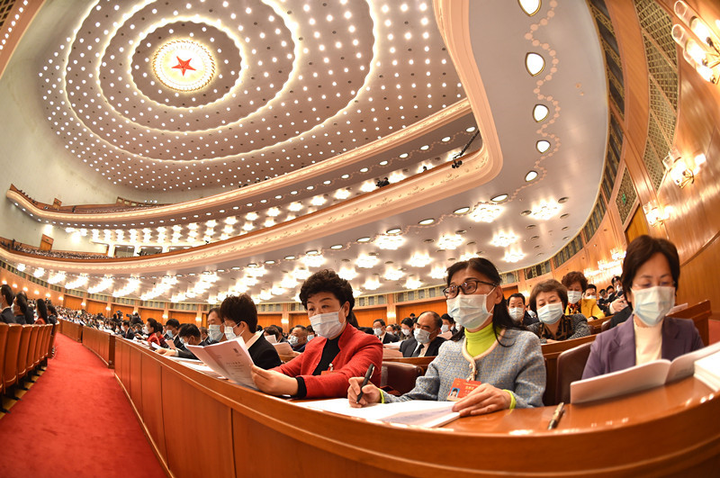 Photo taken on March 5 shows deputies to the 13th National People’s Congress (NPC), China’s top legislature, listening attentively to the Report on the Work of the Government delivered by Chinese Premier Li Keqiang at the opening meeting of the fourth annual session of the 13th NPC at the Great Hall of the People in Beijing. (Photo by Lei Sheng/People’s Daily)

China will target GDP growth of at least 6 percent in 2021, Chinese Premier Li Keqiang announced on March 5 in the Report on the Work of the Government delivered at the opening meeting of the fourth annual session of the 13th National People’s Congress (NPC), China’s top legislature.

How have this figure and other key economic and social development goals for 2021 laid out in the government work report, which is based on the results of the country’s annual tone-setting Central Economic Work Conference held last December, been determined?

Last year was an extraordinary year in the history of the People’s Republic of China. Since the COVID-19 pandemic added to the uncertainty facing the world economy, China didn’t set a specific target for economic growth for 2020. After painstaking efforts, the country eventually achieved a 2.3-percent annual growth in its GDP last year, a result much better than expected.

Many noted that China is more confident and energetic at the start of its 14th Five-Year Plan period (2021-2025), the officials said while interpreting key issues mentioned in the newly released government work report, including main economic and social development goals and macroeconomic policies. 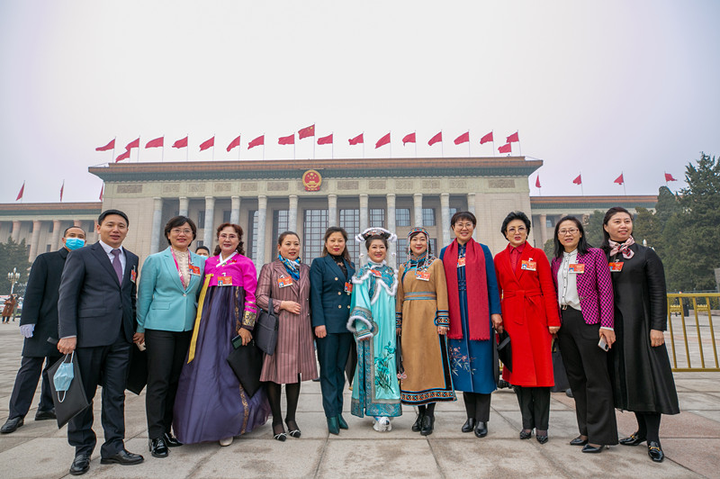 Photo taken on March 5 shows deputies to the 13th National People’s Congress (NPC), China’s top legislature, posing for a group photo in front of the Great Hall of the People in Beijing before the fourth annual session of the 13th NPC kicked off. (Photo by Zhang Wujun/People’s Daily)

The over 6 percent GDP growth target is based on many factors, including the current economic recovery process, low base numbers as well as the need to maintain sustained and sound development, said Sun Guojun, a member of the Leading Party Members’ Group of the State Council Research Office.

The Chinese economy began to recover from the COVID-19 pandemic in the second quarter last year, and the recovery continued to accelerate in the following quarters, Sun explained at the press briefing, saying that the country is expected to maintain the overall smooth operation of its economy this year.

China’s GDP is estimated to grow much faster in the first quarter this year than it did in the same period last year, and the country’s GDP growth may then slow down in the following quarters, Sun said, adding that when setting economic growth target for this year, the country needed to take into consideration both the situation of this year and that of the following years and avoid abruptly high or low annual goals, so as to ensure long-term smooth running of the economy.

Believing that employment matters the most in people’s lives, the country plans to create over 11 million new urban jobs, and maintain a surveyed urban unemployment rate of around 5.5 percent, according to the new government work report. 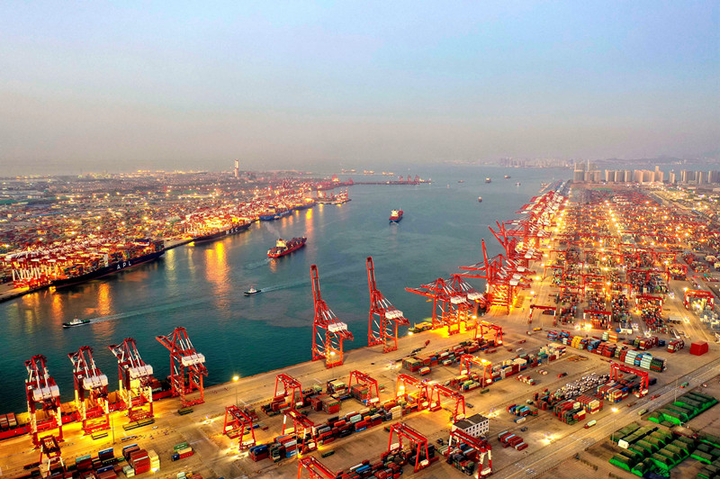 Photo taken on Nov. 9, 2020 shows cargos are being loaded onto and unloaded from container vessels at the brightly-lit Qianwan Container Terminal of Qingdao Port in east China’s Shandong Province. (Photo by Han Jiajun/People’s Daily Online)

China’s new urban employment target is the same as that set for 2019, which is not an easy goal, said Guo Wei, deputy director of the State Council Research Office, adding that it has proven that the government work report has continued to give high priority to employment and stress pro-employment policies according to the decisions of the Central Committee of the Communist Party of China (CPC).

Since the country is still recovering from COVID-19 and faced with complex economic conditions, it needs to make greater efforts to achieve such targets, Guo said.

In the new government work report, China lowered its goal for CPI increase to 3 percent this year from 3.5 percent in the previous year.

The figure signals the Chinese government’s confidence in keeping the CPI increase at a relatively low level, Sun said, explaining that food prices represent a large part of the CPI, and that since China has scored consecutive bumper harvests, it has been able to ensure the supply of agricultural products and enjoyed a solid foundation for stabilizing prices.

In the face of a global public health crisis rarely seen in human history, China formulated and implemented macro policies to meet the urgent needs of market entities and kept the fundamentals of the economy stable, Li said in his new government work report, noting that the country will ensure the continuity, consistency, and sustainability of macro policies to keep major economic indicators within an appropriate range this year.