By 6ixMoney (self media writer) | 1 year ago 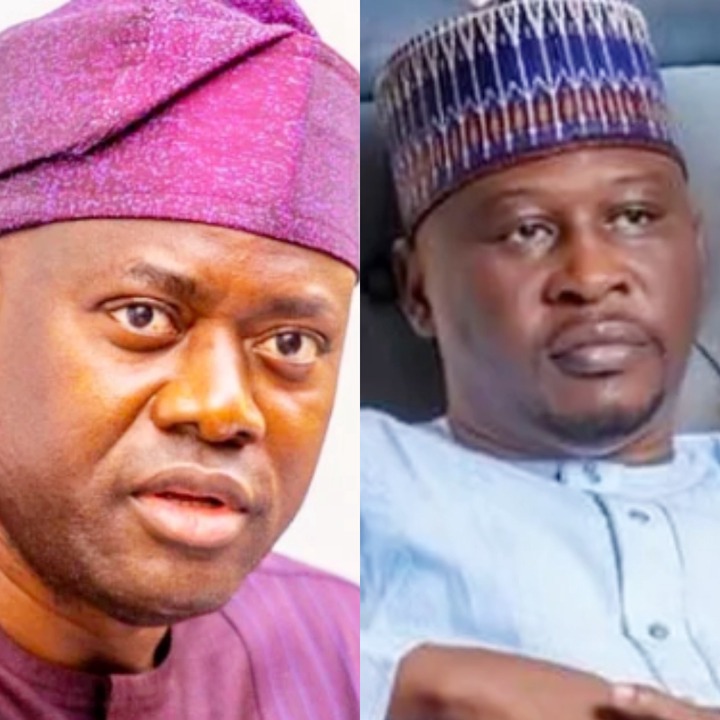 President From North-East Will End Insurgency-Fintiri 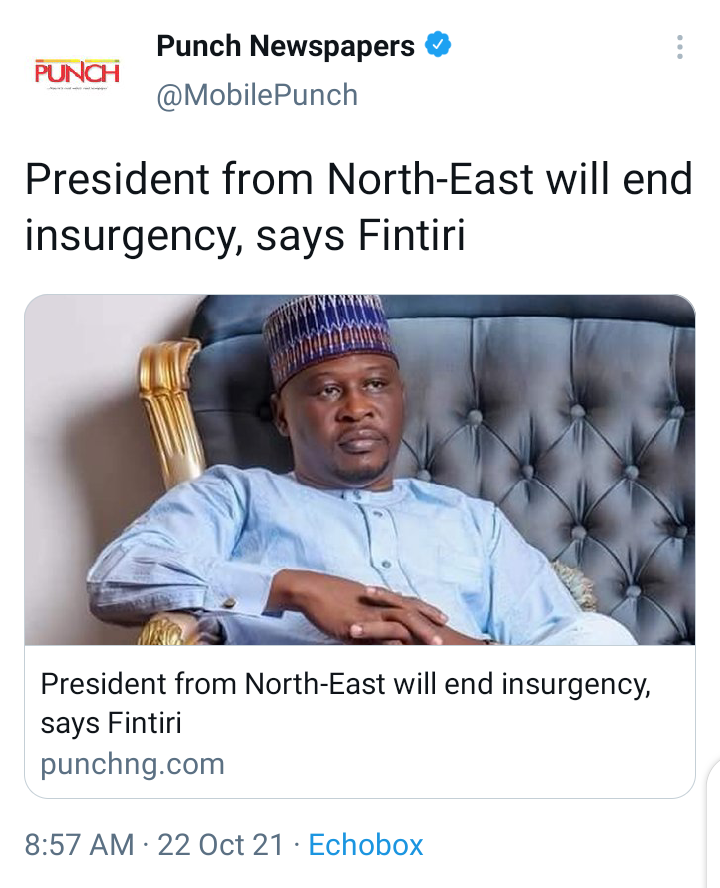 Adamawa State Governor, Ahmadu Fintiri, has said electing a President from the North East will bring an end to the insurgency being witnessed in parts of the country.

Fintiri, who was represented by his Chief of Staff, Prof. Maxwell Gidado, disclosed this at 2021 North East Star Magazine awards, where he was honoured as the Governor of the Year.

The governor noted that insurgency in the North East would end within the first term of the Presidency of any candidate of North Eastern extraction.

He added that though the former chief of Army Staff, Lt. Gen. Tukur Buratai, did his best in trying to bring the insurgency to the end, he said his effort only resulted in modest gains because the counter-insurgency efforts did not get the 100 per cent support required from the presidency. 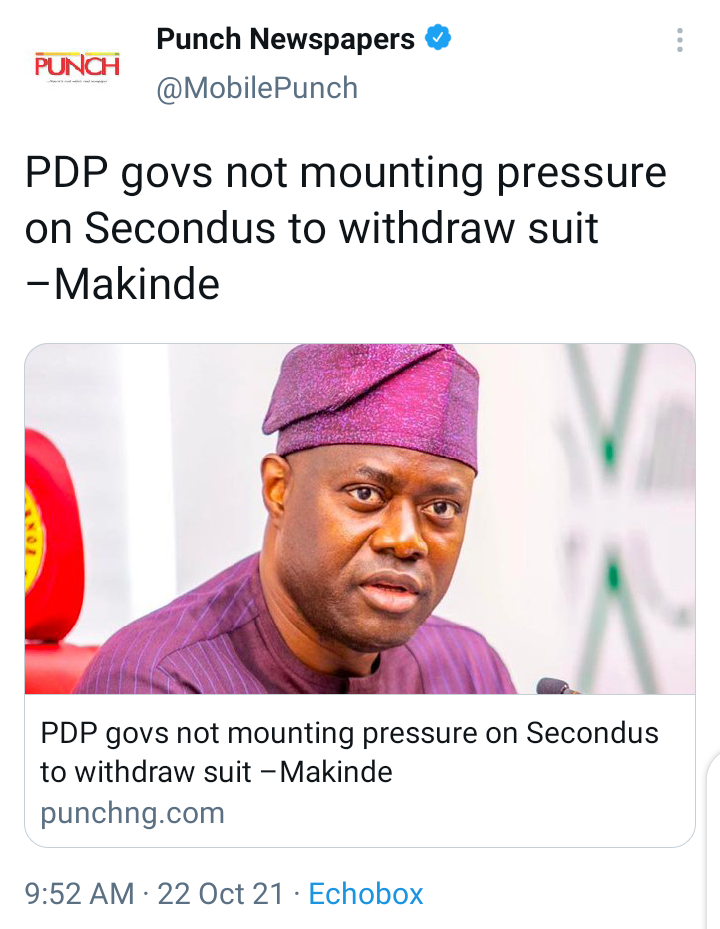 The Governor of Oyo State, Seyi Makinde, has denied that members of the Peoples Democratic Party Governors’ Forum are mounting pressure on the outgoing National Chairman of the PDP, Uche Secondus, to withdraw his case against the party from court.

Makinde also denied having presidential or vice-presidential ambition in the 2023 general elections.

This is just as he stated that members of the PDP who have failed to deploy the internal dispute resolution mechanism of the party before dragging it before courts, especially towards frustrating the forthcoming national convention, should not be allowed to benefit from the party.

The governor made these known while featuring on Politics Today, a current affairs programme on Channels Television, which our correspondent monitored from Abuja on Thursday.

Responding to a question on the likely effect of the case instituted by Secondus on the forthcoming national convention of the PDP, Makinde said, “This is a democratic party. We believe in the judiciary. By all means, he can go ahead with his case. But we have mechanisms internally for the party to resolve issues within ourselves and I still believe that that mechanism is still there.” 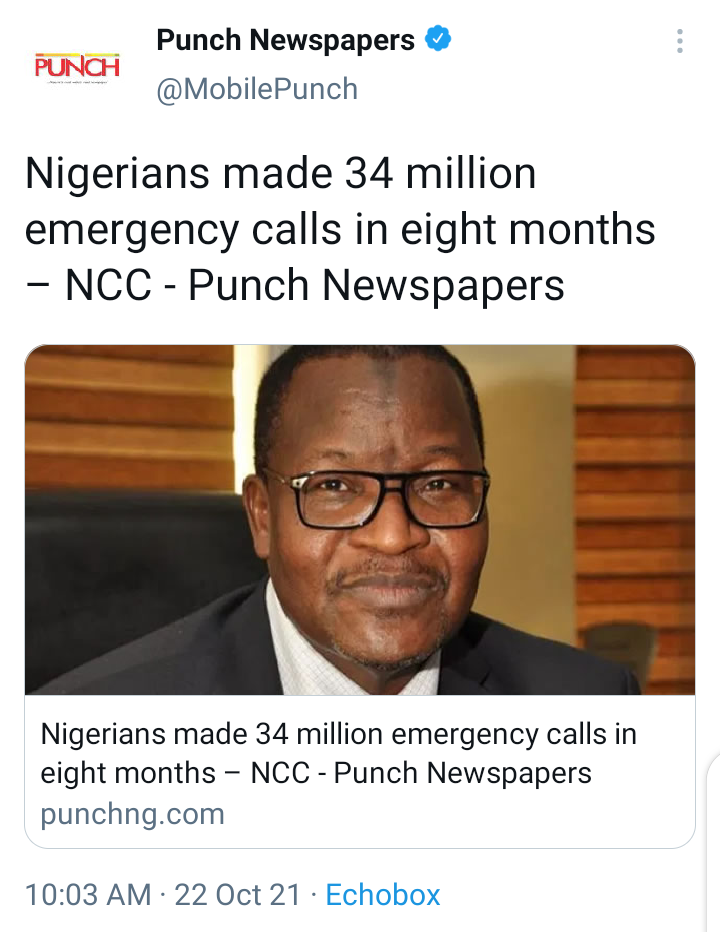 Danbatta disclosed this in Abuja on Thursday at a two-day All Nigerian Editors Conference with the theme: ‘Media in times of crisis: Resolving conflict, achieving consensus’.

According to the NCC boss, there are Emergency Communications Centres in 23 states and Federal Capital Territory, with ongoing plans to establish the centres in nine more states and the remaining four states by the end of 2022.

He said, “The NCC embarked on the establishment of ECCs across the states to offer a lifeline to citizens in times of distress.