Opinion: As More Defections Loom In PDP, Only These 4 Options Can save It From 'Sinking'

By Hisexellency (self meida writer) | 27 days

When we say politics is a game or number or strategy, it just goes to tell you how flexible things can be and the need for a grass root politician to be able to adapt to situations. Unpredictable political climate can sometimes shift us out of balance but nevertheless, we still need to maintain our stability. Recent events have just proven what lies ahead of us in the upcoming electoral year. 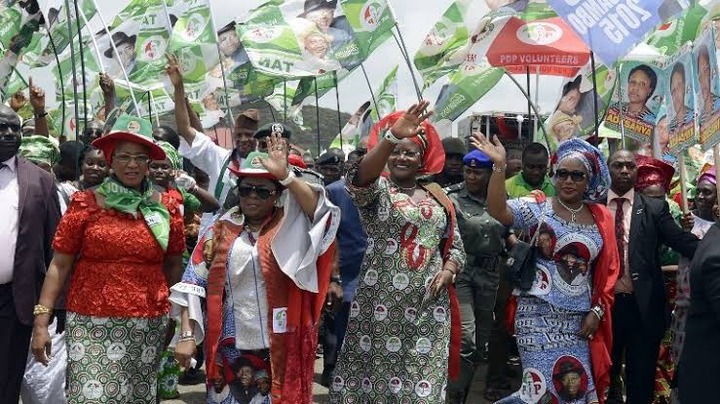 Remember that very close to 2019 election, we saw different kinds of drama taking place with the sudden defection of a set of big heavyweights to the main opposition party Peoples Democratic Party and after the election, we saw a reverse - is all part of the game! So far, in their own wisdom many are beginning to study the political circle very well ahead of 2023 and are making decisions from their own perspective. Like who would have thought that the likes of Femi Fani Kayode and a few others could be allegedly planning to dump the party for political reasons.

Fact is , with some Governors like Umahi, Matawalle and other politicians leaving the camp of PDP to APC and even rumors of others likely to join, the opposition may need to just change tactics. There could be something the PDP needs to address internal before becoming fit enough to challenge the All Progressive Congress in the 2023 battle. We can clearly see that the party which was at held power at the inception of democracy in 1999 is now like a sinking ship however all hope shouldn't be lost. The current state of the he PDP is not so pleading with the party having just a few strongholds in the nation and loosing some of its prominent personalities. Even its style of opposition depicts a form of weakness. 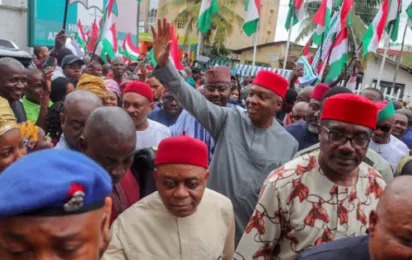 But as just as they say, to every problem, there is a solution, no matter what, the fact that the Peoples Democratic party has has once between in central power for a long time and is arguably one of the largest in west Africa shows that it still has potential to regain its lost glory. As it is witnessing the storm of the day in the form of massive defections, here are possible options which will still make it stand stronger and become more formidable for the future;

1. Win Some APC Heavyweights to its side: 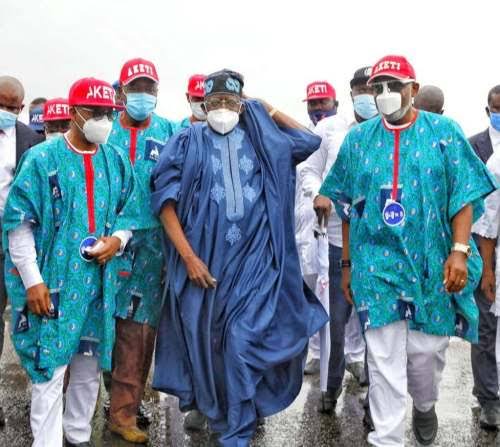 Since Its a common thing to say that their is no permanent friend or enemy in politics, the former ruling party can take the advantage of negotiating with some of the influential big wings in the APC to get their support. This may not be an easy task but it is very possible. We have seen even some top members of PDP decamp to other parties so this is no big deal. Its about a proper negotiation strategy and this what the PDP should apply. The likes of Fayemi, Amaechi, Ganduje can added more strength to the party. In addition winning the support of elder statesmen like Abdulsalam Abubakar, Olusegun Obasanjo will also go a long way in making it more formidable. 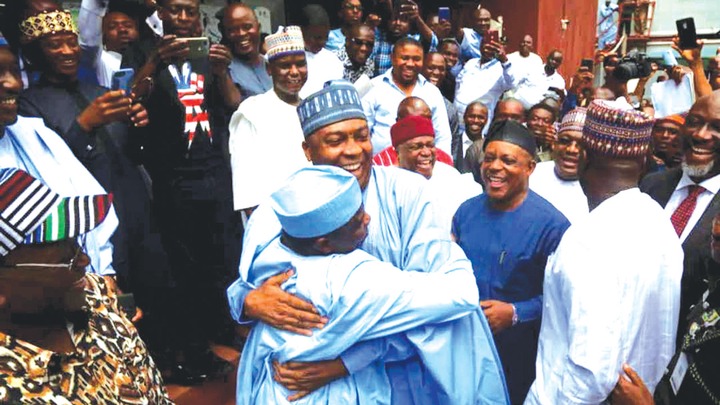 One of the ways in which the People's Democratic Party can bounce back to Aso Rock could be through the zoning pattern because it will definitely influence the decision of voters. Some may say zoning it to the North may not reflect justice and fairness on the part of the south but of we must tactical, a northern candidate still has higher chances of defeating an APC candidate. The region has a very strong political base. To balance the equation, a South easterner could be the running mate. Though many may not buy this idea but this a more tactical approach. 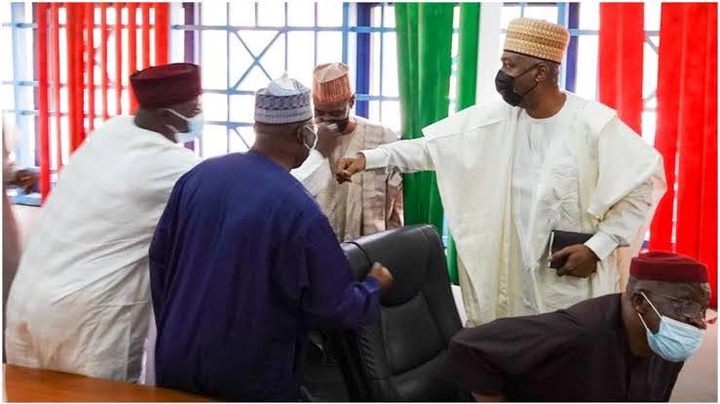 Many politicians have benefited using the platform of the People's Democratic Party and it is only unethical for such people to abandon the party after achieving their aim. There are elected officials who would have outrightly lost an election if they were under the umbrella of another political group. But the rode on the fame and strength of the PDP to get to were they ate today. Such people still later dump and even castigate the party. Its high him the party starts taking actions against such set of people to avoid all these unnecessary defections. A constitution should be established within the party that any one who came on the platform of the party and wants to leave should vacate his office. This will enable proper action to be taken against such. 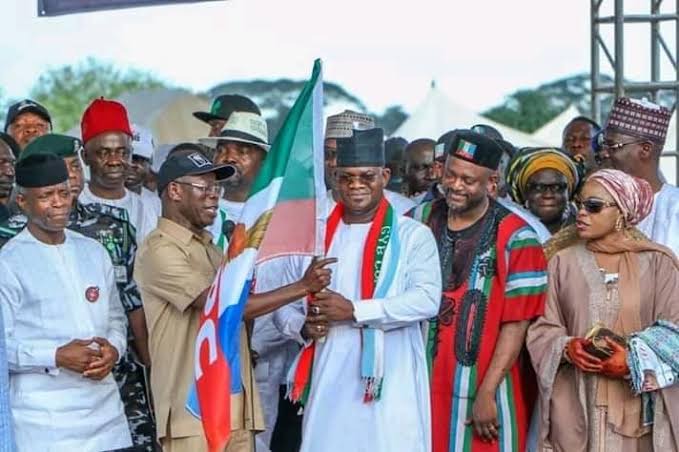 Ever since being on the opposition side, it has not lived up to expectation as regards it role. Going by some of the inadequacies we are experiencing at the moment, it ought to stoop up as the voice of the masses and male constructive criticism and prover some suggestions on the way forward. It is as if they got used to being in power that they forgot how to play the role of an opposition. It should above perceived intimidation and harassment by the its counterparts and take device actions against the current failings. 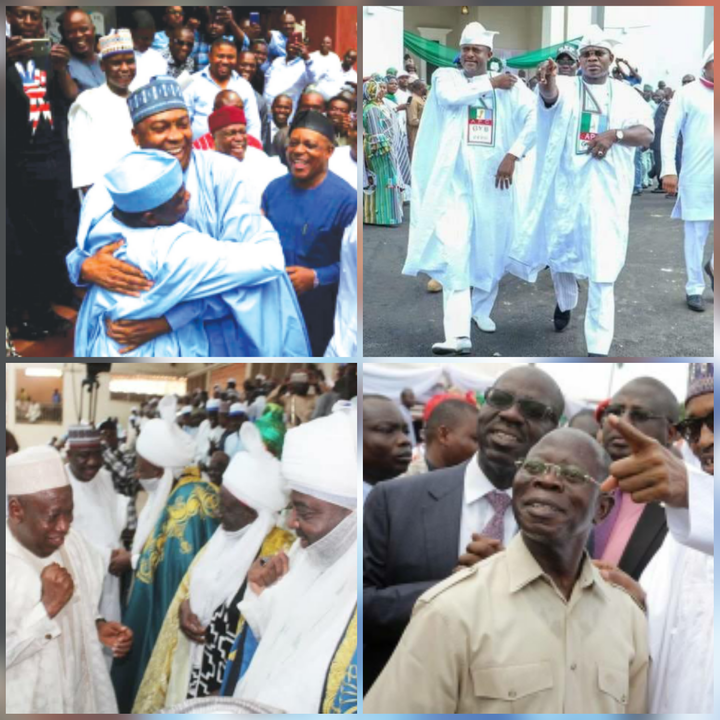 Reno Omokri Drags Tinubu, See What He Called Him After He Asked Nigerians To Pray For Buhari

Want To Attend An Owambe Party? Here Are Some Beautiful And Stylish Gown Styles You Should Try Out