IPOB: We Will Participate In Nigeria Politics, But Before You Curse Kanu Hear IPOB's Intention.

By Ejor.com (self media writer) | 1 year ago 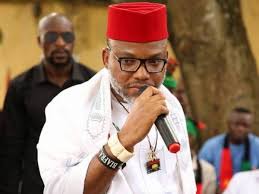 Notwithstanding, all opposing thoughts about Mazi Nnamdi Kanu, he still remains one of the public personality I hold at high esteem. He is dogged and assiduous. Very determined and courageous. He should be one of the most courageous individuals in Nigeria. He bends not even in the face of adversity.

He and his governing council members of IPOB have remained resolute in pursuit of sovereign state of Biafra. It's a cause he took to heart. He has been jailed, cursed, humiliated and currently on exile to unknown place because of Biafra secession. 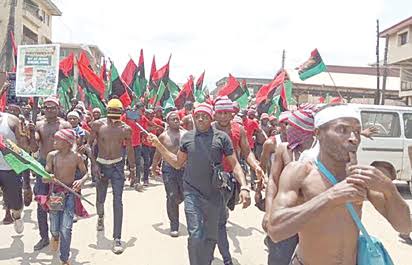 If not because of the kind of person he is and the unwavering faith and staunch optimism he has, he would have given up the race for Biafra referendum. This is what a man should represent.

But with all these appellation, I will also say that some times he talks so carelessly. He had made countless of unguided entrances even at time toward his own leaders; talking about the leaders of Igbo race. Kanu should understand that it will be difficult for only him to achieve the referendum of State if Biafra without the combine effort of the grand poobahs of Igbo race.

Nigeria government is one way or the other have marginalized the Igbo region. Ranging from lopsided appointment which favours the North mostly to lackluster of infrastructural project implementations.

Recently, in a comment credited to IPOB serious member and one of the leaders of the group Uche Mofe, has garnered a lot of controversies.

Many people have gone on social media to criticise the group and their leaders calling them all sort of ill names. Be it true fact of misconstrued comment or not the fact remains that if Nnamdi Kanu and IPOB should join Nigeria politics in any way, they might not live to tell the travail. And Biafra agitations may die gradually. 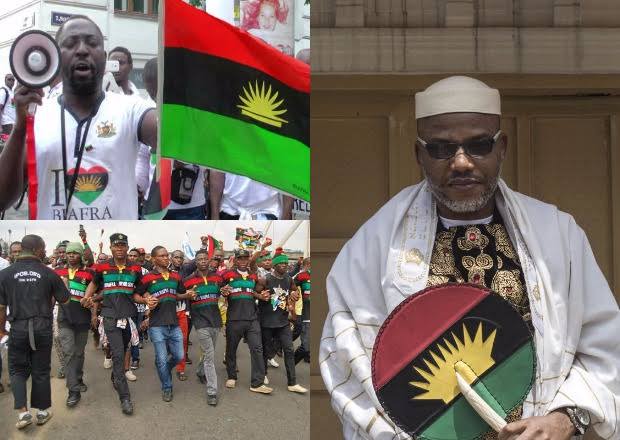 In his words "IPOB is doing everything humanely possible to make sure go back to the original stage whence we started. We are trying to identify who are our brothers, who are our sisters, who are our neighbors. This is something Nigeria has carefully through their agents over the years destroyed and put confusion into us. But we are not going to allow that confusion to be sustained...

"There is the third one which is effective government. We must have a government we call the government of Biafra. The indigenous people of Biafra should be in control of decision making in Biafraland. Whether we like it or not.

"The reason why we decided and meticulously deviate from the temptation of going into Nigerian politics is because if we do that, we will be destroyed forever. They set a trap for us. The system is corrupt, the system is not working and you can see, your vote does not count, they buy off votes, even the supreme Court of Nigeria is now at the centre of deciding elections.

"Your so-called PVC does not count. We refuse to be driven into darkness but we are not going to allow ourselves to be on that particular mindset for a long time. Nigerian political system is a very devilish one, they Apply gutter methodology.

"They are telling us, let them be taking while we are taking decision about what is going on in their own land. This we have studied, and going forward, we are going to descend on every evil legislation in Biafraland and destroy it, and the people of Biafra will take over the control of their territory.

"We are not going to back away from the civil disobedience method. At the same time, we are not going to leave the political offices especially those in Biafraland. I am talking about Biafran territory. The policies. The political decisions been taken must be a reflection of the wishes of the people of Biafra.

"We have the capacity, we have the number, we are telling them ahead of time", he stated.

But do you support IPOB participation in Nigeria politics? Do you think their intentions can be met through that means? What's your opinion? Read and share let's see other people's views.