An Open Letter To Engineer Authur Eze Concerning His Claims Of The Igbos Not Becoming A President.

By SunNews (self media writer) | 2 years ago 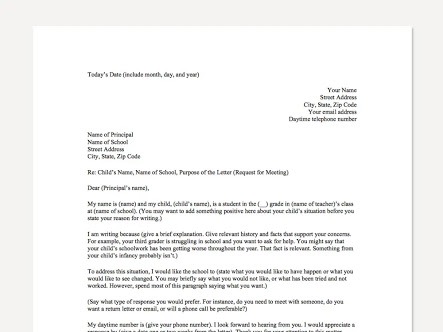 This is an honest and direct Letter to Engineer Authur Eze, for a clearer understanding and definition of the Igbos and his claims about the Peaceful Hausa.

I am fully aware that you're a philanthropist, a respected man both in Igbo land and Oversee, Your great works have been seen from things you've accomplished in our country, but it's very wrong for you to have criticized your own tribe, you said Igbos don't love each other, and that only God can make us President, yet you've forgotten so quickly how you started and what made you today a nobleman.

Here are some reminders I have for you :

Your first contract was awarded to you by Chief Jim Nwobodo for the construction of ABS. An Igbo man he also took you to Abubakar Rimi of Kano state, it was through his recommendation you secured another contract of building Kano state Radio house, Andy Uba was the one who helped and made Ngige the Governor of Anambra State, also restored Peter Obi's mandate, brought Prof Dora Akunyiri to NAFDAC and Information minister.

It was also the same Andy Uba an Igbo man that took you to Obasanjo and helped you secure that contract of servicing oil pipeline, Dr Maduka an Igbo man from Orumba transformed his town to a city built over 150 house to homeless people.

Do you also know that the CEO of Air Peace Me Allen Onyeama an Igbo man was the one who helped in evacuating the stranded Nigerians from xenophobia attack in South Africa and most of those who journeyed in that flight were mostly Igbos, which he also did it again for Nigerians(especially Igbos) in the UK?

When a Pakistan based man used Igbo as collateral in 2015, some group of Igbo people living in Pakistan contributed money and he was released from his death sentence.

For those that you claim that love each other, let me also remind you that Yoruba people strangled Funsho Williams to death, Bola She was also betrayed and killed by his own people.

The Hausa, Boko Haram, and the Fulani herders are killing their own tribe as well, Our President refused court order to release El-Zakky and Dasuki, his tribe, governor Ganduje dethroned Emir Sanusi and chased him out of his state origin, where is love among them. Igbos remains the most peaceful and lovely tribe in Nigeria please check the history and forgo personal interest and encourage them not criticizing them.

As a reminder, your case with Chimamanda Adichie's village is still in court after taking some of their lands. When Senator Ifeanyi Ubah and others were fighting hard to remove Police roadblocks here in all Igbo land and return them to the Barracks, all you did then was requested for Zone 13 to be placed in Anambra for a reason we did not know till date.

Personally, as an Igbo man what have you done for Ukpo people? The road from Onitsha to Akwa that connects to Ukpo is an eyesore and the roads there are so worst than bad. If you live your people as the Northerners do, why didn't you use your influential political connections to fix the road?

Sir with respect Igbos are one of the best tribes that love each other though we have our flaws, but neither those it put especially the Hausas ahead of us. Yes, it is only God that can make us President like you said because he has always been on our side from the beginning.

To conclude my message to you, I want you to take a look at this building it may surprise you to know that this complex was built by your colleague Dr. Maduka in Umuchukwu Orumba South, he was the one I mentioned that built over 150 houses for the poor in his village.

I may not have convinced you, but I believe that seeing the truth about your own people and what it means to love each other. I am, and will always remain a proud Igbo man.