By Newsmint (self media writer) | 1 year ago

It was hell let loosed when indigenes of Obazuwa in Ovia Northeast Local Government Area of Edo State on the 17th December 2020 at about 5pm suddenly saw two Toyota Sienna cars screeched to a halt at the centre of the main street in the community. The drivers made u-turns and started shooting at different directions. The people were scared to their wits and scampered for safety, some getting injured in the process. The residents did not know what was responsible for the sudden attack, and as such had to seek safety first. It was like a Boko Haram phenomenon that is often replicated in northern Nigeria.

Some of the women flapped their breasts, took their children and ran into the bushes. The guns continued booming. An old man who was seated and resting his back against a pear tree made effort to leave the open space fast but slipped and fell heavily as a result of the heavy downpour the previous night. Elsewhere, two streets were completely devoid of human activities and many fled to neighbouring Igbobi, Egbaen and Evbolekpen communities.

But some courageous young ones went closer to observe the situation and identify the assailants as Ijaws from nearby Ikoro. They came into the village from their end and seized the intersection by the Enogie of Obazuwa, HRH Prince Edun Akenzua’s palace just before you enter the village from Ikoro. Soon the news circulated round the village of the presence of militants but the citizens could not do anything in opposition for fear of being casualties. They bestrode the streets like a colossus and embarked on beating up those they could lay their hands on, women and children, using cutlasses and akai, the traditional Ijaw fishing spear.

However, some relative small Obazuwa elements summoned courage to raise the alarm from a safe distance and started a feeble resistance. There was a combination of force by many residents including non-indigenes because the Ijaws were up to something sinister.

Retrospectively, on the 3rd day of June 2011 when Obazuwa men were demarcating a portion of land measuring 3000 square feet and they were pounced upon suddenly. No exchange of hot words, the Ijaws descended on them with machetes, fishing spears (akai), automatic guns and sticks. At the end of the attack, one Obazuwa man sustained a deep cut on his arm and lost two veins that were stitched at the hospital, six motorcycles were destroyed while many in the village sustained other degrees of injuries. three were abducted and taken down to Ikoro and tied down at the egbesu (war deity) shrine and beating to a pulp. The Ijaws took the trio later to the town hall and flogged them mercilessly with the cutlass; one of them, an elderly, fainted when he couldn’t bear the punishment any longer. The abductors placed a four litre jerrycan of petrol and a box of matches by their sides. While they were about taking them away to be burnt a police team arrived with an overpowering gun duel. The police came in the niche of time and rescued them from evil men. Six men arrested in the process were charged to Okada Magistrate court and given a five month sentence each.

So the boys vowed never to allow such condition befall them anymore which the previous episode took them unaware. The hunters mobilized their dane guns and knockouts and begin to fire back at them. Thanks to the mobile system of telephone, news circulated quickly among the indigenes living in Benin City and Binis generally in communities in the Benin/Ekehuan axis that Ijaws have invaded Obazuwa, the seat of an Enogie (duke). In about an hour succour came the away of the besieged serene village. When the attackers saw that they couldn’t gain control of Obazuwa they withdrew and went back to Ikoro. Their fireworks went into the dead night before there was relative calm.

By the following morning, 18th December 2020 the Benin solidarity increased and much daring boys had arrived to fortify the place. The road from Benin City leading through the village centre has been barricaded, no human or vehicular activities was allowed in order not to jeopardize the people’s safety as it was an emergency situation. The police was duly informed but no help came their way, they complained of the usual ‘lack of logistics. The Ijaw youths have been rushing home on motorbikes to join their own to reinforce their assault. So the inhabitants took their corporate destiny in their open hands. Ikoro Ijaws were locked in and out because it it is the only major accessible route except they have to make detour through the river from Ekehuan, Iboro or Gelegele which are tortuous journeys.

That morning, Godwin Oguyeibo, who the Ijaws forcibly installed as pere of Olodiama on November 15, 2017 appeared in his executive car from Ikoro, which meant he slept overnight in his village and was quite aware of the heavy guns his people used on Obazuwa. The Binis blocked his movement and he said: “If there is a war between Obazuwa and Ikoro it must have been caused by Abu,” an agent soliciting the purchase of a wide dimension of land on behalf of a popular religious organization which went deep into Obazuwa territory by Enogie’s fence and Oru Lake. Obazuwa had resisted this move by her neighbours to trade off ancient landmarks without their knowledge and permission. The impostor traditional ruler who was declared wanted by Edo State Government appealed to the youths to take it easy and after much plea the barricades were removed to allow him a safe passage.

It would be recalled that in the wake of the attempt by Ijaws to install Godwin Oguyenbo as a traditional ruler in Benin Kingdom where the Oba hold maximum sway the Edo State Government had described as "egregiously abominable sacrilegious and criminal, the planned coronation of one Godwin Ogunyenbo as the “Pere of Olodiama Kingdom,” in Ovia North East Local Government Area of Edo State.” The Secretary to the Edo State Government, Osarodion Ogie, Esq said: “the pronouncement constitutes an unprecedented affront to the long-settled culture, traditions and norms of our people.”

But he has been parading himself in regalia not befitting his acclaimed office which has violated extant provisions of the Chieftaincy Law of the State without government enforcing legal violations. The Governor of Edo State, Mr Godwin Obaseki, is seemed to be having a soft spot for the Ijaws because of the well known affinity of his wife, Betsy, with Ikoro Ijaws. 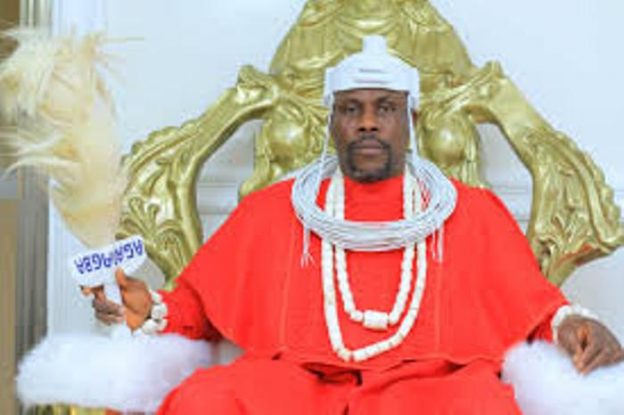 About thirty minutes after Ogunyenbo was given a safe passage, the Ijaws unleashed a greater dimension of sophisticated gun attack on Obazuwa. Those whose positions were threatened withdrew and repelled the renewed assault. It was like a war zone. But the Ijaw combatants did not move close which could have inflicted causalities on either side. The Binis were determined not to lose their positions because it would have created room for pandemonium as the assailants were ready to burn down properties. The Binis knew the Ijaw trick that normally prevents their opponents from returning to their abode. Obazuwa responded with adequate blockade including denying them of essentials of life which they cannot derived from the river.

Meanwhile, some level-headed Ijaws waded in and came to Obazuwa as peace makers. Initially they were not received but the appeal of a peculiar young man, Olu Priye, softened the hearts of the youths and the tense situation relaxed. He has been singularly acknowledged for brokering peace each time conflict arose. The delegation assured them that such brigandage will never occur again as they shuttled between both villages to cool frayed nerves. The Ijaws knew holding will put them in greater jeopardy and promised to bring it upon their youths not to make those forays into Obazuwa farms again.

However, another appalling issue is the connivance of Evbolekpen which had complicated the area of land her Enogie sold to a Lekki, Lagos based agro-allied company. The firm deployed a bulldozer to create layouts on Obazuwa crop farms thereby sparking reactions from the citizens. 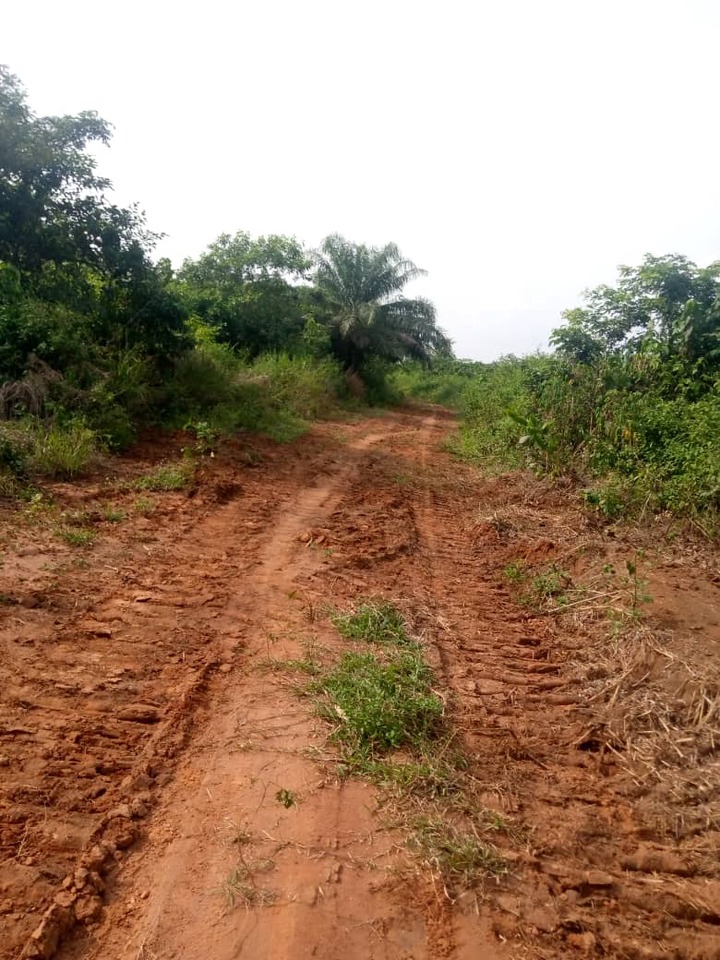 Obazuwa accused Evbolekpen of recruiting the Ijaws to fight her. It was while the matter was being investigated that one Ama Sibete took earth moving equipments by night under armed escort to be excavating sands from Obazuwa's Utugberu area gazetted by Edo State.

Content created and supplied by: Newsmint (via Opera News )