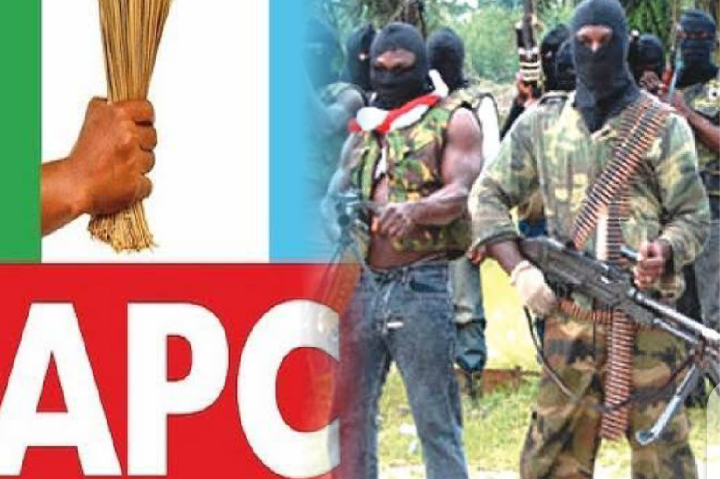 The Plateau State Independent Electoral Commission has declared the results of the local government elections held on Saturday.

Announcing the results in Jos on Sunday, the chairman of the Commission, Fabian Ntung, said that the candidates of the ruling All Progressives Congress won all the chairmanship seats in the 17 council areas. 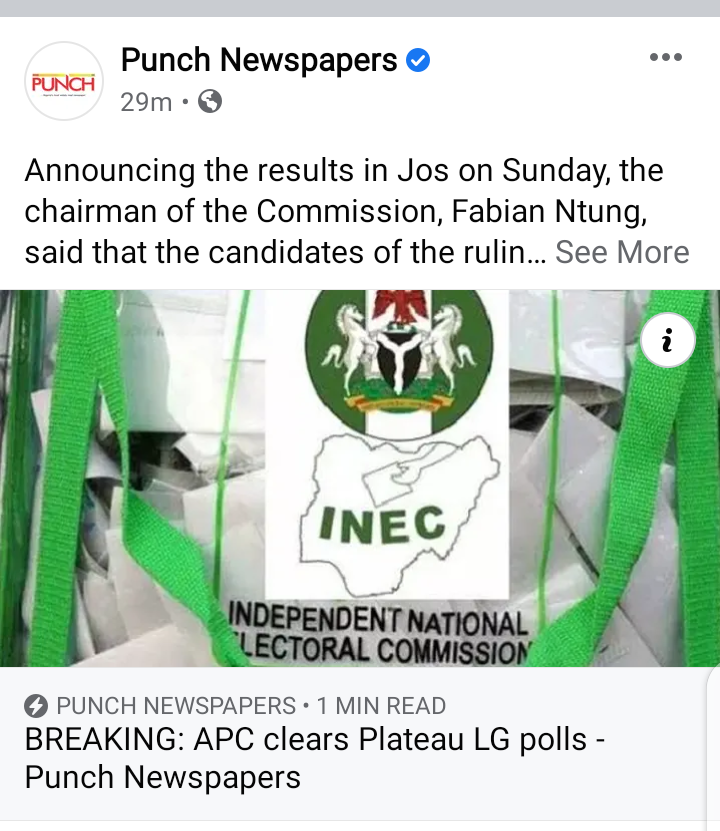 He also said that the APC candidates won all the councillorship seats across the 325 wards in the state .

Ntung said, “The APC won all the 17 local government chairmanship seats, as well as the 325 councillorship seats in the state.”

The incident happened in Ngurore, a satellite town on the outskirts of Yola, the state capital, along Yola-Gombe Road. 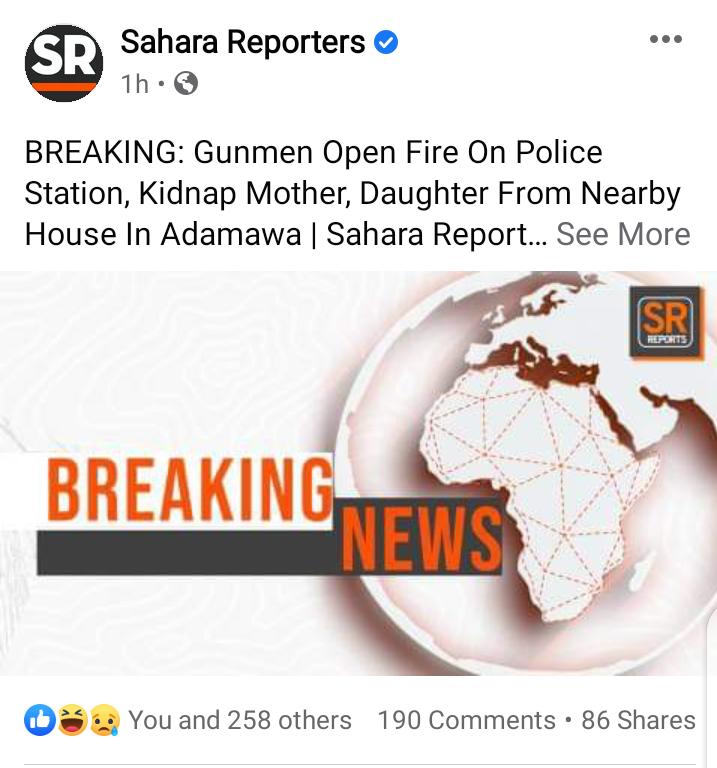 An eyewitness told SaharaReporters that the bandits, who came in their number, arrived in the town around 5 am.

They subsequently opened fire on the police station and also kidnapped a woman with her daughter from a nearby house.

He said, "They came in large numbers, some in Hilux vans, others on motorcycles.

NNPC on Sunday in Abuja called on petroleum tanker drivers to call off its planned strike in the interest and welfare of Nigerians.

“The strike is about the condition of roads in various parts of Nigeria used for the distribution of goods and services including petroleum products. 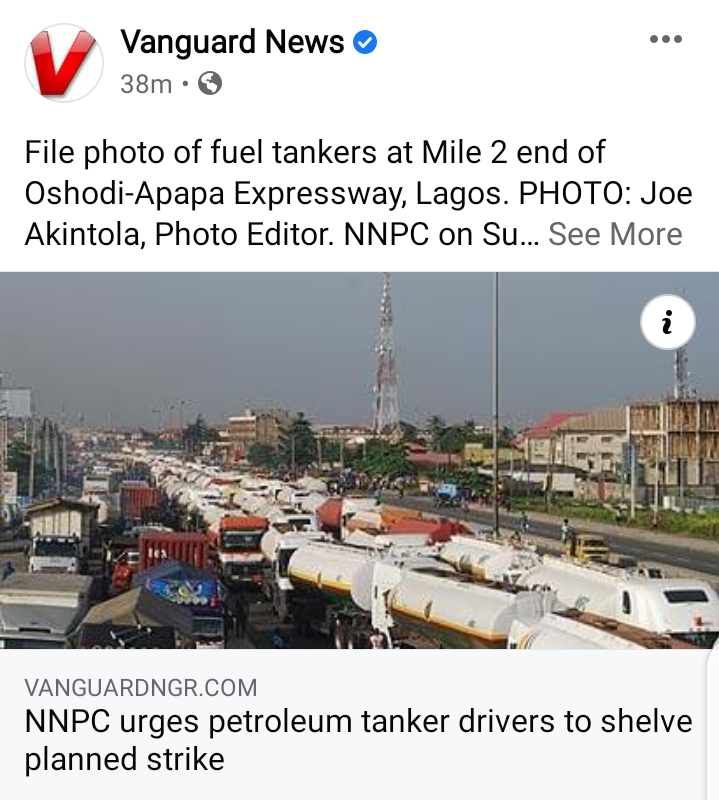 “While it is not the responsibility of the NNPC to build or rehabilitate roads, any disruption in the distribution of petroleum products will adversely affect the business of the NNPC.

“It will also endanger energy security, which the country has enjoyed for a long time now,’’ NNPC’s spokesman, Garbadeen Muhammad, said in a statement.

The Minister of Information and Culture, Alhaji Lai Mohammed, has expressed his optimism that Nigeria will emerge from its current challenges stronger.

The minister made the statement when he featured at a special forum of the News Agency of Nigeria (NAN) in Abuja on Sunday. 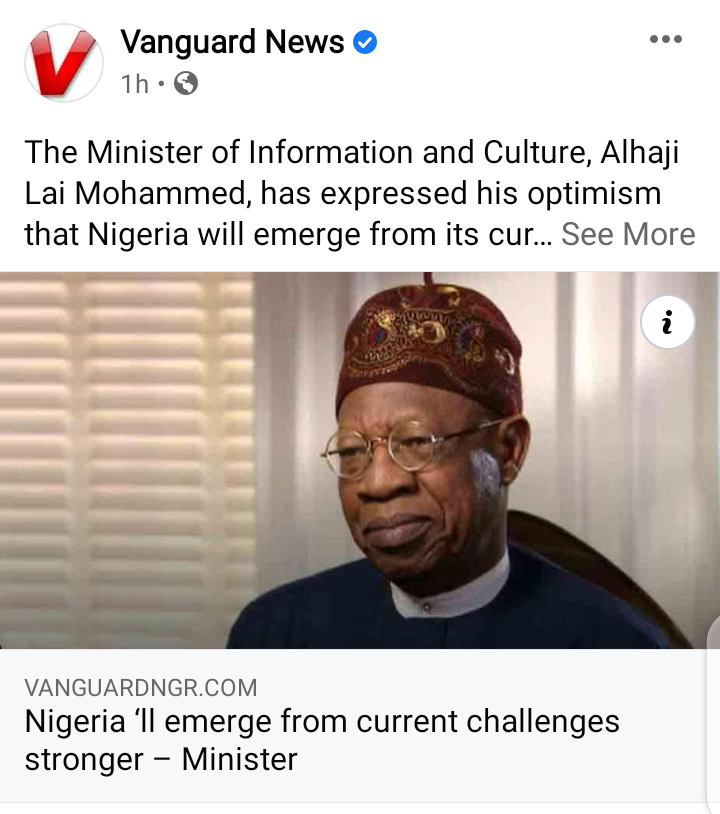 “We have challenges just like any other country in the world but we are going to overcome.

“Some countries have not even experienced half of what we are going through before they collapsed but everybody must do his own bit.