Breaking news headlines for this morning, Monday 20th of July, 2020 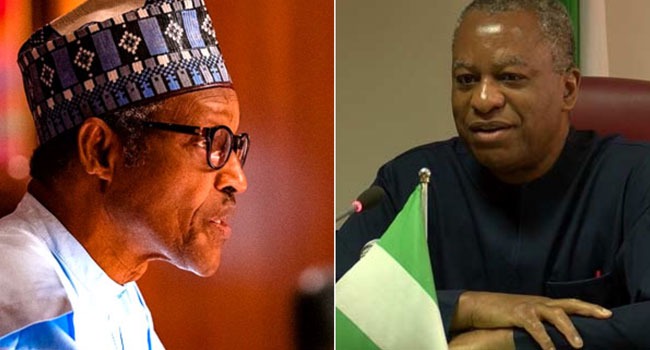 President Muhammadu Buhari has wished Minister of Foreign Affairs, Geoffrey Onyeama, quick recovery as he goes into isolation after testing positive to Covid-19

In a statement issued by his Senior Special Assistant on Media and Publicity Garba shehu ,Buhari described the minister as a strong pillar of his administration, commending him for tirelessly working to stem the spread of Coronavirus in the country as a member of the Presidential Task Force on Covid-19, and ensuring the safety of Nigerians abroad. 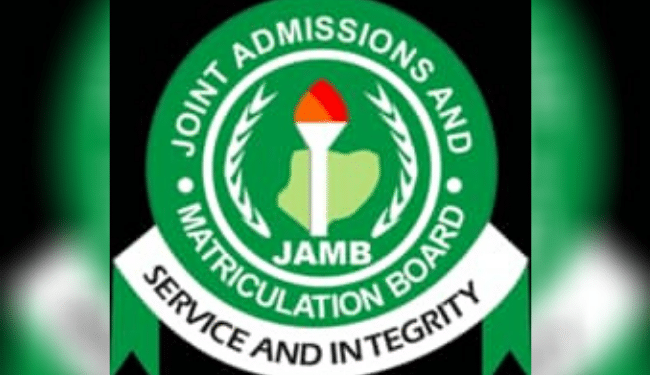 The Joint Admissions and Matriculation Board, JAMB has directed higher institutions across Nigeria to begin 2020 admissions from Aughst 21, 2020 with first and second choice candidates.

In a statement by Head of Media, Fabian Benjamin, JAMB also presented guidelines to the heads of tertiary institutions on the 2020 admission.

The guidelines signed and released by the Registrar, Professor Ishaq Oloyede, directed all institutions to begin Admission-Exercise from 21st August 2020 to a later date that would be determined by the Federal Ministry of Education.

3. Presidency tells Nigerians to prepare for surprises ahead of panel's report on Magu’s probe 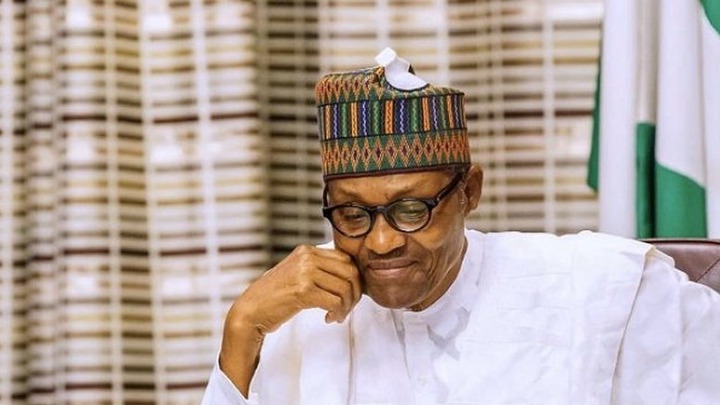 The Presidency also urged Nigerians to ignore the outbursts of people who have questioned Magu's probe.

The presidency has urged Nigerians to brace up for surprises ahead of the report of the panel investigating Ibrahim Magu, the suspended Chairman of the Economic and Financial Crimes Commission (EFCC).

Shehu said the finding of the Justice Ayo Salami-led panel will surprise Nigerians, adding that the presidency has been receiving some updates from the panel.

He, however, urged Nigerians to ignore the outbursts of people who have questioned the probe.

Reacting to the claim by Magu’s lawyers that the investigation was a witch-hunt, Shehu said the allegation should be left for the panel to respond to.

4. Sanusi identifies nepotism as the worst form of corruption in Nigeria 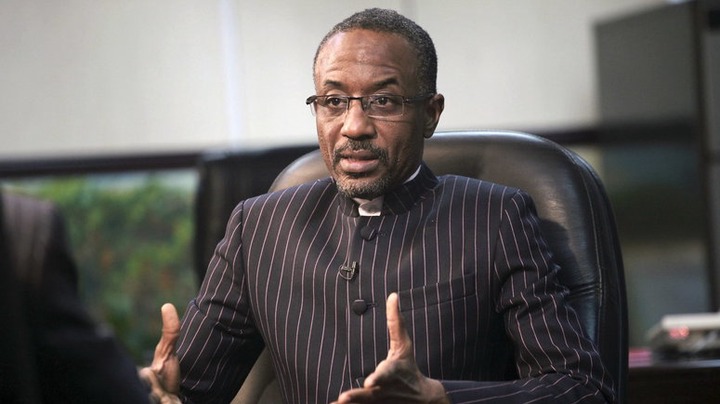 The deposed Emir of Kano and former Governor of the Central Bank of Nigeria, Muhammad Sanusi has said that nepotism is the worst form of corruption in Nigeria.

Sanusi said corruption will fester and hinder the development of Nigeria if there is nepotism in the system.

The former CBN governor said this while speaking at a webinar themed, ‘The sustainability of society’, organised by the Emmanuel Chapel on Friday, July 17, 2020.

He also urged Nigerians to pay attention to merit, saying incompetence is part of the country's problems .

He explained since the Federal Character principle is enshrined in the Nigerian constitution, it is expected to be followed to get the best brains in different parts of the country into appointed or elected positions.

Sanusi said, “Morally and religiously speaking, corruption is a problem. But let us look at it from the angle of economics and we (would) begin to understand that it is not just the corruption itself but the type of corruption.

“Part of the problem we have is incompetence and that is why I keep saying we must pay attention to merit. We have a system called Federal Character and I believe we should have Nigerians from all over the country in public office, but all those Nigerians must be people that are competent. There must be a merit test; a competence test.

“For me, I think the root of corruption is when we begin to de-emphasise merit, competence and performance and so long as we don’t bring the best in this country to do the job and hold them to account, we won’t go anywhere.

“The worst form of corruption we have in this country is nepotism; when people get into positions by virtue of personal loyalty, friendship and who they know, rather than what they can actually deliver by virtue of their competence for that office. We need people who can deliver for this country, I mean the majority.”

5. God has taken out the snake’ — Oshiomhole vows to stop Obaseki 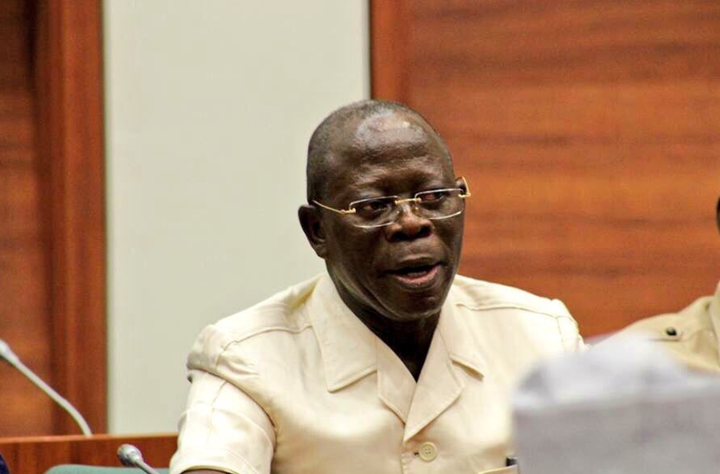 Oshiomhole, who has been quiet since the national executive committee (NEC) of the party dissolved the national working committee (NWC) that he led, said he was back on ground to “reclaim the state”.

“I did not expect that anybody would still be here. I wanted to come in quietly,” he said.

“God has taken the snake out of our house and to where he belongs. I have come home to join you and start the process of reclaiming the house back to the family of APC.

“I want to assure you ‘I dey kampe’. What gives me joy is that as they say, ‘he with God is a majority.’

Obaseki crossed over to the Peoples Democratic Party (PDP) after he was screened out of the APC governorship race.

The PDP had granted him waiver to contest its primary and he won the party’s ticket.

He will now face Osagie Ize-Iyamu, his PDP opponent in 2016, in the September election.

Oshiomhole, who fell put with Obaseki, is believed to have assisted Ize-Iyamu clinch the APC gubernatorial ticket.

6. Presidency hits back at the media for saying Buhari not in charge of his govt 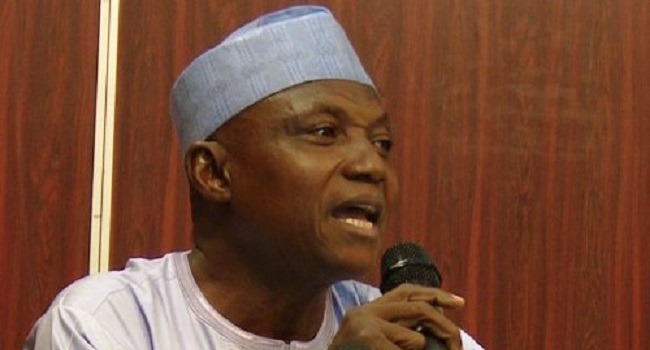 The presidency on Sunday night hit back at a number of opinion articles and a stringent newspaper editorials claiming President Muhammadu Buhari was not in control of his administration.

The presidency in a statement issued by the Senior Special Assistant on Media and Publicity to the President, Garba Shehu, said several of the comments disguised as objective criticism were in reality merely speaking the language of the opposition “who ruined the country during their 16 years of corruption on an industrial scale.”

What is sometimes worrisome is that several of these comments, disguised as objective criticisms are merely speaking the language of the opposition-the people who ruined the country during their 16 years of corruption on an industrial scale.

“These detractors pick up isolated issues like the ones in the Economic and Financial Crimes Commission (EFCC), Niger Delta Development Commission (NDDC), and incidents of crime and corruption which have been with the country for years, and without any serious effort to uncover them, paint them a phenomena orchestrated and happening because President Buhari’s administration has decided to pursue cases of suspected wrongdoing in the anti-corruption agency, pension funds, NDDC, and other government agencies.”

He, however, added that the Buhari government was the first to point out the obvious embarrassment that potential acts of wrongdoing by the EFCC leadership would cause the administration.

The presidential aide added: “The question to ask is: did they expect the president to draw a curtain over these suspected scandals by not ordering audits and investigations? And for them to turn around to accuse him of a cover-up?

“To do a cover-up and not order audits and investigations as the president did would amount to a historic betrayal of the mandate and the faith placed in him by the Nigerian people.”

He, therefore, maintained that President Buhari’s integrity, uprightness and probity were intact and well known.

“Let us remind these so-called editorial writers that ECOWAS, Africa Union and the international community at large recognized President Buhari as Champion of the Anti-Corruption fight in Africa,” Shehu concluded.

The suspects: Uzefa Idris, Adamu Yakubu and Ayuba Buhari were arrested following a distress call received by the Divisional Police Officer, DPO, Owode Egba Division that a Mazda bus had been forcefully stopped on the highway by a gang of armed robbers and that the occupants were being dispossessed of their belongings.

Upon the distress call, the DPO, SP Mathew Ediae quickly led his anti-robbery team to the scene and on sighting the policemen, the hoodlums took to their heels but were chased into the bush where three of them were apprehended.

The two victims of their operation, Oluwakemi Oyegade who was dispossessed of N545,000 and one itel phone as well as the driver, Zacheaus Olaniyi were rescued and taken to the station.

The two victims narrated how the hoodlums jumped on the road from the bush and forcefully stopped the vehicle consequent upon which they started beating them with matchete before dispossessing them of their valuables.

Recovered from the arrested ones are: the sum ofN99,700 and one itel phone.

Meanwhile, the Commissioner of Police, CP Kenneth Ebrimson has ordered the immediate transfer of the suspects to the Special Anti-robbery Squads,SARS, for discreet investigation and prosecution. 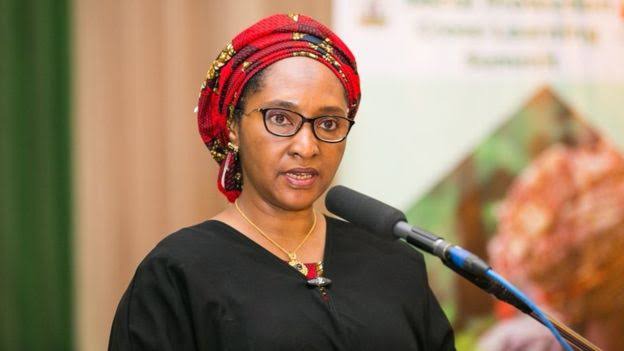 The Federation Accounts Allocation Committee (FAAC) shared a total of N651.18billion as allocations to the three tiers of government and other relevant agencies for the month of June.

This was contained in a communiqué issued by FAAC at the end of its July 2020 meeting held through virtual conferencing.

Ogubike said: “This brought the total revenue for the month to N696.184billion.

“From this total, the sum of N45billion was saved in the excess non-oil revenue account and the balance of N651.184billion was shared to the three tiers of government and relevant agencies.”

According to her, the balance in the Excess Crude Account as at July 16 was $72.407million.

It was learnt that the gross statutory revenue of N524.525billion available in June was higher than the N413.953billion received in the previous month by N110.573billion.

Also, the gross revenue of N128.826billion available from VAT was higher than the N103.873billion in the previous that month by N24.953billion.

The oil-producing states received N28.496billion as 13 percent derivation revenue, while N76.809billion was given to revenue/relevant agencies.

The sum of N24.722billion was given to the relevant states as 13 percent derivation revenue.