Nigerian can never forget the former first lady for her grammatical blunders. Patience always managed to destroy her speeches by saying something wrong. There are some popular quotes from her that Nigerians will not forget in a hurry.

- Speaking on NTA network news, she said: “My husband, Dr Goodluck Jonathan and Sambo is a quiet people.” 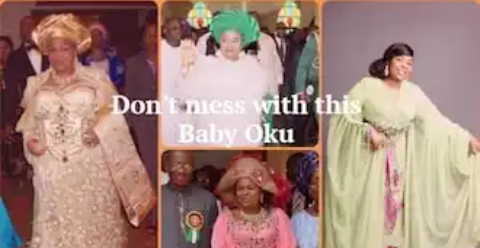 Her her grammatical blunders, Nigerians will not forget in a hurry the powerful dress sense of the former first lady. She definitely had her own style and made some fashion statements a couple of times. One time, she wore an all-white feathered look. She accessorized with a green gele, gold jewelry and a green clutch. She is always attractively dressed and is still a beauty to behold.

Nigerians can never forget when the former first publicly burst into tears following the kidnap of over 200 girls from their school in Chibok, Borno state. She was addressing a group of women, and the principal of the secondary school where the girls were seized when she was suddenly overcome with grief.

Her statements, “Na only you waka come” and “there is God ooo” have become very popular.

The video went viral and was Nigeria’s most viewed non-music footage ever on popular online video site, YouTube.

There were video skits and inscriptions on T-shirts mocking Patience over the way she reacted to the issue. 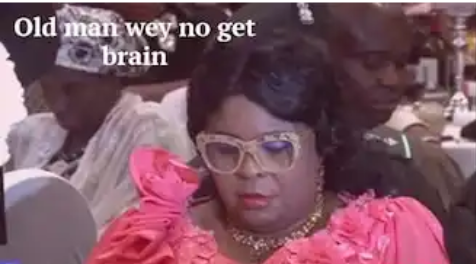 During the campaigning period leading to 2015 general elections, Patience was in the headlines a lot for her controversial comments. She attacked the All Progressives Congress and its candidate, Muhammadu Buhari.

During a rally of the women’s wing of the People’s Democratic Party (PDP), she told them that they will go to prison if they vote for APC.

“What did they forget in Aso Rock? If you vote the PDP and Jonathan, it would be better for you. If you vote the APC, you will go to prison. How can you jail somebody for 300 years? I’m not ready to carry food to my husband inside prison oh!” she said.

The former first lady also said Buhari was unfit to be the country’s president as he was brain dead.

“Wetin him (Buhari) dey find again? Him dey drag with him pickin mate. Old man wey no get brain, him brain don die pata pata,” she said in pidgin English.

5. What she said about corruption 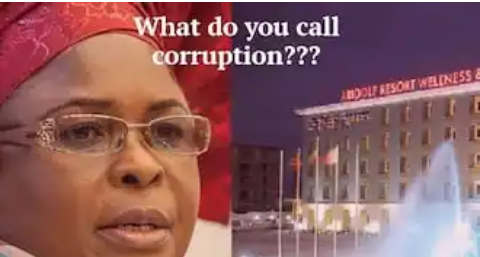 Nigerians can never forget Patience’s definition of corruption. Addressing some PDP women, she took to the podium to explain the meaning of corruption.

In January 2013, she was engaged in a tussle with Turai over a plot of land in the Federal Capital Territory. They dragged themselves to court and treated the nation to an exciting drama.

Meanwhile, Amaechi claimed to have fallen out with Patience and her husband because he was seen to be exposing a lot of corrupt activities going on in government.

It was a war of words between Soyinka and Patience. Those two don’t see eye to eye.