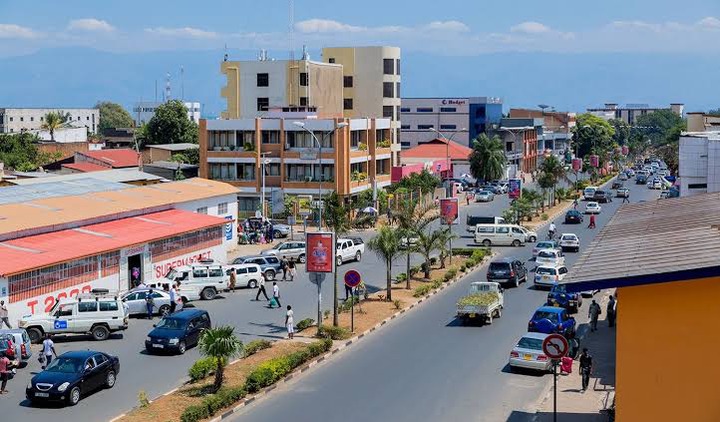 Despite being rich in natural resources, the economies of some African countries are negatively impacted by high rates of corruption, lack of proper medical and education facilities, underdeveloped infrastructure, civil wars, political unrest and other such problems. Many of the poorest countries in Africa are also among the poorest countries in the world. Here we discuss some of these nations, their economies, and the factors impeding economic progress.

Togo is a small country in West Africa. Its residents have a per capita income of 610 US dollars, which makes it one of the poorest countries on the continent. The majority of Togo's 7 million people live in rural areas, and the majority of these residents suffer from high levels of poverty. The reasons behind this include a low access to education, government corruption, a poor healthcare system (and resulting low life expectancy), and high rates of child labor.

Sierra Leone is a small country in West Africa. It is one of the poorest countries on the continent, with a per capita income of just over 500 US dollars. Although the reasons for this are complicated, the country was ravaged by a brutal civil war from 1991 to 2002 which left its economy and infrastructure in shambles. Other reasons for the country's persistent poverty include widespread internal corruption, a lack of civil liberties, and a lack of accessible education.

Niger is a west African landlocked nation with a population of 17,138,707. Over 80% of the country’s land area is covered by the Sahara Desert The non-desert sections of the country are threatened by frequent periods of drought and also increasing desertification.

Niger’s economy is mainly based on subsistence with some export of raw materials like uranium ore and a few agricultural commodities. Niger is one of the poorest countries in Africa. High fertility rates, poor health infrastructure, lack of education, landlocked status, desert terrain and overpopulation are only a few problems that result in the poor economic status of Niger.

Mozambique is a southeast African country with a population of just over 24 million. The country is one of the poorest and least developed countries in the world. However, with financial aid from organizations like the World Bank and the International Monetary Fund, Mozambique has exhibited a positive growth trend.

The minimum legal salary in Mozambique is around $60 USD per month. The country faces the problems of chronic child malnutrition, poor literacy rates, improper access to health facilities, and more

Madagascar is an island nation and biodiversity hotspot located off the coast of southeast Africa. Though Madagascar has a rich diversity of unique flora and fauna, it is one of the poorest countries in Africa from an economic point of view. Approximately 69% of the population of the country lives below the poverty level threshold of $1 a day.

The Democratic Republic of the Congo (DRC), one of the poorest countries in Africa, is a Central African country with a population of around 80 million. It is the continent’s second largest country by area by area. Though nature has endowed DRC with rich natural resources, the country is politically unstable.

The high rates of corruption, lack of infrastructure, long years of colonial and commercial exploitation have weakened the economy of the nation. Raw minerals are the biggest exports of DRC with China being the biggest export partner of the country and accepting more than 50% of the exports. DRC has a low ranking in the HDI, ranking 176 among the 187 countries of the world. Its average annual income is around $449 US dollars.

The Central African Republic is among the poorest countries in Africa, with an average income of $430 every year. The country houses a population of around 4.7million and encompasses a land area of 240,000 square miles. Though the country has a significant volume of mineral resources and sufficient quantities of arable land, it ranks 187th out of 188 nations in the human development ranking.

The landlocked geography and poor economic development of the Central African Republic hinder the export trade in the country. Though diamonds are the most important export of the country, accounting for more than 50% of the export revenue, it is estimated that a large part of it leaves the country clandestinely. The annual real GDP growth of the nation is only about 3%. Though the country is nearly self-sufficient in food crops, the high presence of the tsetse fly makes the country poor in livestock quality.

Malawi is a landlocked country in southeast Africa that covers an area of 118,000 square km and has a population of around 16 million. Malawi is among the world's least developed nations. Agriculture contributes to over 90% of the export revenues of the country. Previously, Malawi was heavily dependent on the World Bank and the International Monetary Fund for financial aid.

The high rates of corruption prevalent in the country soon discouraged the international agencies from providing monetary help to the country. High rates of HIV/AIDS, poor literacy rates, poor health and hygiene, corruption, landlocked geography, etc., are some of the factors responsible for the country low per capita income levels.

Burundi is an East African landlocked country with a population of about 11,178,921. Burundi is a resource-poor country where the manufacturing sector is highly underdeveloped. The nation's economy is mainly based on agriculture which employs 90% of the people but accounts for only slightly over 30% of the GDP. Coffee and tea are the country’s primary export items.

The country’s landlocked geography, low literacy rates, poor legal system, lack of economic freedom, and high rates of HIV/AIDS are barriers to the economic progress of Burundi. Burundians also have to deal with high rates of corruption, poor health facilities, scarcity of food, and weak infrastructure. Its average income is around $307 US dollars.

South Sudan is the poorest country in Africa with a per capita income of $303 per year. Having become an independent country only in 2011, Sudan is one of the world's youngest countries as such, the country's economy is rather underdeveloped. It also has some of the world'seast developed infrastructure.

10 Qualities Most Ladies Look For In Guys

Mistakes Students should Never Make In The University

Opinion: Isa Pantami Is A Threat To Our National Security, He Must Be Prosecuted

Solutions to problems of Nigerian insecurity, kidnapping, and terrorism challenges

Opinion: My Hopes For A New Nigeria Before 2023 Presidential Elections