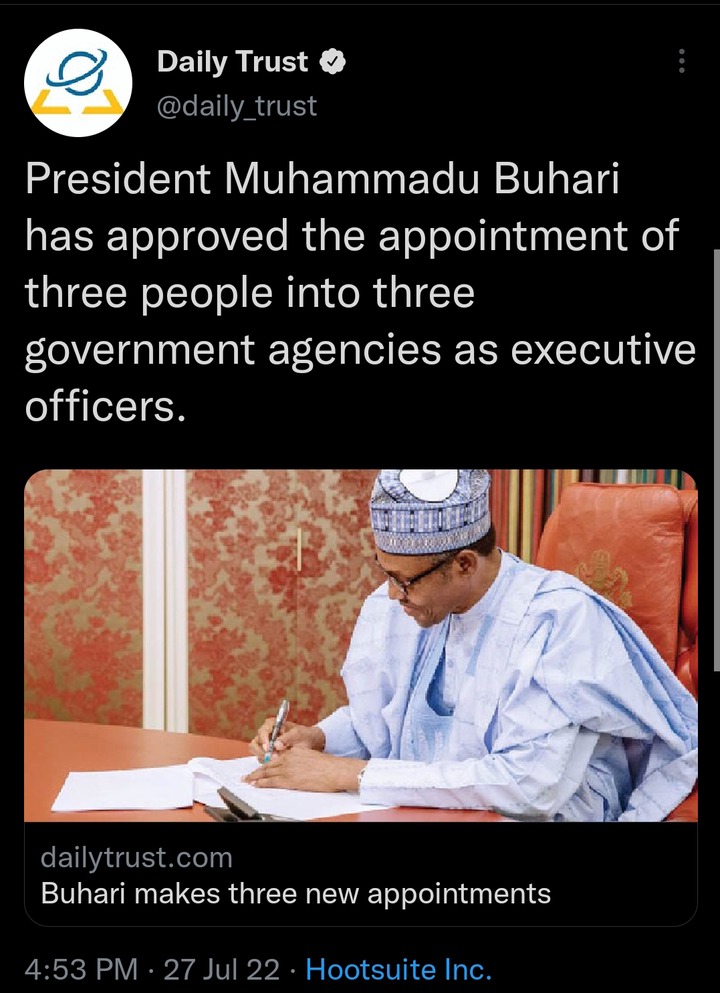 Mr Willie Bassey, Director of Information, Office of the Secretary to the Government of the Federation, made this known in a statement on Wednesday in Abuja. 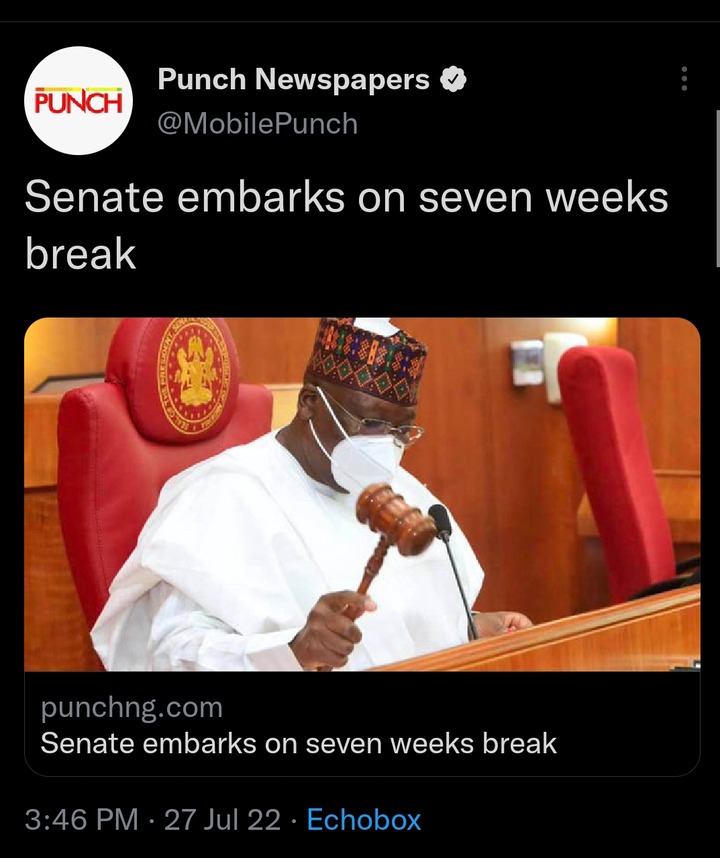 The Senate on Wednesday commenced a seven-week annual recess.

This followed the adjournment of the plenary by Senate President Ahmad Lawan till September 20, 2022. 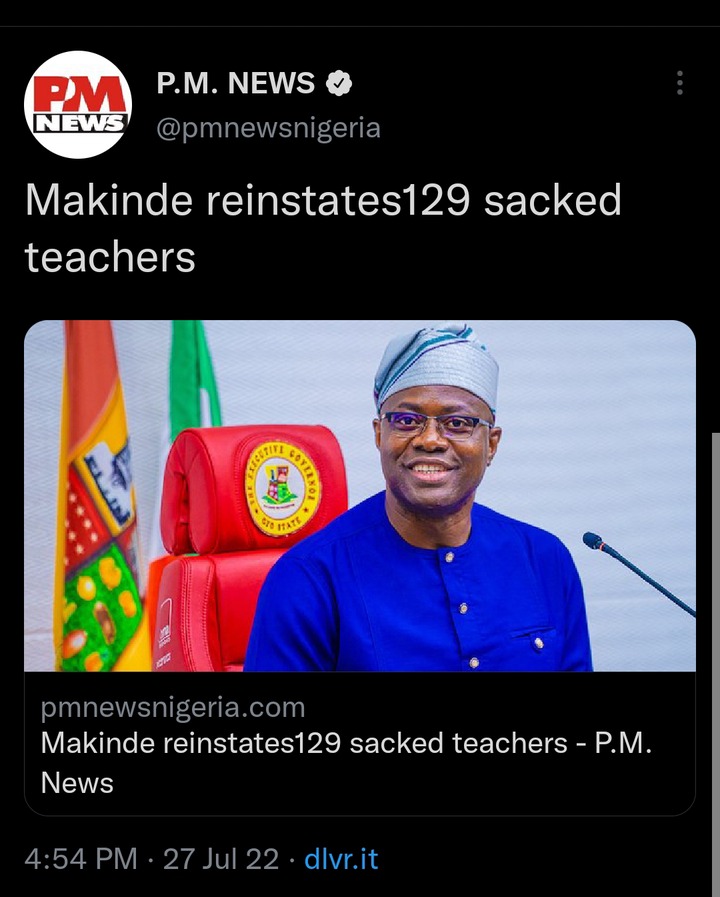 Governor Seyi Makinde of Oyo State has approved the reinstatement of 129 public primary school teachers, who were unlawfully sacked by the previous administration.

This is contained in a statement issued by Dr Nureni Adeniran, the Executive Chairman of, the State Universal Basic Education Board, on Wednesday in Ibadan. 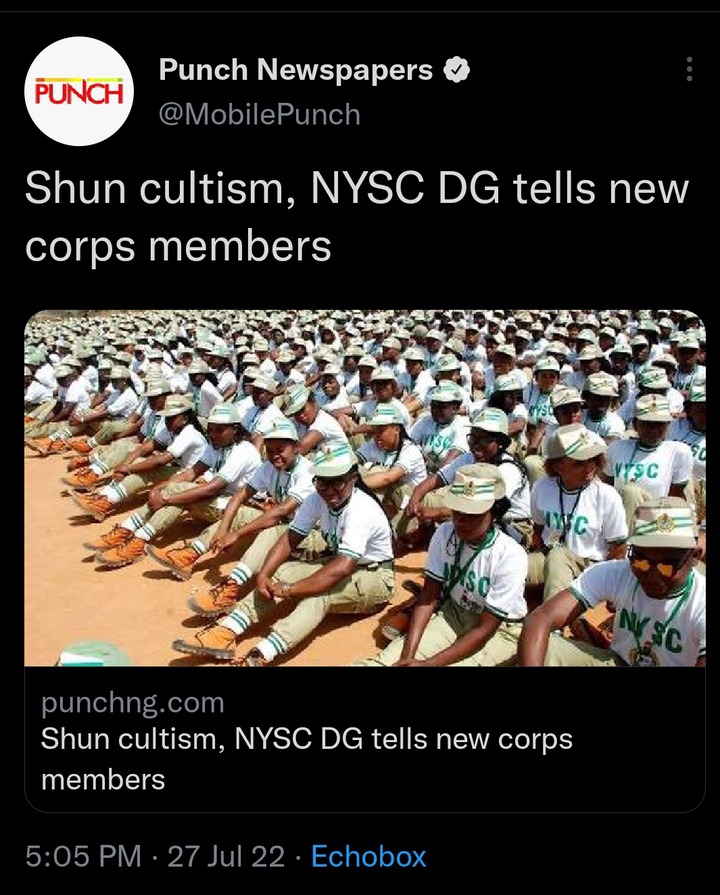 The Director-General of the National Youth Service Corps, Brig.- Gen. Muhammad Fadda, has called on the 2022 Batch ‘B’ Stream II corps members to shun cultism, drug abuse and other vices.

He also told them to use the platform to promote national unity. 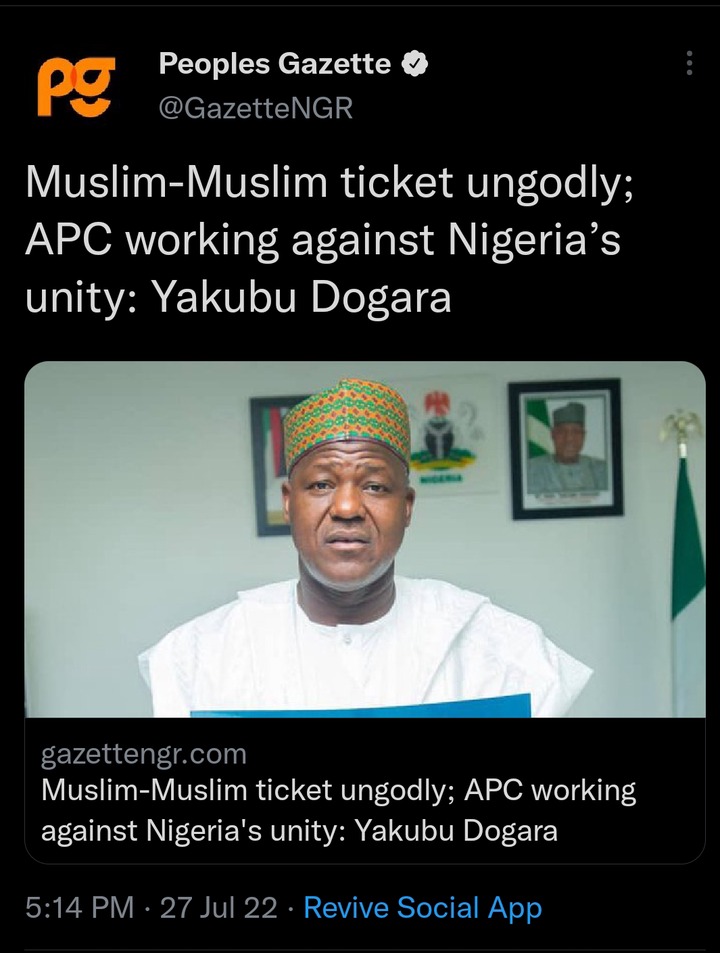 Former Speaker of the House of Representatives, Yakubu Dogara, has condemned the decision of presidential candidate Bola Tinubu and the All Progressives Congress (APC) to field a Muslim/Muslim ticket in 2023. The action threatens the unity of the country, he says.

Speaking at the Christian Association of Nigeria (CAN)’s 12th General Assembly and Leadership Transition Ceremony, Mr Dogara declared that political permutations which do not reflect religious balance in the country are against the unity and stability of the country.