Buhari Gives Warnings To Ministers, MDAs, Others Against Disobeying The National Assembly. 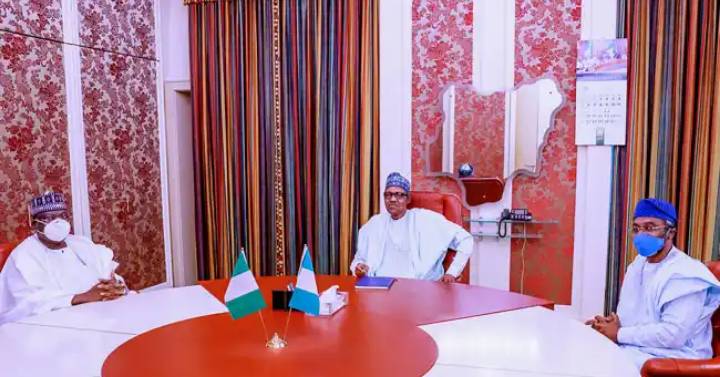 The President, Muhammadu Buhari read the behaviors of the ministers, head of the ministeries and other Government officials over their relationship with the National Assembly.

This was at the expense of the meeting which was held on Thursday between the president and other top government officials at the Aso villa in Abuja. And the Senior Special Assistant to President on media and publicity detailed all about the meeting in a statement.

He detailed that it was an engaging discussion where several key issues of national importance, especially on the role that the Legislature as a vital part in aiding their common goal and commitment towards improving the lives of citizens and other residents within the country.

The President also made it clear that any form of disrespect from a government official for the National Assembly would not be tolerated.

However, all ministers and department heads and agencies are asked to behave and conduct themselves in ways that will not disrespect the National Assembly as an institution.

The statement had it that the President and the leaders of the National Assembly recognised and acknowledged that the Executive and Legislative arms of government are essential partners in the fulfillment of their mutually aligned goal of improving the lives of the Nigerian people.

Content created and supplied by: Vine001 (via Opera News )