Barack Obama and His Wife, Michelle, Broke Royal Protocol With The Queen- Here's How 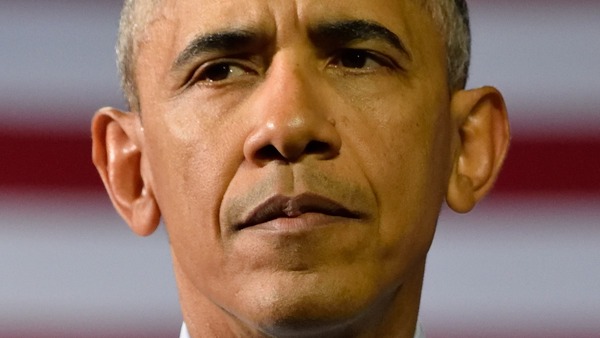 Through his presidential tenure, and his life as president, Barack Obama became one of the most friendly and interesting president in the world. One can see this from how he shared such a professional yet close relationship with the queen of England, while in Office as the 44th president of the United States from 2009 to 2017. These two were spotted in several occasions during his presidency, and some media outlets even report that the queen is such a big fan of the Obama family, including his wife, Michelle Obama of course. Infact, she was such a fan that she personally asked for him to return to the U.K. for a visit. Something one would say is quite rare and quite strange for the Monarch.

In the book, "Kensington Palace: An Intimate Memoir from Queen Mary to Meghan Markle", royal author Tom Quinn explained that a former employee of the queen, said that the Monarch "completely fell in love with" Barack and has supposedly "frequently asked her courtiers if they could arrange for him to come to Britain now he is no longer president."

The book was recently released so it makes sense that this is coming out now. However, the two seem to be such fans of one another, it isn't just the Queen who loves Obama, he seem to be a great fan of the Queen too. They are such great fans that the former president and first lady breaking protocol doesn't seem to phase the Queen. 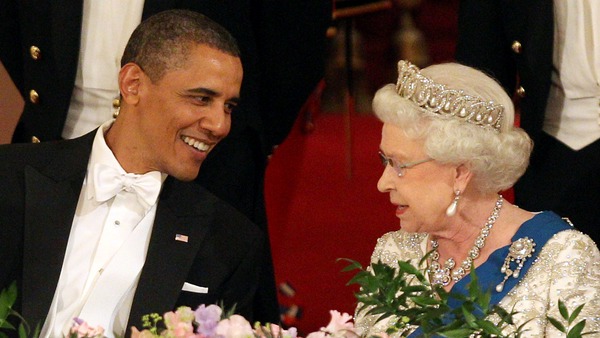 To date, Barack Obama is one of the most respected president to ever grace the white house, however, even he is still quite susceptible to mistakes and some basic mishaps when it comes to British protocols and British monarchy. According to a report by CNN, in 2011 Barack Obama got into quite an awkward moment while at the the royal company of the queen. He was at a state dinner and was giving a toast. As usual, the Queen said a few word, and then the US national anthem began to play, before Obama began to to give his speech. Clearly, as an invited guest, he honors the queen by saying, "To Her Majesty the Queen," but the orchestra thought he'd finished and began playing the British national anthem.

As the British anthem began to play, rather than stop, Obama actually continued his speech. Though other guests stood up and stayed quiet out of respect for the queen, Obama just went on speaking over the anthem. Which I am sure you know, goes against all protocols. However it seems the queen wasn't too disrespected by his actions, she actually just went on with the event despite Barack's gaffe, and Atleast Obama had some nice things to say about England and the queen, so I guess it makes up. In his speech, Obama mentioned the special relationship between the U.K. and the U.S. by quoting William Shakespeare and said "To the Queen," as they music continued to play.

Usually, this should perhaps go down in history as a disrespectful but it wasn't at all classified as such. Infact, the event went on without a single glitch and perhaps just a little awkwardness. This is an indication of how the queen admires Barack Obama. As documented in the documentary, "Secrets of the Royals" (via Express), the queen actually broke protocol when she was reportedly saying, "that was very kind, thank you,'" William Hanson, etiquette and civility specialist, said of the moment. "The queen deliberately broke with the etiquette in order to be more well mannered." 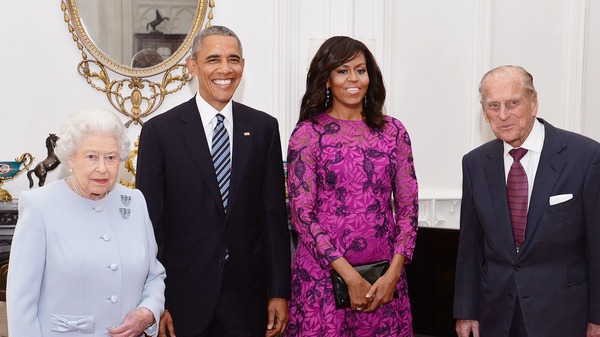 Apparently, it wasn't just Obama that has broken royal protocol with the Queen, his wife, Michelle has also done that too. Of course the national anthem inside t was one, but in 2009, Barack Obama's wife, Michelle Obama raised several British eyebrows when she was photographed with her arms around the Monarch. Trust me, that's a big no no.

The photos that were taken of the two, were so controversial, one could say it almost broke the internet the day it surfaced. Barack addressed the hoopla in his 2020 book, "A Promised Land." noting that his wife had her "hand resting on Her Majesty's shoulder" and noted according to Harper's Bazzar, that it was "an apparent breach of royalty-commoner protocol," something Michelle didn't seem to realize. He had his wife's back though, pointing out that "the queen didn't seem to mind, slipping her arm around Michelle in return."

Popular Queen dresser, addressed the issue in her book, which she released in 2009, "The Other Side of the Coin: The Queen, The Dresser, and the Wardrobe," she. Noted in her writings that the Queen didn't appear to have been offended by Michellevs action. Despite the controversy, and the instant out pour on the internet, they both seemed to have shared such mutual warmth.