Kagara students: Our kidnappers beat us daily, fed us beans 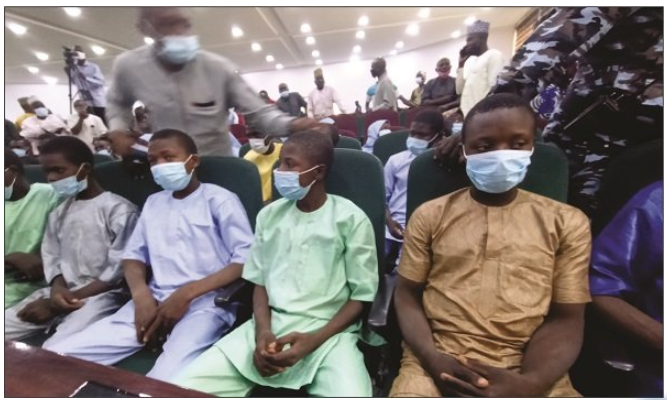 The Government Science College, Kagara, Niger State students, staff and their relations who were abducted by gunmen 11 days ago emerged from captivity early yesterday with tales of torture and humiliation.

But they are happy they are alive to tell the stories, although one of the students had to be rushed to the hospital for what Governor Abubakar Sani Bello called excessive exhaustion.

President Muhammadu Buhari expressed joy at their release but asked school owners to scale up security around their institutions to forestall further security breaches. 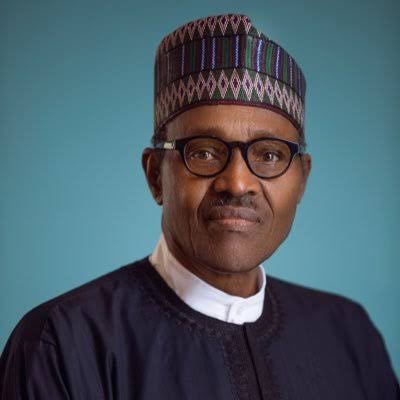 The Peoples Democratic Party (PDP) Caucus in the House of Representatives has expressed concern albeit shockingly over the report of arrest of Mr. Tanko Salihi Yakassai, a former aide to Umar Ganduje, Governor of Kano State by agents of the Department of State Services (DSS) few days ago.

In a statement signed by the Caucus leader, Hon. Kingsley Chinda (Rivers) at the weekend, the lawmakers expressed concern over the continuous breach of freedom of expression by President Muhammadu Buhari’s regime.

The statement reads, as a Caucus, we note with very serious concern, the continuous breach and denigration of democratic ethos and the Constitution of the Federal Republic of Nigeria,1999 (as amended) by President Muhammadu Buhari.

Particularly in view of constitutionally guaranteed safeguards in Chapters IV thereof on freedom of speech, and also the provision of Section 14(1) of the said Constitution which provides that the Federal Republic of Nigeria shall be a State base on the principles of democracy and social justice.

President Buhari urged to be ruthless with bandits 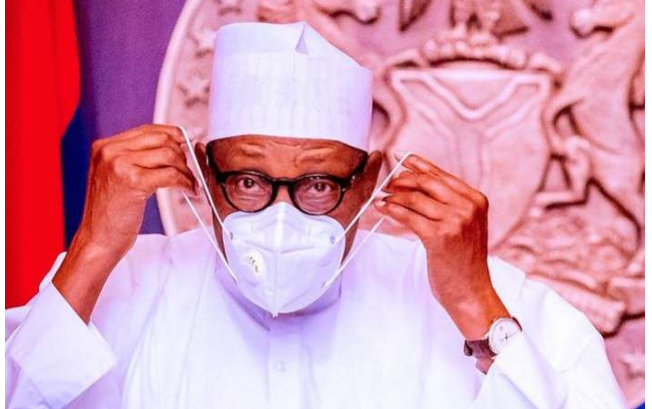 the Global Peace and Life Rescue Initiative (GOPRI) has implored President Muhammadu Buhari to be ruthless with bandits in order to serve as a deterrent to others.

GOPRI Executive Director Melvin Ejeh, in a statement, tasked President Buhari to squarely concentrate on solving security problems, adding that was tarnishing the image of the country and his administration.

‘The body language of the President and indeed the Government should clearly indicate intolerance for the activities of these bandits and similar criminals. It should be audacious and unambiguous.

‘The security situation in the country is really bad and has tendency to escalate to a more fatal dimensions if not tackled seriously and urgently.

‘Addressing the security challenges should be the Government’s topmost priority now, any other thing can follow.

‘The security situation has direct impact on other aspects of our nation especially the economy, insisted that government must give priorThe President should hold the state governments, Police, security agencies and military accountable where there are obvious lapses and negligence.

‘There is no need to hide under all these nepotism and selfishness. It is our country and we all have a stake and have to play our parts sincerely for the overall good of the nation and the future We must also apply technology where necessary and available. The non kinetic approach is also good and proven to be effective sometimes. But non kinetic approach can only be effective when we have robust Kinetic lines of operations and capabilities. 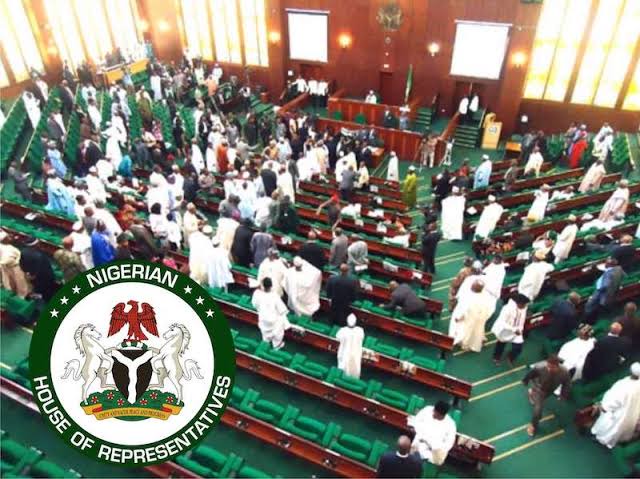 ABUJA- The leadership of the House of Representatives has offered explanations as to why it opted for one sitting per week, saying that the decision was necessitated by the second wave of the Covid-19 pandemic.

This was contrary to insinuations that there were plots by some members to move against it and cause leadership change through impeachment.

Sources who spoke to Daily Independent also confirmed the leadership position noting that it was better to err on the side of caution given what happened in Ghana’s Parliament were many members caught the virus. 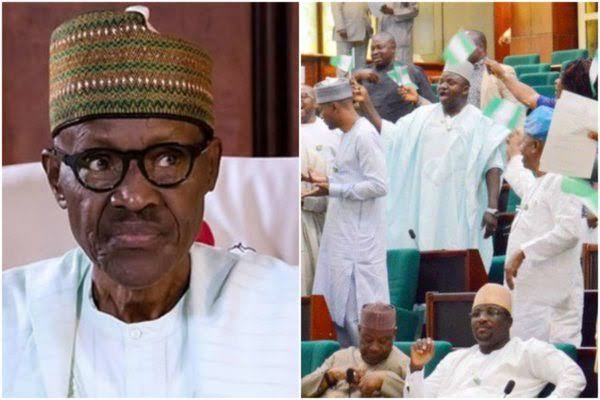 Babangida Reveals Why Northern Governors Worked Against Jonathan In 2015 Election

Sen Shehu reacts to Obaseki, Minister of Finance and CBN Gov controversy of #60b printed notes

[OPINION] #PantamiResign: Will the Minister of Communication Tow the Path of Honour and Resign?

Why The Agitation For Oduduwa, Biafra May Make Nigeria Better In The Near Future

I am a Muslim, my driver and secretary are Christians; I do not belong to a terrorist group – Pantami