President Muhammadu Buhari has returned back to Nigeria after his trip to the United States for the 76th United Nations General Assembly held in New York. The president really utilized his presence at New York to hold series of Meeting sessions with some dignitaries who sought for his attention. 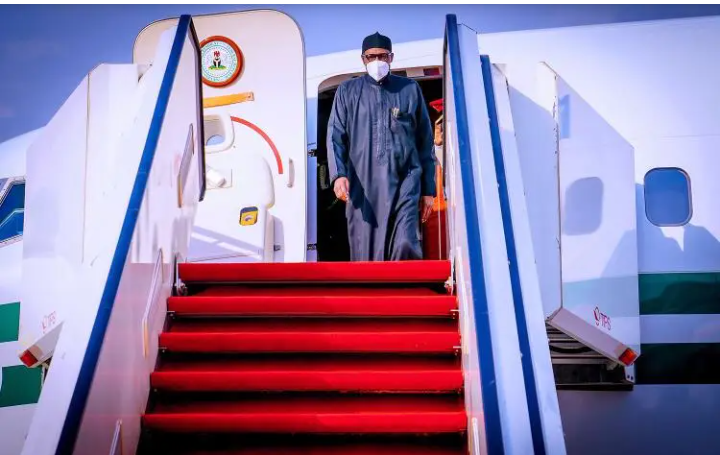 Photo: President Buhari back to Nigeria

It is on this occasion that the president met Okonjo-Iwealla, the WTO Director General who briefed him on her progress in attracting Vaccine manufacturers to Nigeria. President Buhari's loan requests as well as debt cancellation requests marked a significant part of his journey at the UN general assembly. 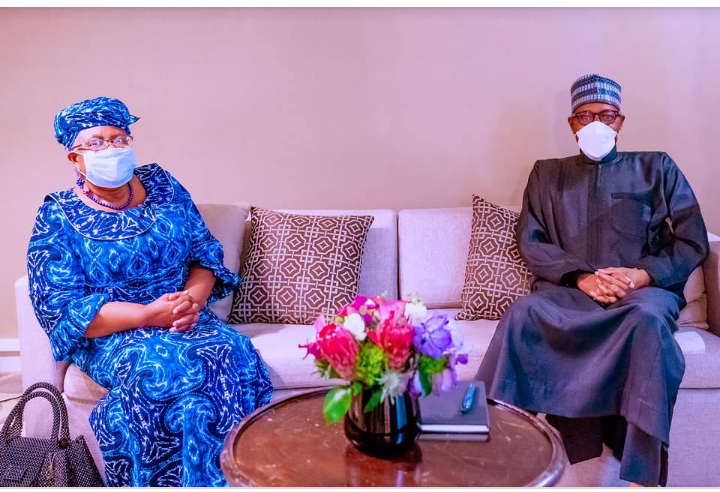 Photo: Buhari and Okonjo-Iwealla in a meeting

Most importantly, President Muhammadu Buhari's resounding speech at the UNGA revealed a lot to the world at large about the country, including Nigeria's current challenges and achievements as well as areas where the country needs financial supports. However, his highlight on the aspect of "terrorism" in Nigeria showed a significant difference with that of former President Good luck Jonathan in 2013. It was an honest reminder of the insecurity state of the country at the time of former President GEJ and what Buhari's administration has achieved so far in that aspect. 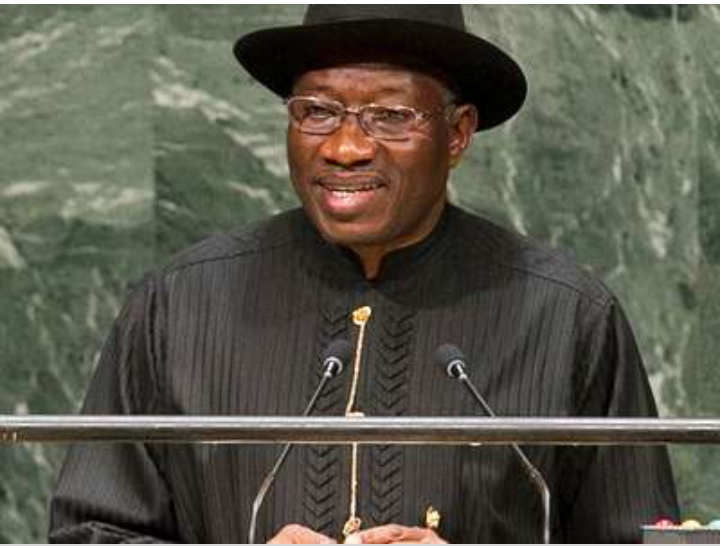 First, it could be recalled that former President Good luck Jonathan, while addressing the UNGA in 2013, notably said that the terrorism in Nigeria has proven to be a challenge to national stability at that time, adding that he would make efforts to fight it. This was at the time when the acts of terrorism in the country was not yet as intense as now. 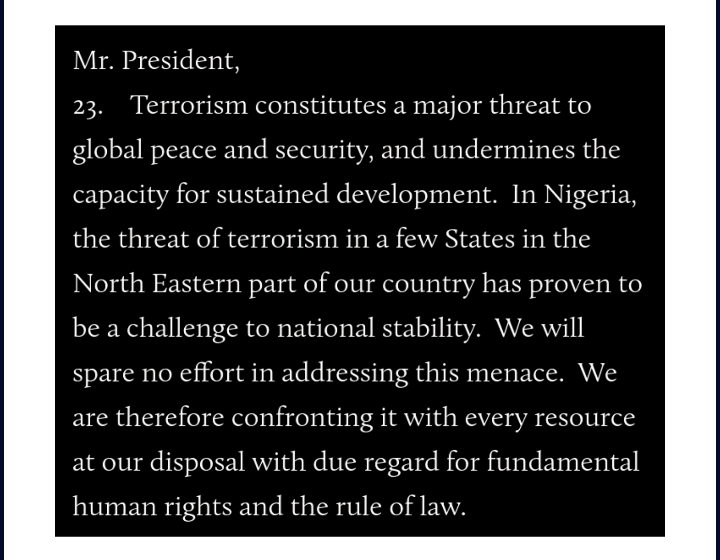 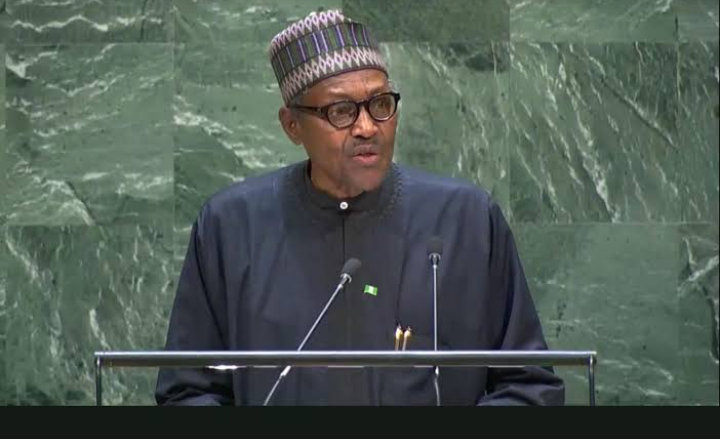 Following President Buhari's recent speech, he recognized the challenges of terrorism in Nigeria while highlighting the remarkable progress his administration made so far in curbing the rate of terrorism in the country. 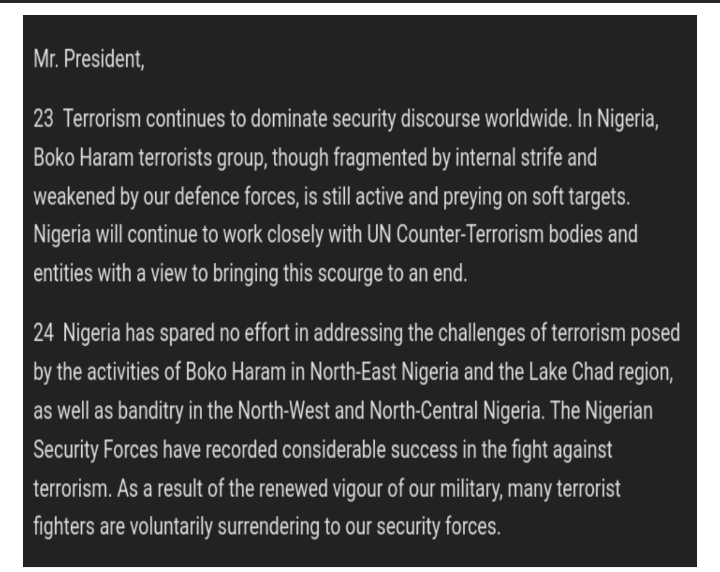 From the above perspectives, the major difference between the remarks of the two Presidents is in what they were able to do in the midst of the challenges, in other words, the results they recorded in the fight against terrorism. In Buhari's speech, it was disclosed to the credit of Buhari's administration that many terrorists fighters in Nigeria had surrendered voluntarily to the Nigerian Army whereas, at the time of former president GEJ's speech at the 68th UNGA, no such records or remarkable success on the fight against "terrorism" was stated. 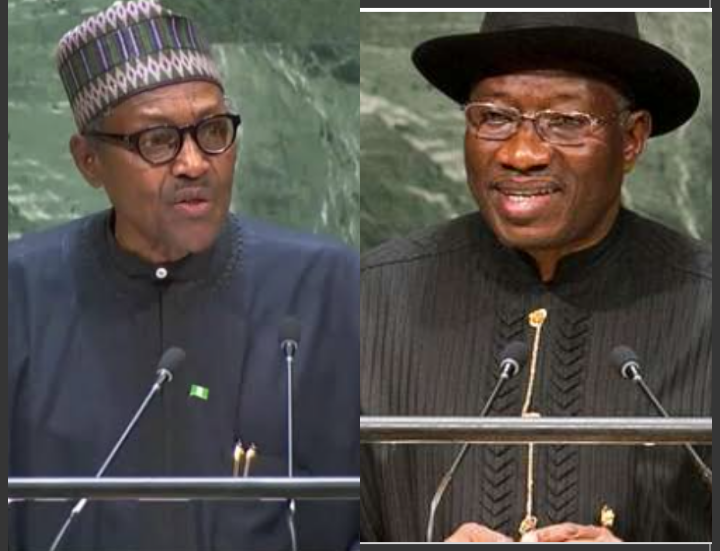 In conclusion, it is a great achievement that President Buhari in his capacity has been able to reveal to the world via his address at the UN general assembly, that Nigeria is making huge progress in the fight against insecurity.

What do you have to say regarding to this? What records of Former President GEJ are resounding to you? Share in the comments and don't forget to click on the red follow button for more updates.