By Wonci (self media writer) | 1 year ago

Over the last few days, France President, Emmanuel Macron has being facing series of backlash over his remarks against Islam. But it appears that the issue may be generating even bigger interests as leaders and citizens from Muslim-majority countries have began organizing street protests against the France president. 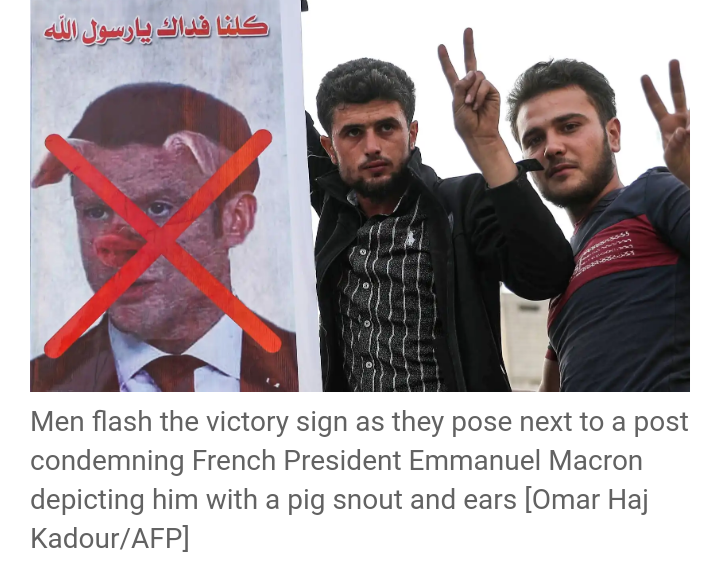 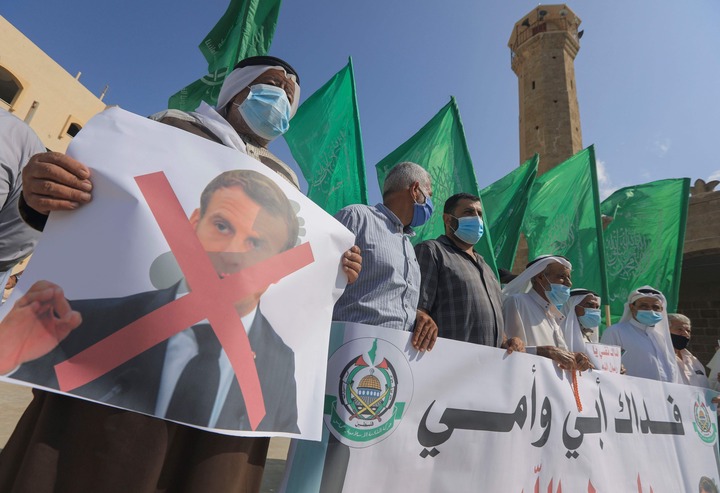 Image of protesters in Idlib, Syria.

The issue has led leaders of many countries demanding a boycott of France, Turkey's President, Recep Tayyip on Sunday had said that the France president had "lost his mind" which even prompted France to recall their ambassador in Ankara, Turkey. 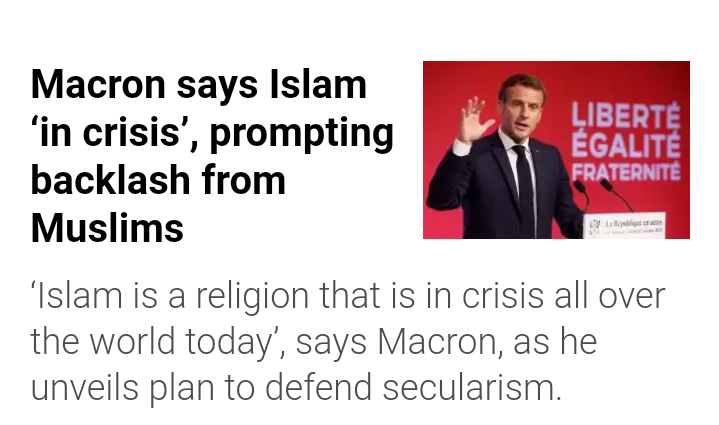 Recall that France's president had said that Islam was in crisis and had vowed to present a bill in December of this year to further solidify the law that officially separates church and state in France. All this is coming up after a teacher who displayed the caricatures of Prophet Muhammad was beheaded.

Muslims in France are said to be currently nursing fears of possible Islamophobia. 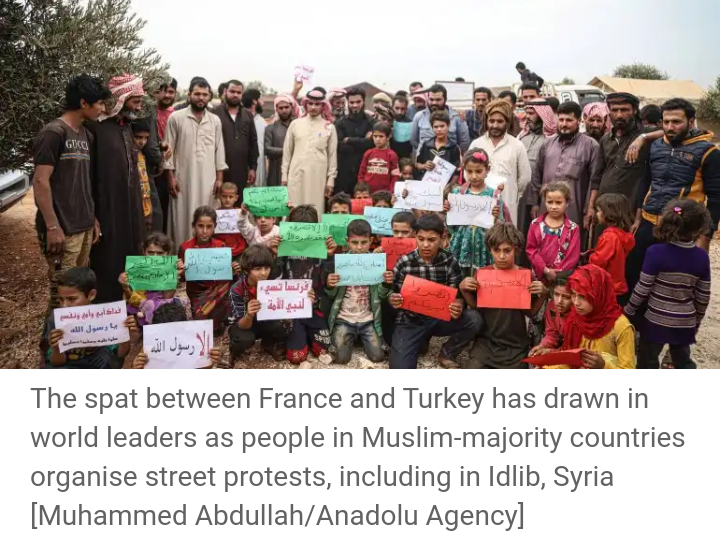 Just earlier today, Pakistan's Foreign Ministry called on the Ambassador of France to Pakistan to complain about the statements of their country's president. In his word, Shah Mehmood Quteshi who is the Foreign Minister of Pakistan said "the seeds of hate that are being cultivated today will polarize the society and have serious consequences".

Pakistan also wrote to Facebook CEO, to take a note of Islamophobia contents as well as writing to the UN to take notice and action against the hate-based narrative against Islam.

Similarly, they were street protests in Syria on Sunday during which pictures of Macron were torn. 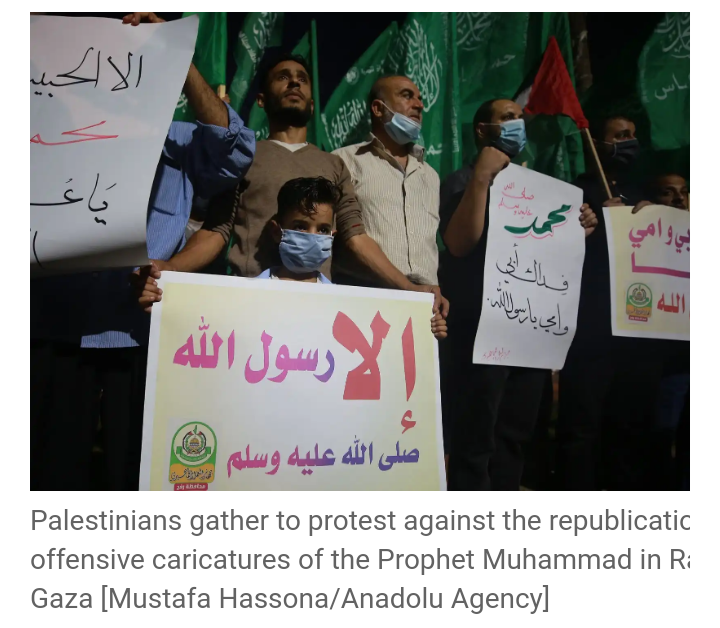 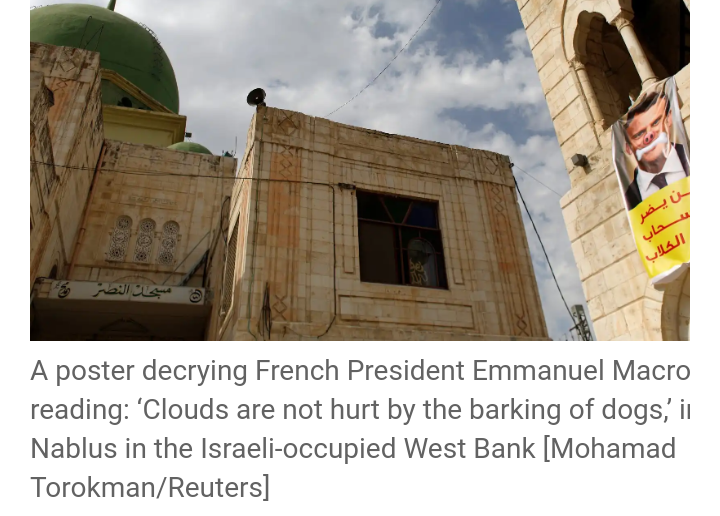 In Africa's Libya, over 70 persons were involved on a protest in the capital city of Tripoli as some were seen setting fire to Items linked to France. Morocco, Jordan are other nations that have spoken against the remarks of France's president.

Content created and supplied by: Wonci (via Opera News )