By Charlysac (self media writer) | 9 days ago 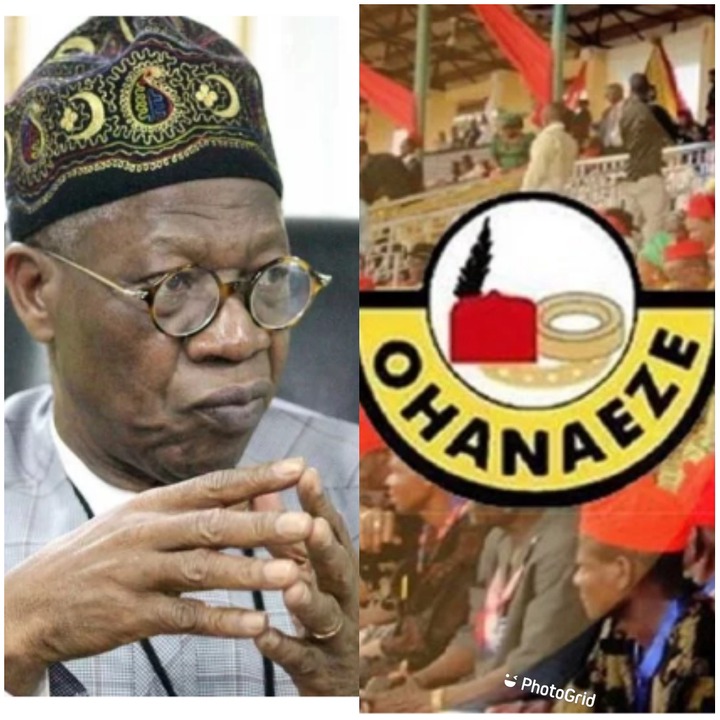 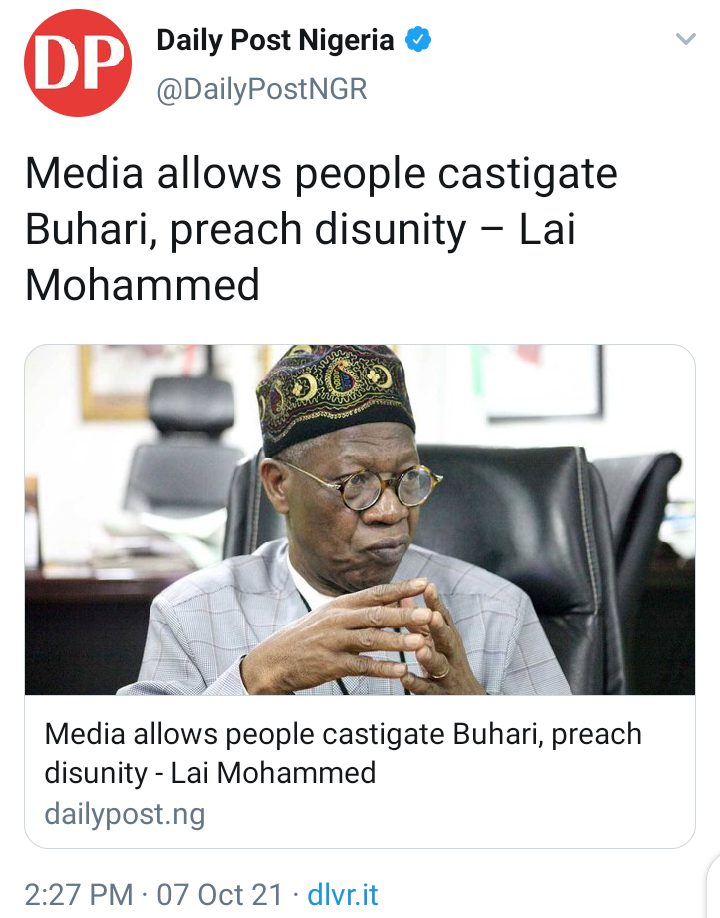 The Minister of Information and Culture, Lai Mohammed, has accused some broadcast media outfits of allowing Nigerians to use their platform to castigate President Muhammadu Buhari.

Mohammed disclosed this at the 75th General Assembly of the Broadcasting Organization of Nigeria, BON, in Kano on Thursday.

He also lamented that broadcast media houses allowed some Nigerians to use their platforms to carry out divisive messages.

Mohammed urged broadcast stations to ensure that their platforms are used to serve both public and national interests, rather than the interest of a few naysayers and agents of destabilization. 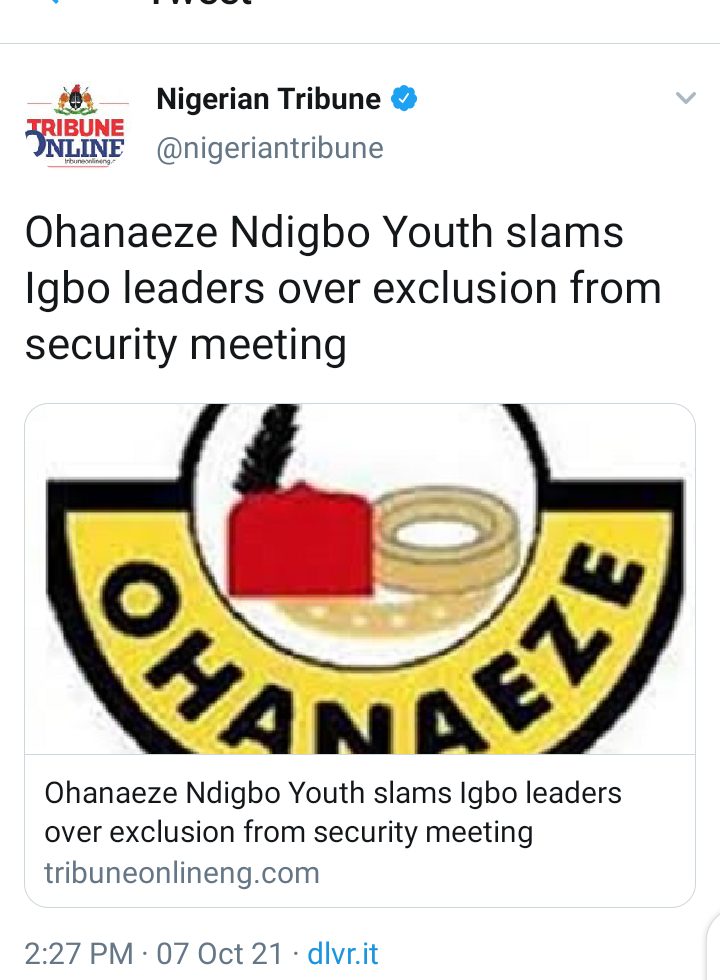 Sequel to the emergency security meeting held on Tuesday in Enugu by Igbo leaders and stakeholders, the youth wing of the apex Igbo organisation, Ohanaeze Ndigbo, has lashed out at the conveners of the meeting for excluding the youth constituency from the meeting, pointing out that that lapse indicated disdain for the youths and unseriousness of the leaders.

In a reaction contained in a communique issued and signed by Mazi Chika Adiele, the National Publicity Secretary of the youth wing, the youths said that:

“We have read with utter disappointment, a communique issued after a purported South-East stakeholders’ meeting involving the governors of the South-East, select political leaders, clergy and representatives from the traditional institution with the ludicrous exclusion of Southeast youths, and we wish to observe and state as follows

Buhari Never Declared Emergency Rule In Borno, Katsina, Others, But Considering It For Anambra—Ohanaeze Ndigbo Fumes 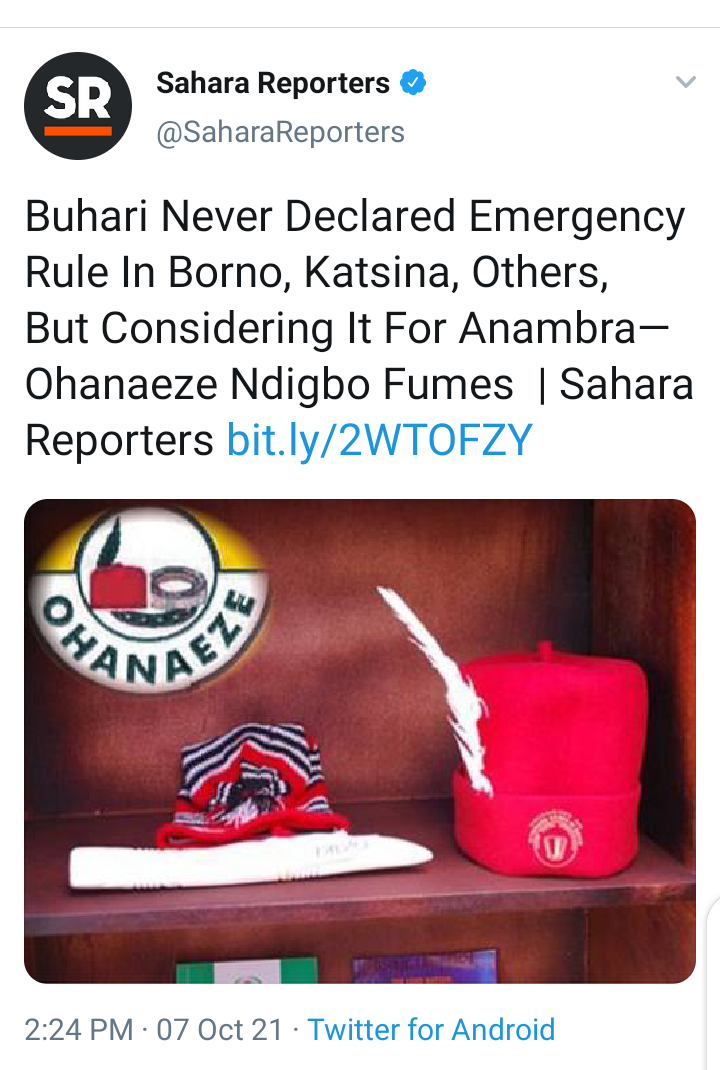 The apex Igbo socio-cultural organisation, Ohanaeze Ndigbo Worldwide, on Thursday, said there are external middlemen causing violence in Anambra and other states in the South-East.

The group, then, slammed the Attorney-General of the Federation and Minister of Justice, Abubakar Malami (SAN), over his statement that the Nigerian Government might declare a State of Emergency in Anambra to guarantee that the November 6 governorship election will hold in the state.

He described Malami's pronouncement as unfortunate and suspicious, adding that Igbo people as a whole reject the intention to foist emergency rule on the people and set aside the democratic government.

Nigeria’s debt rising because we spent our way out of recessions, says Buhari 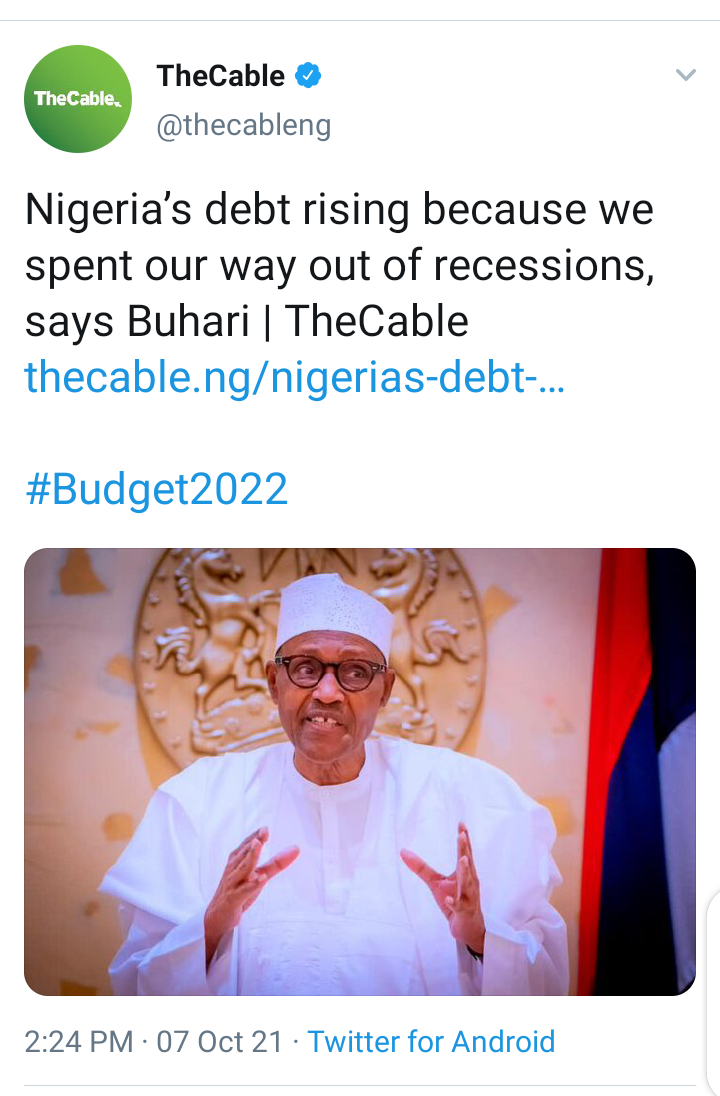 Since Buhari assumed power in 2015, Nigeria’s economy has slipped into recession twice.

The Debt Management Office (DMO) said Nigeria’s total public debt (federal and state governments) climbed to N35.46 trillion at the end of the second quarter of 2021.

While addressing a joint session of the national assembly on Thursday, the president said the economy would not have recovered without the government’s expenditure that was funded by debt.

OPINION: Harry Maguire's Transfer To Man United Might Just Be The Biggest Scam Deal In Football