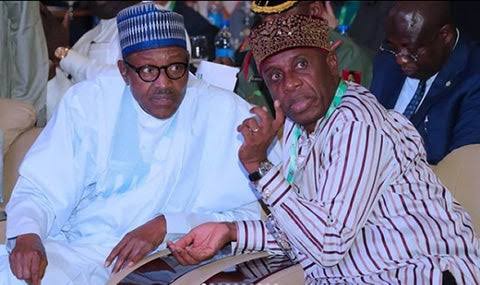 The government stated that scientific analysis of the herb showed that it is not as potent as claimed.

According to the findings, the herb works to reduce the frequency of cough with maximum dose.

One of the 12 aspirants vying for the ticket of the All Progressives Congress in the Ondo State gubernatorial election has stepped down for Governor Oluwarotimi Akeredolu few hours to the primaries. The News Agency of Nigeria reports that Ife Oyedele has opted to step down for Akeredolu, hours before the primaries, slated for July 20. Oyedele, who spoke to reporters after making the decision late on Sunday in Akure, said he took the decision after consultations with national leaders of the party to work with Akeredolu.

Yemi Lawal, the Osun State Commissioner for Youths and Sports, on Sunday in Osogbo said the state government was investigating the ownership of the supposedly state-owned football club, Osun United. Lawal made the disclosure during a question and answer session with sports enthusiasts and journalists. He also said the whole sports set up in the state would equally undergo restructuring for effective management by the state government.

Nigeria’s leading prophet, Primate Elijah Ayodele, has finally spoken God’s mind on the primaries of the Peoples Democratic Party for the Ondo State governorship election, which comes up on July 22, 2020. Primate Ayodele had earlier spoken about the All Progressives Congress in the state, making it known that he sees Governor Rotimi Akeredolu winning the primaries though dangers lies ahead of him.

The Peoples Democratic Party in Edo State has said neither the party nor the state government was responsible for the damage or removal of the billboards of the candidate of the All Progressives Congress, Osagie Ize-Iyamu. The state PDP Publicity Secretary, Chris Nehikhare, said this while briefing newsmen on Sunday in Benin. The APC, in a statement by the Director of Publicity of Ize-Iyamu Campaign Organisation, John Mayaki, had, on Saturday raised the alarm that the campaign billboards of Ize-Iyamu were being destroyed and pulled down in some part of the state.

Salami Bolaji, Ondo State Commissioner of Police, has warned that any politician with security aides or escort would not be allowed into the venues of the parties’ primaries holding this week. The CP gave the warning in a statement by the command’s Police Public Relations Officer, ASP Tee-Leo Ikoro, on Sunday in Akure. The News Agency of Nigeria reports that the All Progressives Congress and Peoples Democratic Party will hold their governorship primaries in the state on Monday and Wednesday respectively.