By AkwaOnline (self meida writer) | 24 days

Former Governor of Ekiti State, Ayodele Fayose, has alleged that there was over-voting at the Peoples Democratic Party South-West zonal congress held in Osun State on Monday.

He, however, said his camp chose to overlook over-voting because of the interest of the party.

Newsmen had reported that Ambassador Taofeek Arapaja, the candidate backed by the camp of Governor Seyi Makinde of Oyo State, got 343 votes to emerge as new South-West Zonal Vice Chairman of Peoples Democratic Party on Monday.

Dr Eddy Olafeso backed by the camp of ex-governor Ayo Fayose got a total of 330 votes.

Fayose, who had said he will accept the outcome of the election, in series of tweets late Monday night, added that “Like I said in my speech at the beginning of the congress that we should win together and we have indeed won together. 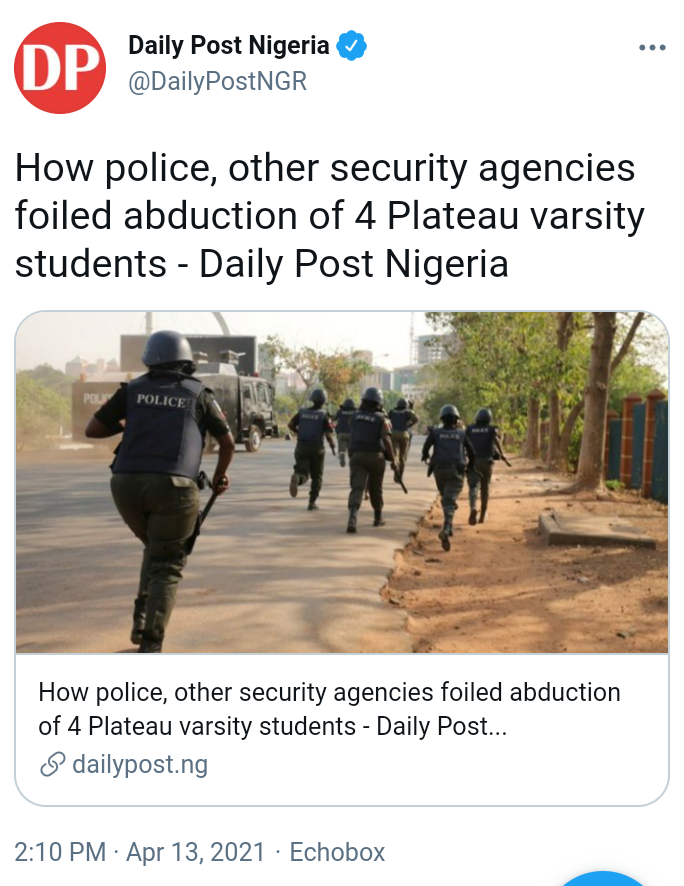 Nigerian Security Agencies have prevented the abduction of about four students of the Plateau State University in Bokkos Local Government Area of the State.

DAILY POST gathered that unknown gunmen stormed the university community on Monday night attempting to abduct some students residing off the school campus.

However, their operation was foiled by the joint intervention from the officers of Operation Safe Haven, Operation Rainbow, Nigeria Police, University Security and Community Watch Group.

The Director of Press and Public Affairs to Governor Lalong confirmed the incident to newsmen in Jos.

According to him, “on receiving the distress call, officers of Operation Safe Haven, Operation Rainbow, Nigeria Police, University Security and Community Watch Group mobilised and went after the kidnappers who had taken four students. Facing apparent capture, the criminals aborted their mission and ran away leading to the safe recovery of the students.” 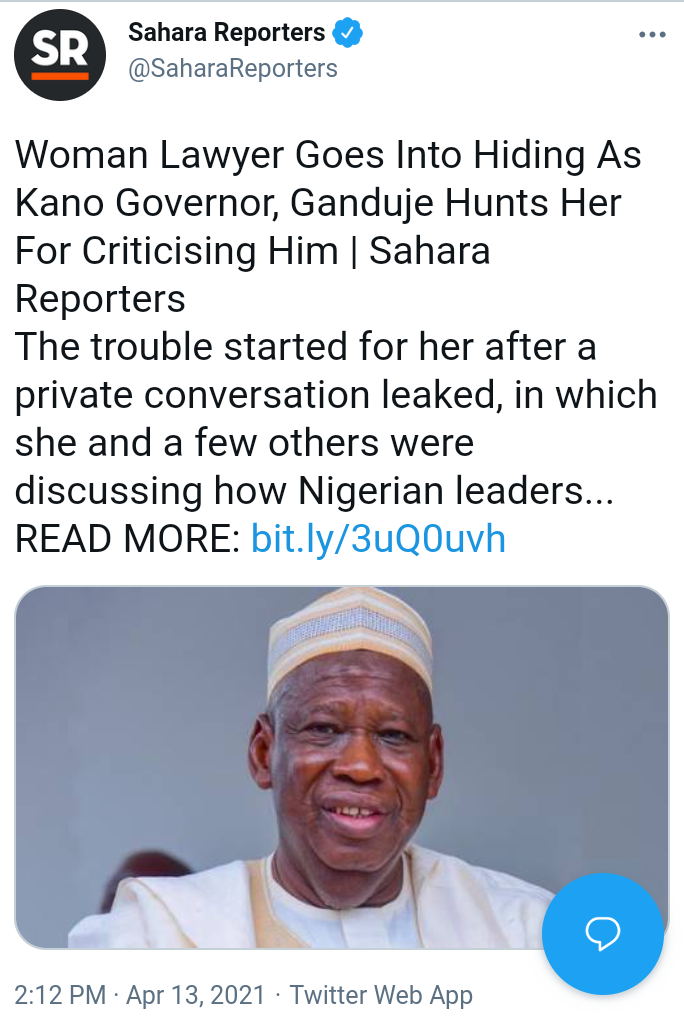 Alawyer and a mother of two, Sai’da Saad Bugaje has gone into hiding after a row with the Governor of Kano State Abdullahi Umar Ganduje, HumAngle reports.

Bugaje, a lawyer and legal adviser to the Kaduna Geographic Information Service (KADGIS), following her criticism of the manner in which the Kano Governor was handling the COVID-19 pandemic, became a victim of harassment and intimidation at her home in Kaduna back in September 2020.

The trouble started for her after a private conversation leaked, in which she and a few others were discussing how Nigerian leaders were managing the COVID-19 outbreak back in March 2020.

The high death rate in Kano and the response by the Kano state governor was raised by Sai’da, which she claimed was later rearranged in the leaked copy which made its way to social media. 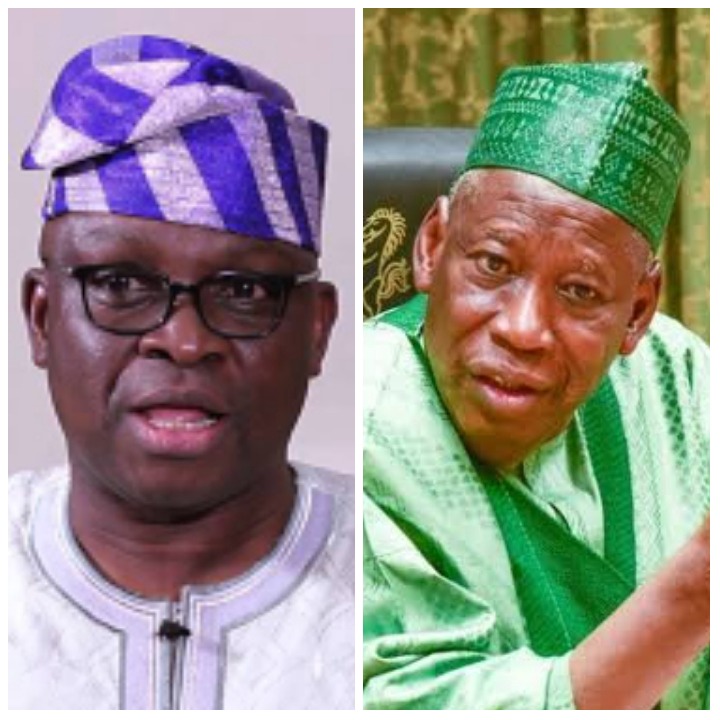 Checkout what a popular Nigerian gospel singer said in her post, that sparked reactions online