MAKIA: I did not abuse the airport worker - Abdul'aziz Yari 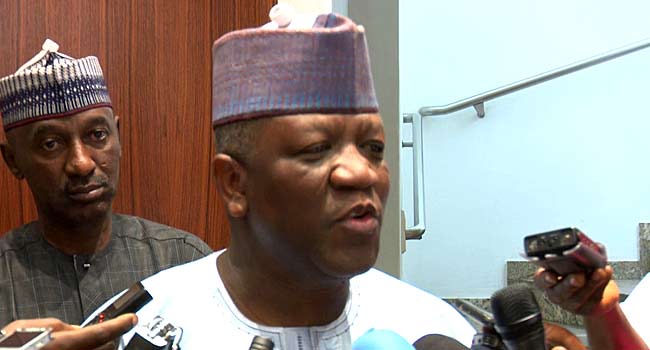 MAKIA: I did not abuse the airport worker - Abdul'aziz Yari.

He also told the Minister of Civil Aviation, Fani-Kayode, to wait for a court order.

On Wednesday, July 15, 2020, the FAAN accused the former governor of abusing an airport employee and violating protection against Corona virus

Yari also said that the Federal Airports Authority (FAAN) should retract its Twitter account of breach of the rules, and write a letter of apology.

Jail in a statement from his media adviser, Mayowa Oluwabiyi, said that although he used the airport that day, the allegations against him did not materialize.

If it can be recalled on Wednesday FAAN posted on its Twitter page that Yari's breach of COVID-19 safety measures was condemned.

FAAN further accused Yari of failing to comply with measures taken by the agency's Coronavirus Control Committee, dismissing an environmental official, when he said Yari's equipment must be treated.

Here, we are informing the public that HE Abdulaziz Yari passed through the MAKIA airport on the same day, but did not assault the airport staff. He also followed all other measures of protection against Covid-19 virus as per FAAN spreads out.

The incident that the commission posted on its website did not happen at all.

HE Abdulaziz Yari views this article as an insult and a breach of trust, and urges the FAAN to withdraw the statement and immediately apologize for the defamation.

Yari also indicated that he would not condone the abuse of Transport Minister Femi Fani-Kayode on his Twitter account, following the publication of the article by FAAN.

Jail confirmed that he was a law-abiding Nigerian, who had never been involved in any criminal activity.

HE Yari has been a supporter of the Federal Government of Nigeria in all its measures in the fight against the spread of Coronavirus in Nigeria.

Therefore, the honor and dignity of Abdulaziz Yari will never be underestimated ," Oluwabiyi said.

Yari also said that Fani-Kayode had listened to the summons from the court, as he would not let his insult go in vain.

Joy returns: A list of 6 people will repeat one year of national service in Kano - NYSC

After escaping from a Saudi prison, Zainab Aliyu completed her NYSC

Support for gunmen: Save one gun and give us two guns