President Muhammadu Buhari has presided over the eighth virtual Federal Executive Council meeting, held at the Council Chambers of the State House in Abuja, the nation’s capital. The President during the weekly meeting honoured the former Minister of Works, Major-General John Obada (Rtd) with a minute silence. In attendance is the Vice President Yemi Osinbajo, Secretary to the Government of the Federation Boss Mustapha, Chief of Staff to the President Ibrahim Gambari, National Security Adviser, Maj. 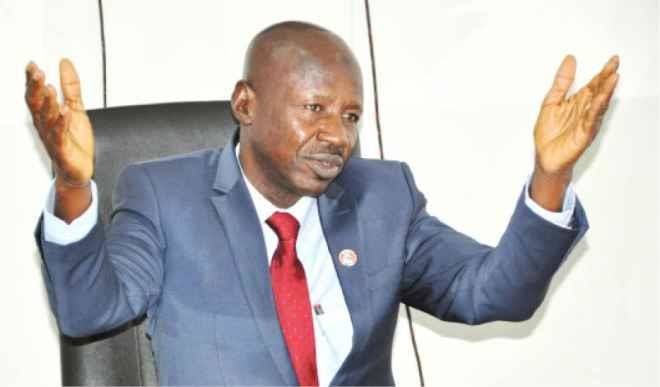 The claims are false, according to N-Power.

"Any information making the rounds about an assessment schedule should be considered FAKE NEWS," N-Power said.

The father of the late female pilot, Tolulope Arotile, has spoken about her death.

Akintude Arotile, the father, narrated how she spoke with Tolupe few hours before she died.

The mourning father thanked God that her daughter was able to achieve her baby dream of becoming a pilot.

The Senate has called on the President Muhammadu Buhari-led Federal Government to direct the Federal Ministry of Labour and Productivity to set up a Committee to review the age limit for job seekers in the country to allow competent applicants to be employed by the Ministries, Departments and Agencies of Government. The call was made The post Senate wants age review for job seekers appeared first on ORDER PAPER.

The suspended acting chairman of the Economic and Financial Crimes Commission Ibrahim Magu has been released on bail. Mister Magu was detained ten days ago after appearing before a Presidential panel investigating his activities while he served as the Chairman of the anti-graft commission. On Friday last week, lawyers to Mr. Magu applied to the […] The post Ibrahim Magu released on bail appeared first on TVC News Nigeria.

United Traders Association (UTA), a Non-governmental Organisation comprising market women in Anambra state, has condemned the spate of rape in the country and urged the government to enact a law making it a death sentence on culprists. UTA, in a peaceful demonstration to the Anambra State House of Assembly, the State police command, the state government house

LAGOS – Traders and commuters ran for safety when a section of the NURTW members at Idumota area of Lagos Island attacked another over control of a garage on Monday. Some traders and members of the public who came for their day works and businesses were said to have ran for safety when the two factions of the union were seen brandishing dangerous weapons like cutlasses, broken bottles and knives to attack each other.

By Demola Atobaba It was like a stage drama as a middle aged woman whose identity has not been confirmed suddenly passed on in a public transport in Ado-Ekiti, the state capital. EKITI STANDARD gathered that the woman was onboard with other passengers from Ado to Igede-Ekiti in Irepodun/Ifelodun local government when the urgly incident occurred. According to an eye witnessed who spoke with our Correspondent, the unknown woman was hale and hearty when they boarded the vehicle but suddenly developed complications in the course of the journey.

WOMEN in at least 45 countries were subjected to traumatic childbirth incidents during the COVID-19 pandemic in violation of the recommendations of the World Health Organisation, WHO and national laws. OpenDemocracy, a global media organisation in the UK, revealed this in a study after compiling a dataset of over 100 women across various countries who gave The post African governments may face lawsuits over maternal deaths during COVID-19 – Rights groups appeared first on The ICIR.