By Kingswaves (self media writer) | 22 days ago 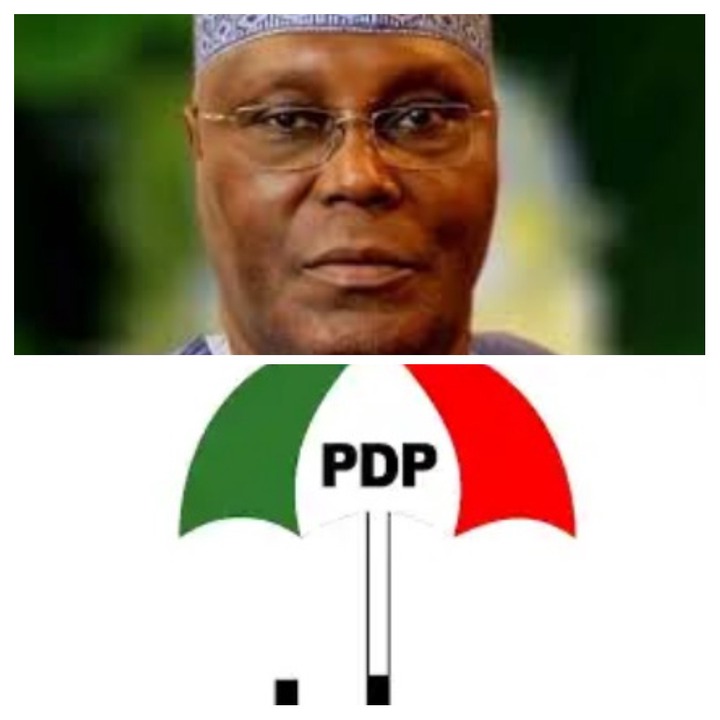 The political climate in Nigeria is changing on a daily basis. With many unforeseen circumstances that have been going on in political parties, many party faithfuls are disappointing their platform for another party.

The latest decision by the PDP to vote for the chairmanship position of the main opposition party to the north has made the South the bride of the PDP. It has also made some people lose interest in the presidential ticket. People like the former Vice President of Nigeria, Atiku Abubakar, may not be able to take heed of this development that is for the general interest of Nigeria and the South. Mr. Abubakar may not have held his peace, because he believed that he must rule Nigeria before he retired from active politics.

The former VP has contested the number one seat on different occasions and on different platforms. He had contested on the platform of Action Congress, and later decamped to APC, but when he saw that the coast was not clear for him, he moved over to PDP, where he slogged it out with President Buhari in the last general elections, with Peter Obi as his running mate. Now that he has not retired from politics as he promised earlier, the latest events in the PDP have locked the boat against him to contest the party primary and possibly become the flag bearer of the party. The PDP has zoned the chairmanship position to the North, meaning that the North can't produce the party's flag bearer in 2023. Those who are closer to the Adamawa-born politician are suggesting that the PDP chieftain may find his way out of the main opposition party. He may not return to the APC because the party's presidential ticket will most likely be zoned to the South. The next alternative for him is either moving over to the new party that was floated by the former INEC boss, Professor Jega, called the Rescue Nigeria Project, or remaining in the PDP and helping the party win the next election.

Mr. Abubakar may have a few weeks to make his decision since the road map to 2023 is almost winding up in different parties' hands. If you want to contest on any party platform, you must join the party on time and make your way clear.

Observers are suggesting that it's better for Atiku to remain in the PDP than to decamp to any other political party to contest for the number one seat, because it would be a hard task to get in any other party rather than PDP and APC.

What do you think that the Adamawa politician will do at this critical time in his political journey? Kindly send us your comments below the box. Share and like this work, and follow us for updates.