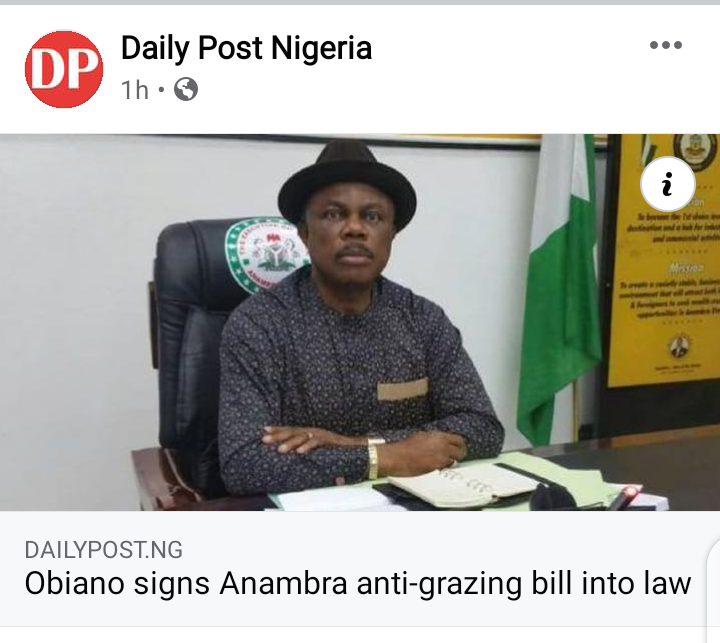 The governor signed the bill into law in a brief ceremony, which was performed at the Governor’s Lodge, Amawbia, on Friday.

While signing the bill into law, Obiano appreciated the state House of Assembly for expeditiously passing the bill, saying that the establishment of the law will hopefully enable entrenchment of peace.

Ex Gov Yari’s in-law, one other abducted in Zamfara

Gunmen suspected to be bandits have kidnapped the younger brother to the wife of former Governor of Zamfara State, Fatima Abdul Aziz Yari at their country home in Talatar Mafara Local Government Area of the state.

DAILY POST gathered that the kidnapped victim, Auwalu nicknamed (Babson) was reported to have been kidnapped in his private house located at the Talatar Mafara low cost area at about 11:00pm. 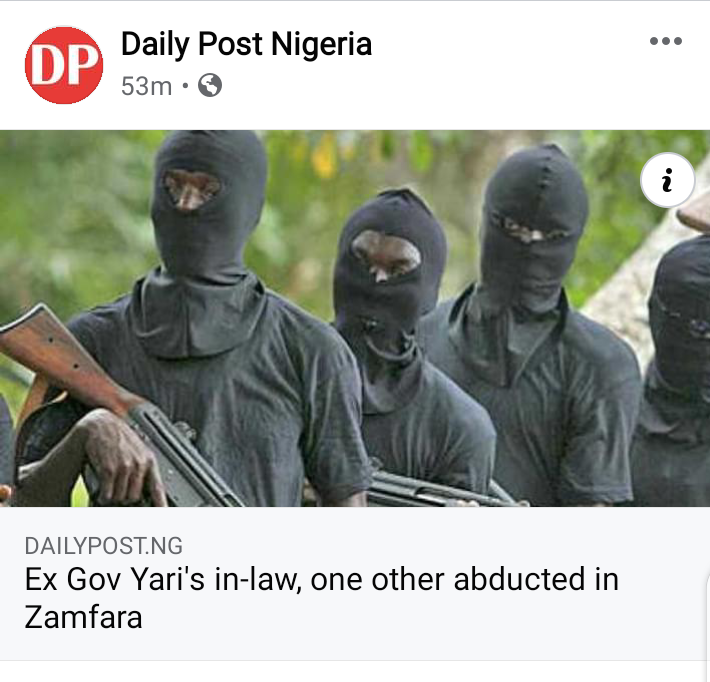 According to a source who puts his name as Aminu Ahmad, the kidnapped victim just came back from the United Arab Emirate (UAE) when the abductors stormed his residence and collected unspecified huge amount of money and took him away to an unknown destination.

“When Auwalu first noticed a suspicious movement inside his apartment, he attempted to escape through an exit route of his house, but he was attacked while attempting to move away his wife,” Ahmad said.

The Federal Ministry of Communications and Digital Economy has announced the postponement of the 2021 Digital Nigeria Conference, Exhibition and Awards earlier scheduled to hold from October 25-27.

This is contained in a statement signed by the Head of Corporate Affairs and External Relations, National Information Technology Development Agency, Hadiza Umar, on Friday in Abuja. 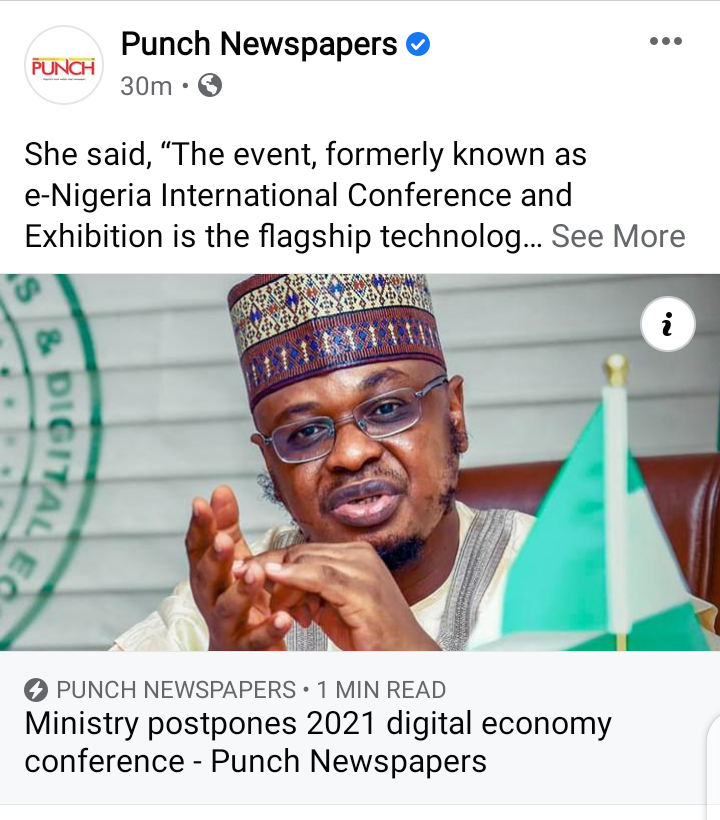 Umar said that a new date for the event would be communicated in no distant future.

She said, “The event, formerly known as e-Nigeria International Conference and Exhibition is the flagship technology event in the Nigerian digital economy sector.