Nigeria loses $3b to illegal gold smuggling in 6 years — Buhari 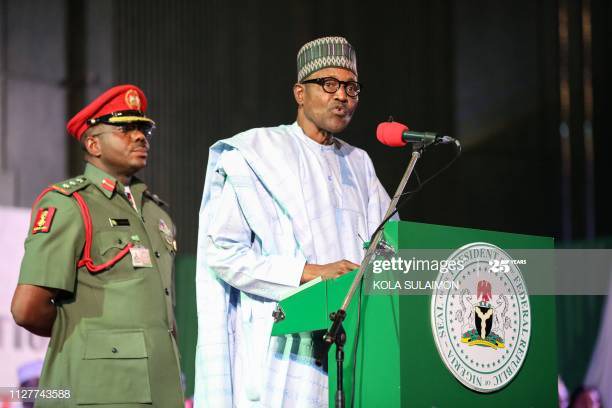 President Muhammadu Buhari has voiced concern that Nigeria lost close to $3b from 2012 – 2018 due to illegal smuggling of gold.

The President, who renewed the determination of his administration to combat illegal mining activities, said improved gold mining operations in the country would generate no fewer than 250,000 jobs and over $500m annually in royalties and taxes to the Federal Government.

He said this laudable initiative would support efforts at creating jobs for Nigerians, diversifying the revenue base, and improving foreign exchange reserves.

President Buhari noted that in addition to the potential revenue gains that will occur from mining operations, efforts are being made to enable the setting up of gold refineries in Nigeria. Speaking in Calabar on Thursday, the coordinator of the group mostly made up of founding members, former elected and appointed officers and National Assembly members (NASS), Comrade Raymond Takon, alleged that their investigations have revealed that the litigants are sponsored and bankrolled by the Ntufam Inok, the party chairman, through the office of the Governor as the claimants/applicants cannot muster enough financial resources and courage to take the party to court. The House of Representatives Committee on Niger Delta Development Commission (NDDC) has issued warrant of arrest on the acting Managing Director of the NDDC, Prof. Kemebradikumo Pondei. The resolution was sequel to a unanimous adoption of a motion by Rep. Benjamin Kalu (APC-Abia) at an investigative hearing on Thursday in Abuja.

The resolution was made after Pondei and his team, walked out on legislators investigating the alleged N40 billion irregular expenditure in the commission.

He said that the NDDC will only respond and make presentations if the Chairman of the committee steps down.

Kalu, who is the spokesman for the house, commended the committee members for the maturity exhibited following the provocations by the NDDC boss. The committee is chaired by Ibrahim Khaleel of the Nigeria Labour Congress and Chairman of the Audit Committee of the NSITF board.

The minister , who was represented by the Permanent Secretary , Federal Ministry of Labour and Employment , William Alo , said the eight- member committee has three weeks to submit its report.

Somefun, three directors and 10 management staff were suspended by the minister over allegations of financial infractions and procurement breaches.

Speaking while inaugurating the panel in Abuja , the minister said the NSITF is a government -owned entity established to address the socio -economic needs of workers by providing compensation to insured employees who suffered from occupational diseases , sustained injuries or disability from accident or even death during or in the course of employment.

In order to discharge its mandate, he explained that the NSITF Act provides that employers of labour should make financial contributions to the Fund.

According to the minister , employers in both the private and public sectors of the formal economy and the NSITF were the statutory custodian of the funds.

5.How Wike rescued me from police – Ex-NDDC DG, Nunieh The immediate past managing director of the Niger Delta Development Commission has narrated how she was rescued from heavily armed policemen who wanted to arrest her without a warrant of arrest.

Nunieh , who spoke at the Government House in Port Harcourt on Thursday , said the heavily armed policemen tried breaking the security door to her residence before the governor came in and ordered them out of her premises.

The former NDDC MD explained that she had earlier called the governor to inform him about the invasion of her residence by policemen , adding that Wike came to her rescue at the point the policemen were still trying to pull down the security door leading to her room.

She added that she was preparing to go to Abuja to give her submission to the House of Reps Committee before the police raided her house.