By Alluringpearl (self media writer) | 2 years ago 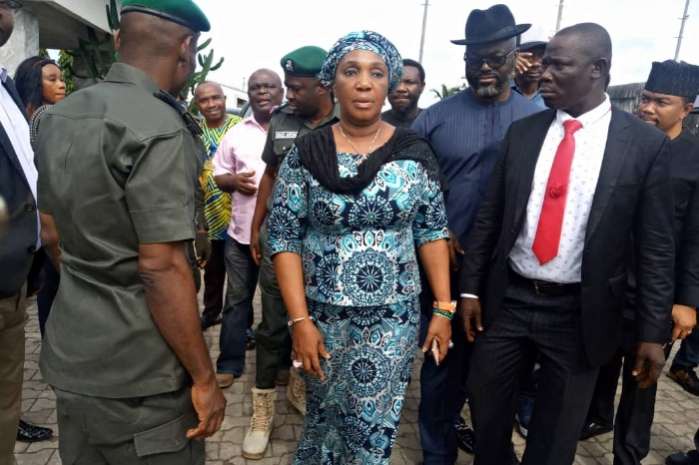 The woman in the picture above is the former manager of Niger Delta Development Commission, Joi Nunieh. Niger Delta has been the state where most of Nigeria revenue are based on. For decades now, Nigeria has been economically dependent on crude oil ( petroleum) as their one major source of revenue. One of the state that has the natural resources in large quantities is Niger Delta. On Monday being 13th of July, she said that she slapped Minister of Niger Delta Affairs, Godswill Akpabio, for sexually harassing her when was being interviewed.

During the interview on Monday, she revealed on Arise TV, that the incident happened at Akpabio’s guest house in Abuja. She said, “Why did he not tell Nigerians that I slapped him in his guest house at Apo? I am the only woman that slapped Akpabio. He thought he could come up on me. He tried to harass me sexually.

“I slapped him. He tried to come on me. I am an Ogoni woman and nobody jokes with us. I showed Akpabio that Rivers women do not tolerate nonsense.”

When further asked by the TV host, Reuben Abati, whether she is accusing Akpabio of rape or sexual harassment, She also accused Akpabio (the minister) of trying to inflate the NDDC budget.

This has been trending since Monday. My opinions about this is that she did well by slapping him. I admire her courage and I'm advising ladies who have been harassed sexually by men of the high table to speak out to stop this menance. She also revealed information concerning the minister, so we know what the people we placed in power is doing there.

This news has generated a lot of reactions on the social media platforms especially Facebook. See some of their reactions, why some are in support of the woman for slapping the man, some are not in support of this. In the society where it is a norm for a woman to challenge a man, what do you expect? You can say your opinions on the comments section.