Why We Should Praise Buhari Over Soft Decision On Magu - Adesina

Femi Adesina, who is the spokesman to the president has said the invitation of Ibrahim Magu, the suspended acting chairman of the Economic and Financial Crimes Commission (EFCC), to appear before a presidential committee is in his best interest. That is considered to be the best option for now. 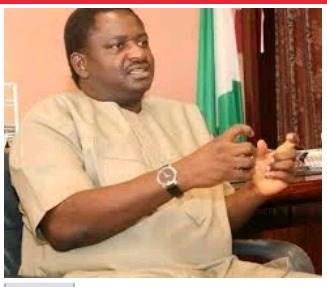 While Speaking on Wednesday featuring on Politics Today, a program on Channels Television, Adesina said President Muhammadu Buhari deserves to be hailed over his action on Magu.

“If anything illegal has been done, there are ways to redress it. But I think the best approach to satisfy everyone including Mr. Magu is for the panel to have invited Mr. Magu to hear his side of the story,” Adesina said.

“What the federal government has done so far is the right thing to be done according to the law, justice, fairness, and all that is right.

On Mr. Magu’s release, he said he got the information on the development around the time it was in the news as he had been at the federal executive council (FEC) meeting which took place between 10 am and 6:02 pm.

“In the investigation of the extent that we have seen so far, it is required that whoever is the chief executive of that commission will need to step aside. There is no conclusion yet. He will just have to step aside in order to allow smooth investigation,” he said.

“It’s just an investigation, not a trial. If a trial needs to come later, it would come. But we are not at the trial stage now. We are just at the stage of finding the facts. He has just been asked to defend himself, and nothing more for now.

“Mr. Magu isn’t under trial, at least for now, because what lawyers call a prima facie case has never been built against him. He is only going through investigations. So, it is part of the requirements for the anti-corruption war rather than something that would decrease the effect and impact of that war.

So, the invitation of Magu to appear before the presidential panel is in his best interest. That is considered to be the best option for now. The sole aim is to allow him to defend himself to view his own part of the story, and never to prosecute him.