By TheDailyNewsNg (self media writer) | 8 days ago 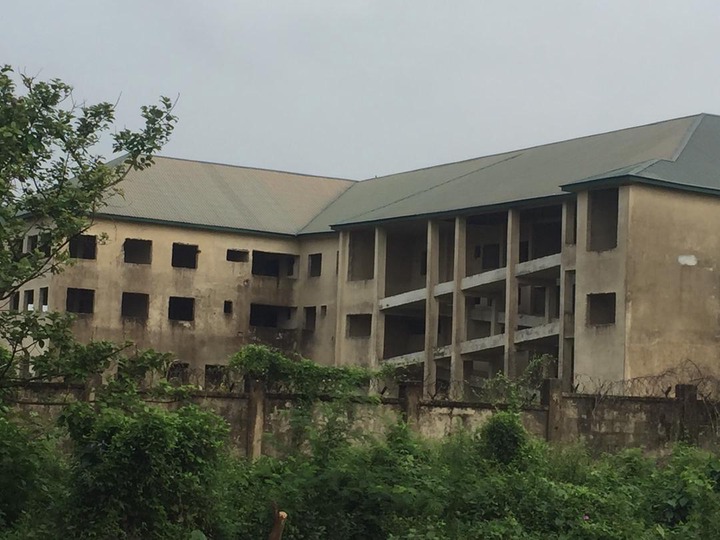 On Friday, 19th November, 2021, while we were observing activities marking the widely publicized one year memorial in honour of late Mrs. Amaka Victor Ndoma-Egba, a story done by CrossRiverWatch, an online news medium, made the rounds. It was about the Ikom Specialist Hospital project and links to Senator Victor Ndoma-Egba SAN, a former Senate Leader of the Nigerian Senate. The story reported that the project was approved for award by the Federal Executive Council in 2012 to Emostrade Engineering Ltd, purportedly owned by Senator Ndoma-Egba, and went ahead to accuse him of violating the Public Procurement Act. In addition, CrossRiverWatch also alleged that the Senator deliberately refused to complete the project while he was chairman of the NDDC which is the project's owner, amongst other insinuations that, at best, reflect the writer's fictive imagination with the aim of whipping up negative emotions against the Senator by the public.

In truth, we have been expecting this smear campaign against Senator Ndoma-Egba. We also know the sponsors of this campaign of calumny. What we did not know was that the attack will take this long in coming, the medium and the angle it will come from.

The Facts versus Fiction plus Posers:

1. Senator Victor Ndoma-Egba was first elected into the Senate in 2003 to represent Cross River Central District. One of the many projects he attracted to his constituency was the specialist hospital in Ikom, which he succeeded with. By the way, total of 92 projects were brought to the Central Senatorial District by the Senator during his tenure. This feat, ordinarily, should attract kudos and not knocks as intended by CrossRiverWatch and their sponsors. Is it wrong or illegal for a legislator to lobby and attract a project to his constituency?

2. Senator Ndoma-Egba founded Emostrade Ltd among other entities, as a private citizen but stepped down from his position in the company upon his election into the Senate, in compliance with extant Code of Conduct laws. He was in the Senate between 2003-2015 and had a brief stint as NDDC chairman for 13months (November 2017- January 2019). During these periods, can CrossRiverWatch show any concrete proof of breach of extant laws for Nigerian public officers by the Senator Ndoma-Egba? If yes, they should put that in the public domain instead of hiding in the realm of speculations.

3. CrossRiverWatch wrote "Emostrade Engineering Limited, incorporated by Senator Ndoma-Egba and his brother in 1988 was not qualified to get the contract for the specialist hospital. According to the Procurement Act, it is unethical and unacceptable to award a contract to someone who may have special dealings or influence with the procurement entity. At the time the contract was awarded, Ndoma-Egba was the Senate leader"

The fact remains that Emostrade Ltd participated in a competitive bid for the Ikom Specialist Hospital project, as a duly pre-qualified company and not as a company affiliated to Senator Ndoma-Egba. The records of that bid exercise can be obtained by any interested person from the awarding entity. Did CrossRiverWatch dispute the competence and capacity of Emostrade Ltd to do the job as contractor? Can CrossRiverWatch show with proof that the Federal Executive Council breached the Public Procurement Act in approving the award of the contract to Emostrade Ltd? Should Emostrade Ltd have been disqualified from bidding for the job because of their past links to Senator Ndoma-Egba? This smacks of mischief and double standards. It follows from their reasoning that companies should be arbitrarily excluded from bidding for projects even if they possess the requisite capacity to execute the jobs because of the simple fact that they have a past relationship with someone. And by the way, was Senator Ndoma-Egba, at the material time, a part of the approving authority (the Federal Executive Council) or the client entity (the NDDC) as at 2012?

4. Approval of the project sum of N1.2b did not translate to release of the full sum to the contractor as insinuated in the report. Projects are implemented and delivered in stages with payment milestones clearly spelt out in the contract documents. Payments are typically made when any of such milestone has been achieved by the contractor. Does CrossRiverWatch have the contract documents? Is there evidence that Emostrade Ltd breached the terms of the contract of the Ikom Specialist Hospital project?

5. CrossRiverWatch claimed in their report that work stopped in 2015 when the project was at 50% completion. The truth is that work on the project resumed in 2018 and was taken to 70% completion before funding challenges set in again. This is easily verifiable. One then wonders why CrossRiverWatch had to rely on bits of information gathered in 2015 to make a report in 2021. What do they aim to achieve by this?

6. CrossRiverWatch will also have us believe that Senator Ndoma-Egba ignored the project during his brief stint as NDDC Chairman but the records show that significant work was done on the project in 2018 courtesy of Senator Ndoma-Egba. His tenure in the NDDC was cut short in January 2019 and the subsequent lack of funding to the project is the reason for its delayed completion.

Inquiries at the NDDC revealed that nine Specialist Hospital projects were approved by the Federal Executive Council and awarded by the Commission in 2012. The other eight were not awarded to Emostrade Ltd. Of this number, only the ones in Ikom and Port Harcourt have reached significant stages of completion, with the Ikom project adjudged the most completed. This may not be unconnected with the general issue of poor funding of the projects. In the case of the Ikom Specialist Hospital, this and the fact that the initial project designs were discovered to be inadequate as they did not reflect several components that are essential to a modern specialist hospital including ramps, elevators, pharmacy, mortuary, staff residence, etc. are major contributory factors to the project's delayed completion. For the records, Emostrade did not produce the said drawings but only submitted their bid based on the drawings as contained in the client's bid documents.

It is instructive to note that CrossRiverWatch was not interested in investigating and bringing to the fore the ACTUAL causes of the project's delayed completion. One would have thought that if indeed public good was the underlying objective (as it ought to be), then the focus of the report should have been to identify and advocate for the removal of the real stumbling blocks to the completion of the project by the NDDC and not some shadow chasing. 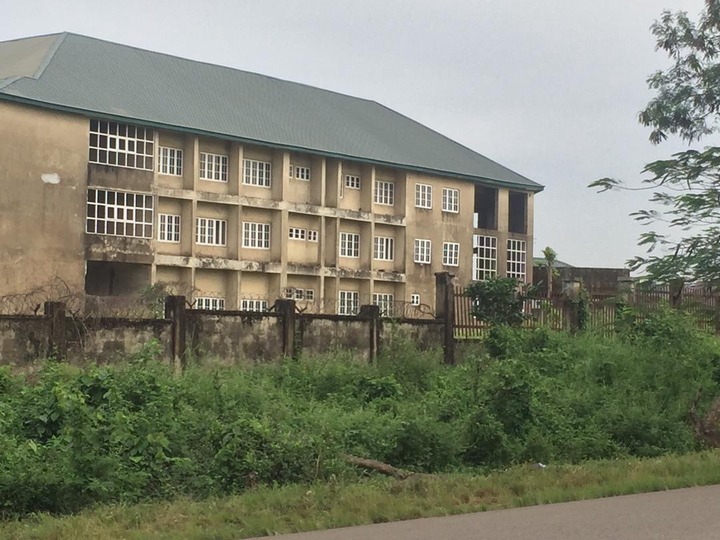 We also note that the competence and capacity of the contractor was not questioned by the CrossRiverWatch. They did not make a case of the contractor embezzling the funds so far released for the project. They also did not point us to the specific section of the Procurement Act that was allegedly breached by Senator Ndoma-Egba. Rather, the medium tried so hard to cast aspersions on the person and integrity of the Senator, whose only offence in this case was that he founded a company at age 30, left the company to serve his people and attracted laudable projects to his people.

So according to the report, Senator Ndoma-Egba while serving in the Senate was able to influence the hospital project to his people as dividends of democracy. That is correct. He went on to award the project to a company he founded and managed by his brother. That is false because he was neither a member of the Federal Executive Council which approved the award of the contract nor in the NDDC which supervised the contract. He did nothing to complete the project while he was in the NDDC. That is false because 2015 when work stopped due to funding challenges and design defects, he caused work to resume on the project in 2018 while in the NDDC. 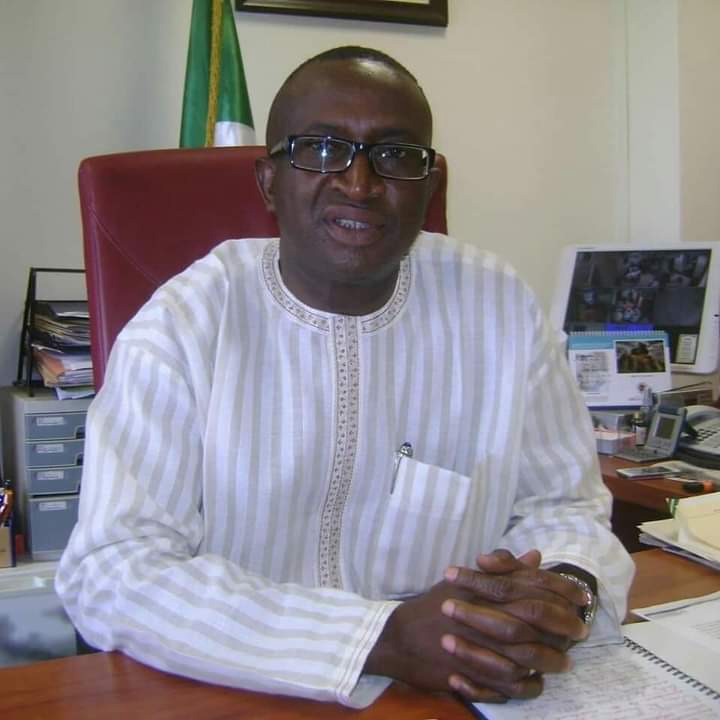 It will be foolhardy for anyone to consciously and intentionally work to truncate a project which he originated and recognized the immense potential benefits to his people. Even the most ardent hater and critic of Senator Victor Ndoma-Egba will readily concede that he is not a fool. So may be the authors and sponsors of this cheap blackmail, that cannot stand any scrutiny, need to look elsewhere for their next victim.