By Victor6ix (self media writer) | 6 months ago 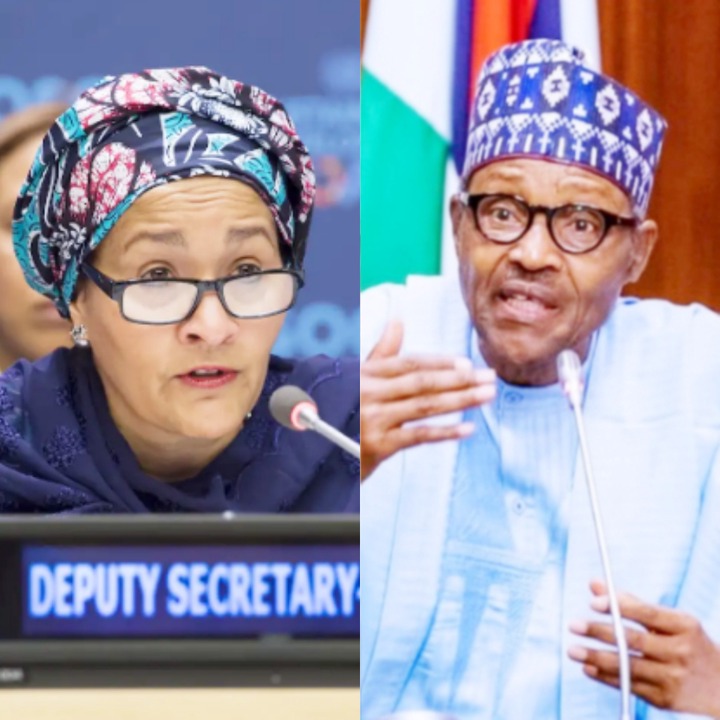 "Nigeria Is Better Than US, UK Others"- Amina 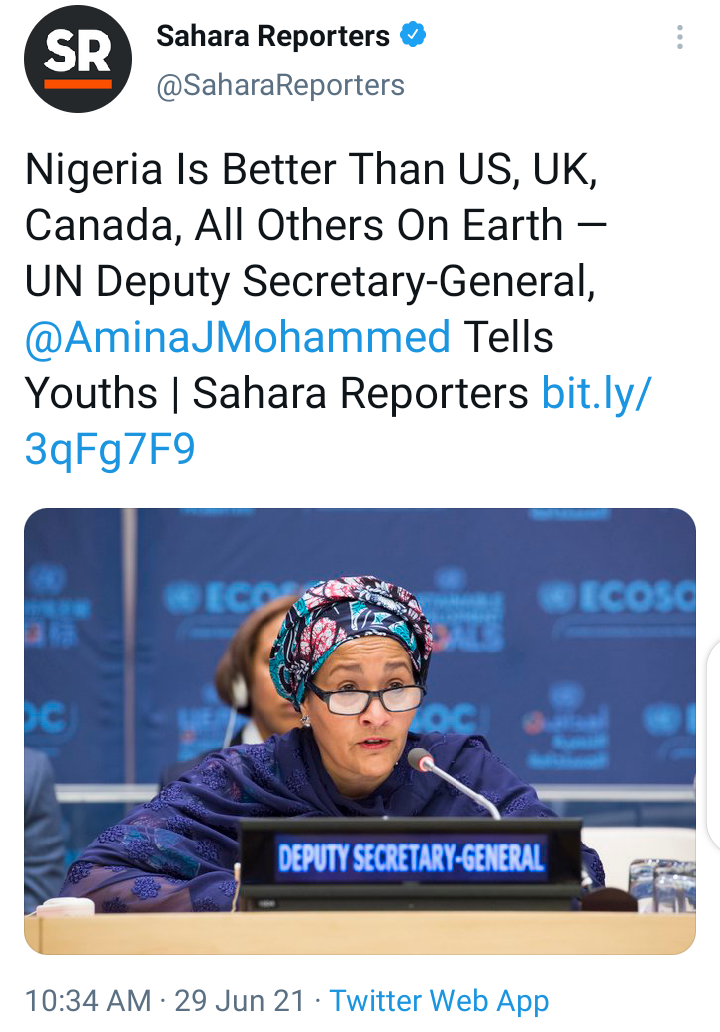 United Nations Deputy Secretary-General, Amina Mohammed, has said that Nigeria is still the best country in the world despite numerous challenges confronting its people.

The UN chief admitted that successive governments in the most populous African nation have failed at one time or the other, but insisted that all hope was not lost to restore the country.

She charged Nigerian youths to desist from condemning the country, adding that other nations cannot afford to accomodate 240 million Nigerians.

Ms Mohammed said this at an event organised by the Baze University, Abuja over the weekend, according to a statement signed by the UN National Information Officer in Nigeria, Oluseyi Soremekun.

“You have got education, you have the tools, and you have a huge future ahead of you, and you are condemning yourself before you start on that journey. Do not do that! Be proud of Nigeria, your country; do not condemn her and do not lose hope.

“If you will your country that way, that’s the direction it will go. Even if it is not so good, you need to will it to succeed, because the success of this country is yours. If you fail, we will have conflict after conflict.

“If you think Nigeria is worse than better, then how are you going to turn it around? If you do not want to build this nation, I do not know where you want to go. I can assure you the world is not ready to take 240 million Nigerians. Therefore, let’s think about how to salvage it together,” she said. 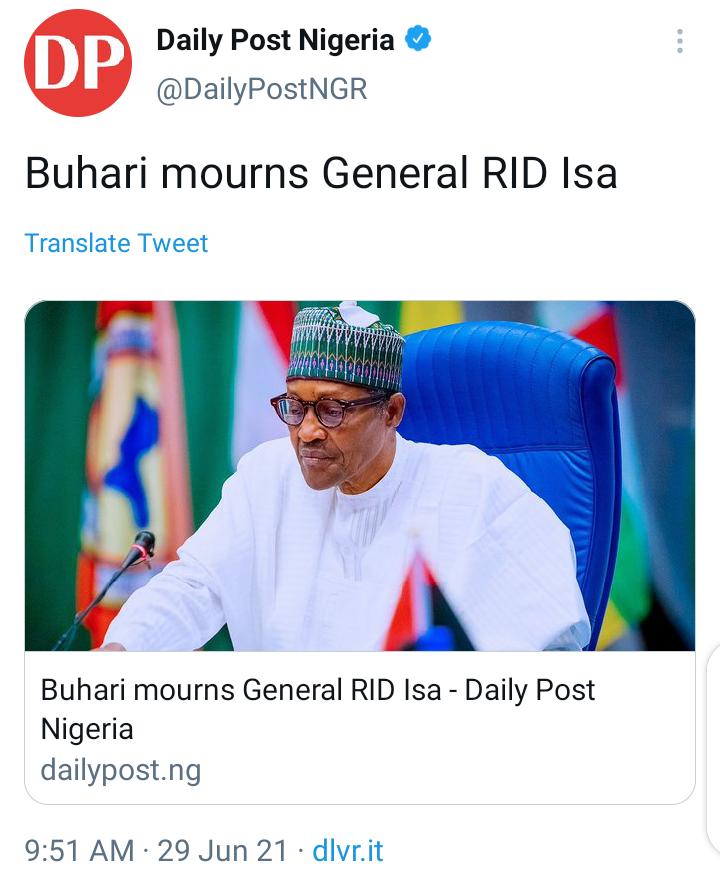 President Muhammadu Buhari has commiserated with the family of Major-General R.I.D. Isa.

Buhari extended his condolence to the government and people of Isa’s home State, Plateau.

A statement by his spokesman, Garba Shehu said the deceased made significant contributions to the achievements of Nigerian troops in United Nations peacekeeping operations.

He prayed Almighty Allah to comfort the family, friends and colleagues of the late officer.

Isa served the country at great personal risk and was never afraid to pay the supreme sacrifice, Buhari added. 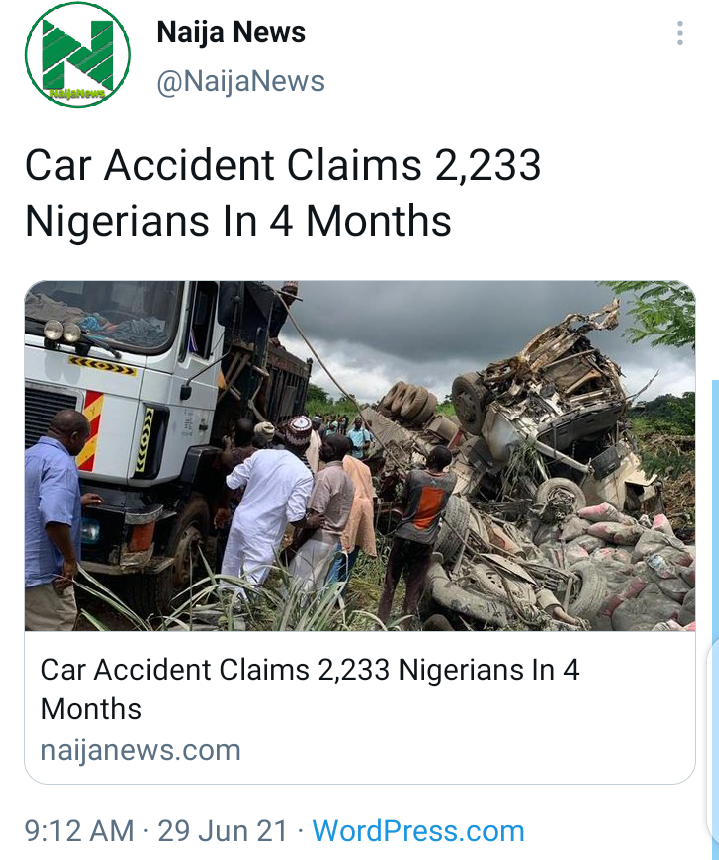 The Federal Road Safety Commission (FRSC) on Monday said at least 2,233 Nigerians lost their lives in car accidents in the first four months of 2021.

The chairman of the commission, Boboye Oyeyemi, made the announcement during the 5th Babatunde Fashola ‘GabFest’ video conference entitled ‘Safety: Building a Compliant Driving Community’.

According to him, figures between January and April showed that 691 people died in January, 497 in February, then 480 in March, while 565 died in April.

Boboye, who described speeding as one of the main causes of accidents in Nigeria, also said rotten cars that should not be on the streets also play a significant role. 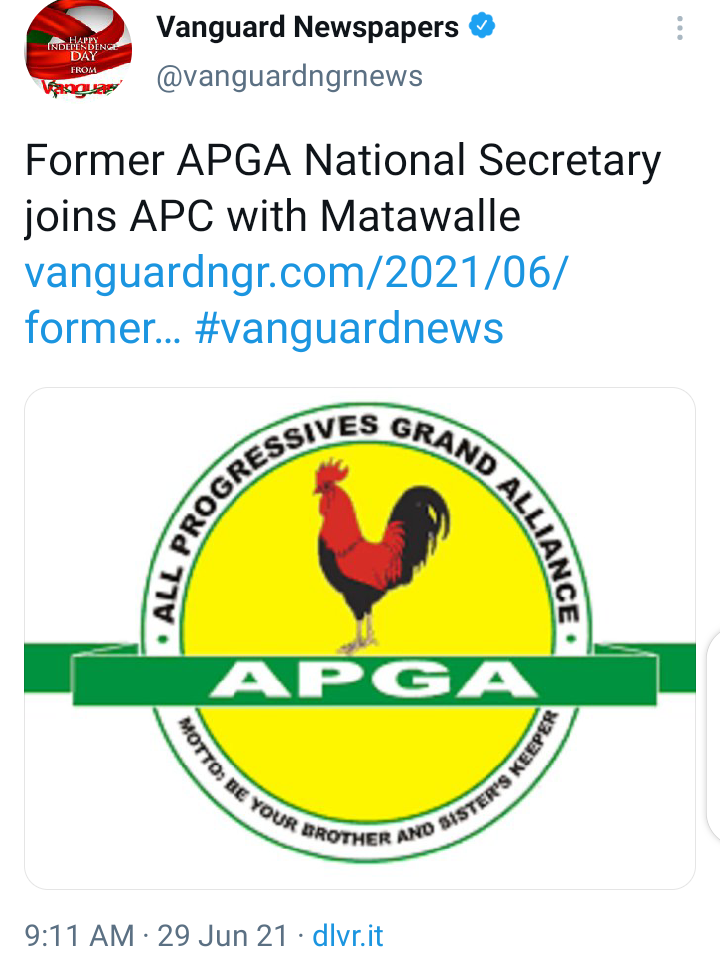 Shinkafi who was the APGA governorship candidate at the 2019 general elections in Zamfara, disclosed this at a news conference in Gusau on Tuesday.