A victory for the women’s movement that has been fighting for the right for decades to legalize abortion. And at the crack of dawn on Wednesday, Pope Francis’s home country of Argentina legalized abortion, after the Argentina's Senate approved a bill presented by President Alberto Fernandez to legalize abortion in an historic vote seen as a major victory for abortion rights advocates in the Catholic-majority country. The 38-29 vote came after 12 hours of debate.

The Voluntary Interruption of Pregnancy Bill permits an abortion to take place throughout the initial 14 weeks of pregnancy. Currently, abortion is only legal in Argentina if the mother's life is jeopardized or if the pregnancy is a result of rape. Women who fall outside these provisions and get an abortion can face criminal charges. 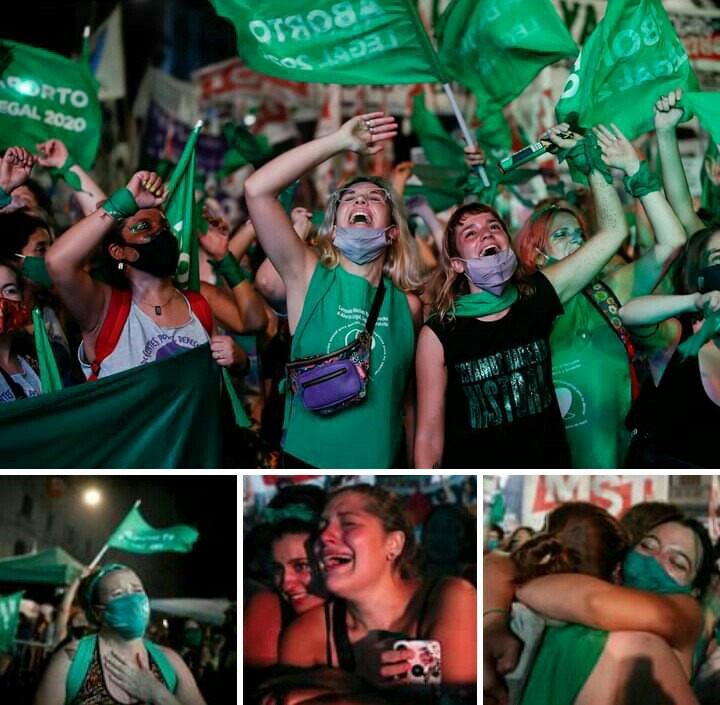 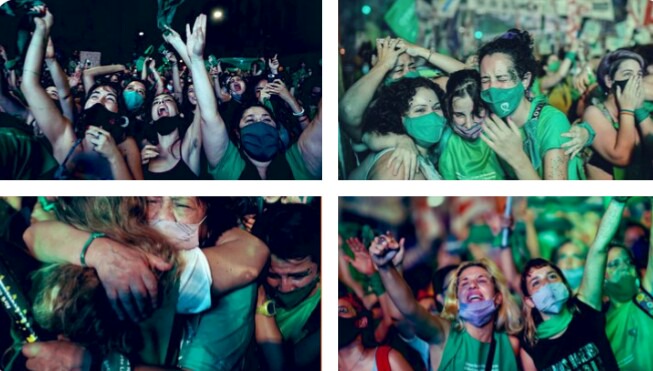 Argentina’s feminist movement has been demanding legal abortion since 1980s, amid recurring disapproval, where the Roman Catholic Church’s influence is seen to be dominating. On 30 December, citizens of the country took to social media to praise the grass-roots feminist movement. 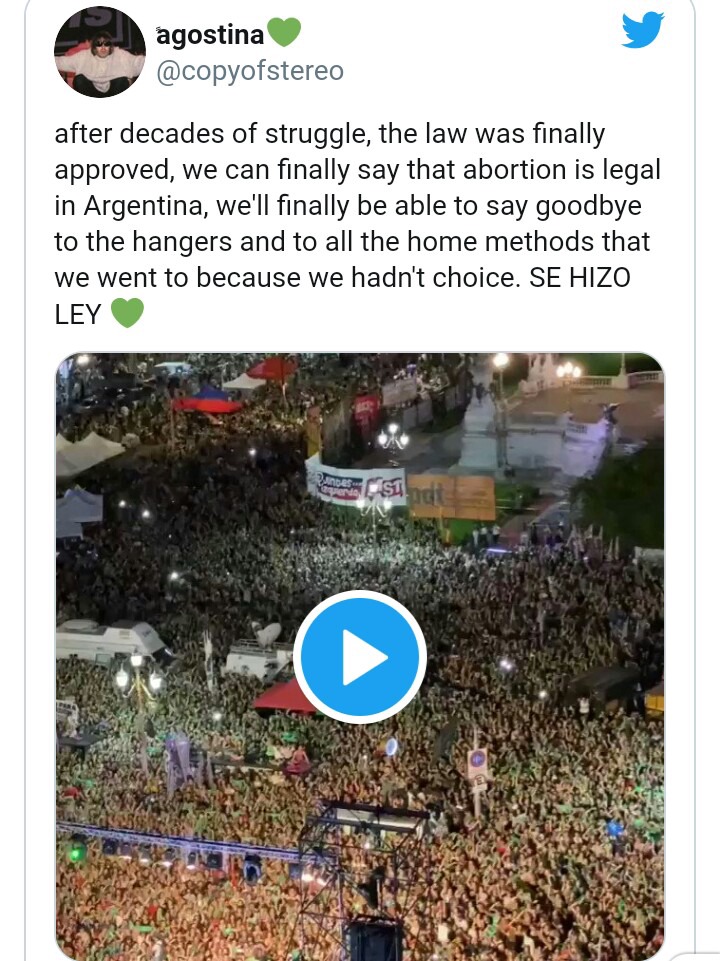 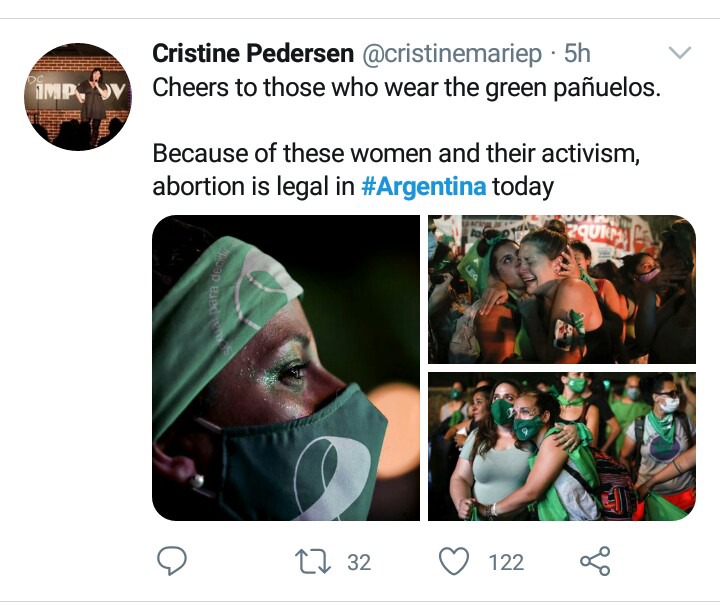 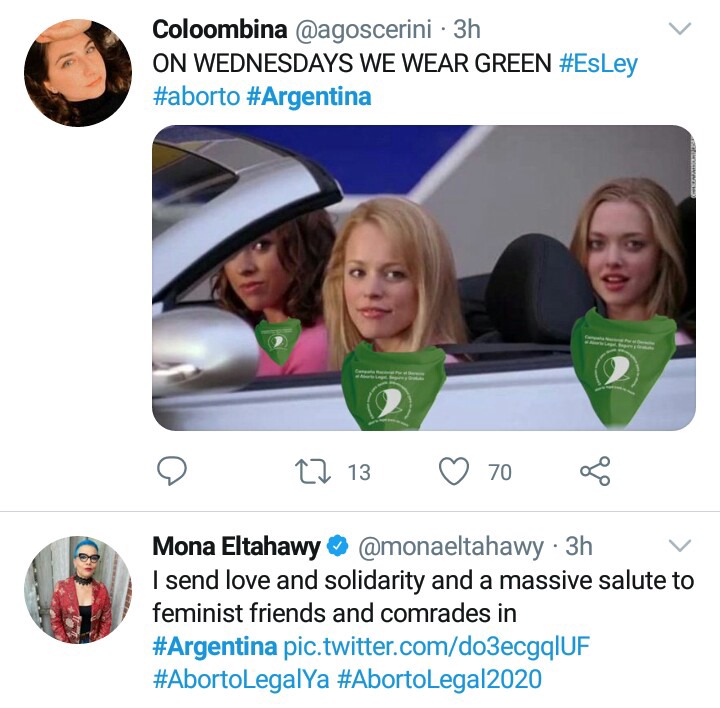 A male transsexual, artist and photographer (high as a kite) tells reporters why he joined the pro-abortion movement in Argentina. He says that abortions will take place no matter what laws are in place so it’s better to do it in a “safe and legal way”. 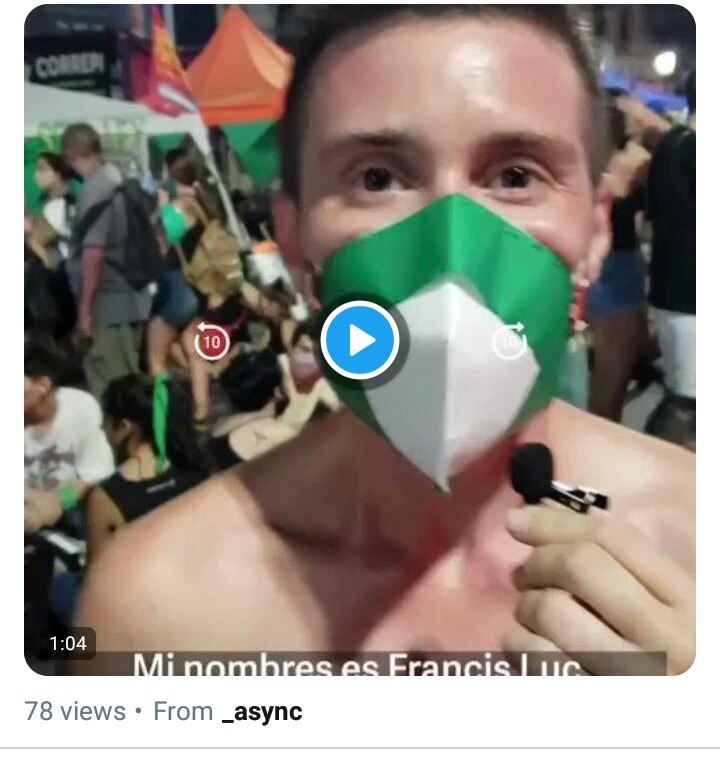 Women screamed with delight, sweeping their friends into tight hugs and jumping in ecstasy. Many wept tears of joy. Victory music kicked in and green smoke filled the air. A triumphant message flashed up on a big screen above the joyful crowd: “We did it!” it said. “ES LEY!” (IT’S LAW!). 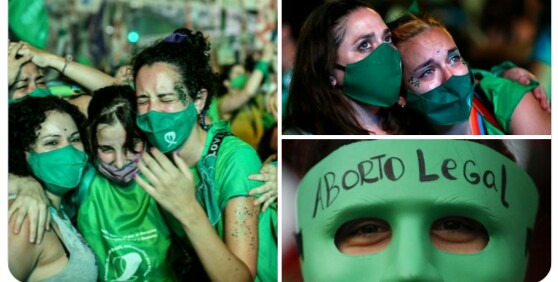 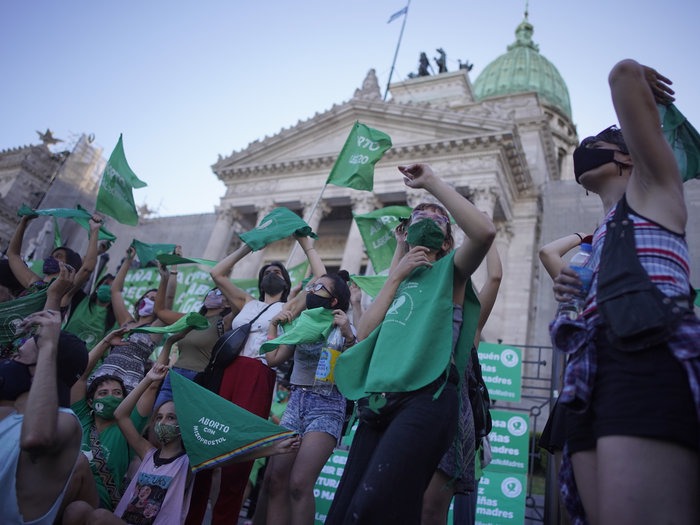 Some Other Key Points Of The New Law:

–Terminations can be accessed through either the public or private health system, no more than 10 days after a request.

–People aged 16 or over have full capacity to give their own consent; girls aged 13 to 16 are presumed to have sufficient ability and maturity to decide on the practice and give due consent unless a procedure involving serious risk to their health or life is to be used (as set out in Article 26 of the National Civil and Commercial Code).

–Healthcare workers must provide dignified treatment, guarantee the privacy and confidentiality of information, and respect autonomy of will.

–Any public official or health worker who delays, obstructs or refuses to perform an abortion in legally authorised cases may be criminally sanctioned and disqualified from practise.