2023: Why Samuel Ortom may run for Senate Before becoming an elected governor of Benue State, Gov. Samuel Ortom has served as State Publicity Secretary of the National Centre Party, State Secretary and State Deputy Chairman of the People Democratic Party (PDP). He was also a Minister of the Federal Government of Nigeria during the political administration of President Goodluck Jonathan. As Minister of the Federal government of Nigeria, Gov. Samuel Ortom performed well. His exemplary leadership and skills really contributed to the successful tenure of President Goodluck Ebele Jonathan. The governor is currently using his second term in office. By 2023, he would be on his way out of the office. 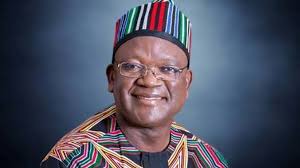 There are hearsays that Gov. Samuel Ortom might ascend to the House of Senate come 2023 in order to continue serving his people. Other sources close to the governor also denied the rumors, saying the Governor might take a rest from active politics after the expiration of his second term tenure.