By Knows (self media writer) | 10 months ago

APC (All Progressive Congess) has again, ruled out a third term ticket for President Muhammadu Buhari. Senator John Akpanudoehede, gave the reassurance as a reaction to PDP's (Peoples Democratic Party) allegation that Buhari had a self-succession plan. 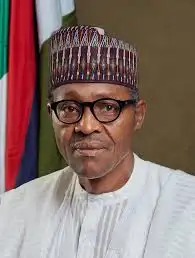 He said: “Unlike the opposition (PDP), we are a disciplined party. The opposition is just being haunted by its past. You will recall the inglorious third-term agenda while PDP was in power. So, it's easy to accuse APC now they are in power.

“After our congresses and the national convention, we will shock them by bringing a consensus and an agreeable candidate that will fly the flag of the party in 2023. APC has no third-term agenda like the PDP.

“What we are doing now is to stabilise the party and not allow individual ambitions to derail the administration of The President.”

In a related development, Stella Okotete and Iyom Josephine Anenih, and other stakeholders have canvassed for women to occupy the Presidency and key elective positions in 2023.

They spoke at a one-day AIT conference organised by Dinidari Foundation in partnership with Heinrich Boll Stiftung, titled: “From the streets to the parliament: Empowering women’s political power in Nigeria” yesterday in Abuja.During the last National Assembly elections in 2019, only six females were elected into the Senate, while 11 made it to the House of Representatives.

Okotete, however, noted that women have the credentials and capacity to be President and governors, and as such, must not be relegated to the background.

Her words: “We are looking at bigger pictures of having women to sit on the table of leadership at the highest level of the country. So, we are lobbying the men, lobbying women, because if you look at the voting strength of the country, you wonder why a woman can’t and never actually govern states or govern the country; at least we make the majority of the voting population. What is important is to change strategy. ”Regretting the discrimination against women by political parties in the country, Anenih stated: “The political parties claim not to discriminate against women but when it comes to delegating elections, men always have the upper hand because they have humongous money to spend.

“You have to be a rebel to make it in politics. You have to fight them. We should have the courage to ask for 50-50 for political positions and appointments.”

Also speaking, the foundation’s Team Lead, Oluwayemisi Amoseola, lamented that women’s 45 per population strength had not shown in decision-making, politics, and governance.

“Currently, in the ninth National Assembly, we have only 12 women (out of 360 representatives) and seven women (out of 109 senators). We need more female legislators, who would focus on policies that will improve the situation around several women-centered issue,” she added.

Content created and supplied by: Knows (via Opera News )