Between Direct And Indirect Primary Elections, Which Of Them Is More Democratic?

WHAT IS A PRIMARY ELECTION

A primary election is a mini-election where a political party elects its preferred candidate to run for public office under its platform. 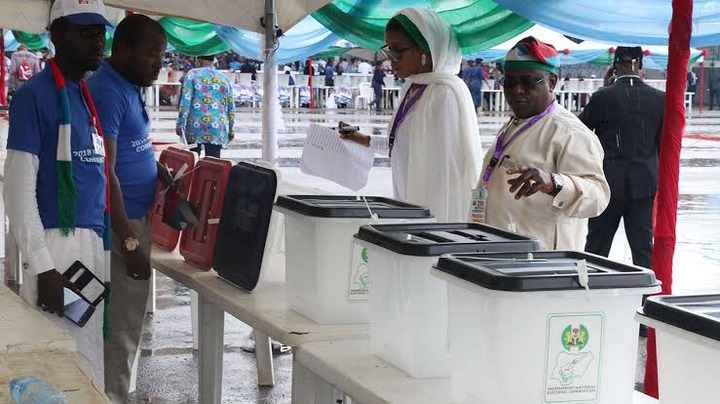 It is worthy to note that during the primaries, parties go through an elimination process where they trim down a pool of nominees to just one person who will become the flagbearer of the party.

Just like in the 2015 primary election of the ruling All Progressives Congress (APC) where Muhammadu Buhari defeated the likes of Atiku Abubakar, Rochas Okorocha, and Musa Kwankwaso. There are two forms of a primary election. They are direct and indirect elections.

In Nigerian politics, an indirect primary election, party members elect delegates who in turn elect the party’s candidates on their behalf.

Who are delegates? Delegates are a democratically elected group of voters elected at party congresses. It is during the congress that registered members of a political party elect these delegates that will represent them at local, state, and national congresses.

In this case, delegates are not involved, party members choose their representatives through polls like they would in a general election.

Let's go back to the big question now. Which of these two forms of a primary election is more democratic?

Judging from our previous elections in the country, you will observe that in an indirect primary election, delegates have been known to disregard the wishes of the delegation they are supposed to represent and vote as they wish. Many political analysts have stated that aspirants contesting for a political position easily bribe delegates during indirect primary elections.

For instance, a candidate can get people to purchase party membership cards just to partake in the primaries.

To make matters worse, members of other parties can intentionally join a particular party to vote for a weaker candidate at the primaries and maximize the chances of their party winning the general election.

If you look at the two forms of the primary election, you will observe none is more democratic than the other. Both are vulnerable to rigging and manipulation.