Osinbajo; a man above reproach

By RisingStar (self media writer) | 2 years ago 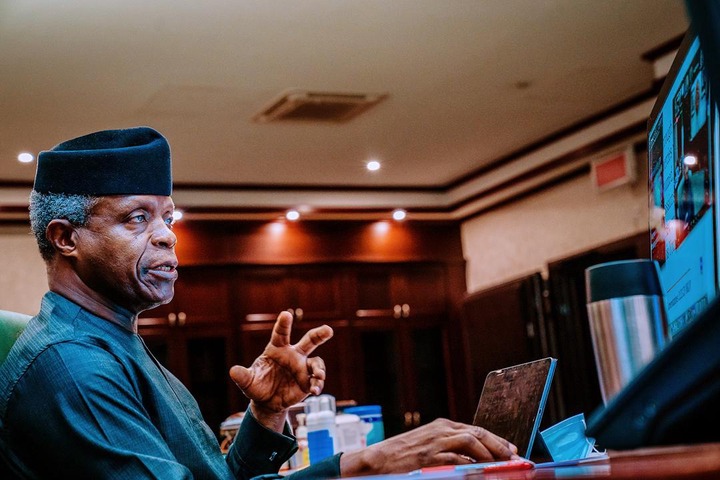 The art and business of politics from time has been characterized and played by propagandists who seek to discredit political entities either because of their personal gain or interest.

The question of who and what is always on the table whenever an election year approaches.

The 2023 ambition is one which many would tag as do or die.

The vice president in recent time has been an object of target especially for the opposition party who are doing their possible best to keep the party in shape ahead of time.

If we can vividly recall, a former Apc exco, now with the pdp, Timi Frank accused the vice president of taking an active part in the Nema fraud saga even after the national assembly denied indicting him and the FIRS denying making #90 available for election campaign.

On the 25th of Sept, 2019, the vice president took a decisive step by waving his constitutional immunity for a thorough investigation of the claim against him.

To wash himself clean, he announced commencement of legal action against Timi Frank and Katch Ononuju for libel and malicious falsehood.

Few days after, vanguard newspaper apologized to the vice president over the story alleging that the FIRS gave him #90billion for the 2019 election.

Prof. Osinbajo is seen by many as a direct replacement for president Buhari. He understands the system and has played a major role in governance these past 5 years.

What Patriots see is a great future with Prof. Osinbajo as head of government while the opposition see him as a threat to their selfish ambition.

On the 8th of July 2020, Jackson Ude, a media aide under the pdp administration accused the vice president of sharing the looted funds with the recently suspended efcc chairman, Ibrahim magu.

He made the allegation without any proof as usual. The same way Timi Frank and Katch ononuju made theirs. A clearly clumsy and confused duo.

Jackson ude to several news followers will know him as a fake news merchant. He has overtime told lies about activities that concerns the Apc.

About 2 weeks ago, pictures of pdp members with the recently arrested fraudster Ramoni Abass nicknamed "hushpuppi" broke out, while senior pdp party members came out to defend the pictures, Nigerians went on social media to accuse them of affiliating with a fraudster hereby reducing seemingly their credibility ahead of the 2023.

In their usual quest to divert the attention of that huge dent, Jackson ude came up with that outrageous lie to cause chaos and uproar among Nigerians especially those who favour prof. Osinbajo's candidacy ahead of others.

Interestingly, twitter users who recognized Ude's craft came online in their numbers to discredit the news.

Alot of them posted his old tweets where he lied and made false allegations against persons in the Apc circle.

We should expect more from the likes of Timi Frank and Jackson Ude as the race draw near.

The vice president is focused on his constitutional duties and improving the well being of Nigerians alongside Mr.president.

He is not a man to give in to distractions, smears, trivial and non-consequential issues.

He is a man above reproach.

Content created and supplied by: RisingStar (via Opera News )