BREAKING: Moghalu clears air on defecting from YPP to APC. 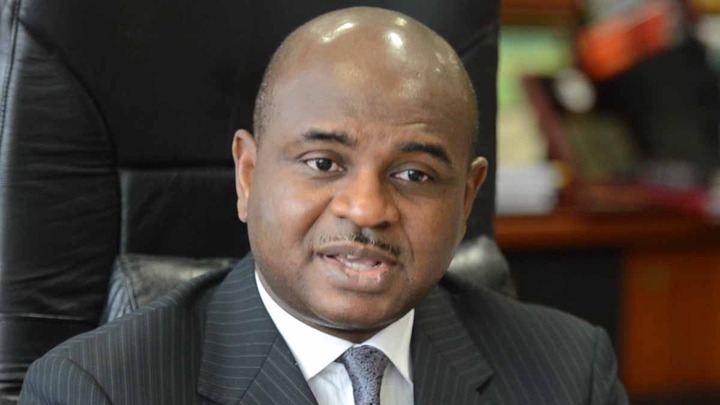 Kingsley Moghalu, the former presidential candidate of the Young Progressive Party, YPP, has reacted to reports of defecting to the All Progressives Congress, APC.

Moghalu described the report of him defecting to APC as false and mischievous.

In a series of tweets, the former presidential candidate stressed that the report was misleading.

Moghalu said though he has since resigned his membership of YPP, he was yet to decide which party to join.

The tweet reads: “This headline, and the claim on which the report is based, is false, mischievous, and tendentious.

“In late 2019 I resigned my membership of the Young Progressives Party, the party platform on which I was a presidential candidate in 2019, but I did not subsequently join, and have not joined, any other political party.

“I am therefore NOT a member of ANY political party in Nigeria today.

“The article by Elombah News is doubly mischievous because, despite my denying this false claim when the online news outlet contacted me, Elombah News nevertheless went ahead to publish the story with this mischievous and misleading headline with no evidence to back it up, while burying my comment debunking the false claim deep inside its story. This is irresponsible journalism.

“I ask the public to disregard this fake news report, and to be guided by this clarification.”

BREAKING: Akpabio Moves to Get another N20bn for East-West Road. Despite the controversy surrounding alleged fleecing of the Niger Delta Development Commission (NDDC) by the Interim Management Committee (IMC) under his direct watch and supervision, the Minister of Niger Delta Affairs, Senator Godswill Akpabio, is said to be making final plans to get N20 billion ” working capital” for the East-West Road whose completion date has become open-ended after costing the federal government some N600 billion since the President Goodluck Jonathan administration.

To get the road finished once and for all, the President Muhammadu Buhari administration had transferred the funding and project management to the Sovereign Wealth Fund (SWI) along with The 2nd Niger Bridge, the Lagos Ibadan expressway and the Abuja Kano Highway at a reduced costs which Julius Berger and the SWI had earmarked a hundred billion to the East-West Road with a N20 billion contribution from the federal budget.

But Akpabio told officials he wanted the Ministry of Niger Delta Affairs to project manage the East-West Road without the tedious process of the SWI and blackmailed the presidency to have the funds released to him claiming the Niger Delta militants were protesting the process – in his usual tactics to get direct funding from the Buhari administration.

In fact, THISDAY gathered that Buhari had since granted the minister’s request to obtain funds from the Sovereign Wealth Fund. But the SWI would only release the N20 billion contribution from the Budget Office as the balance of N80 billion has a very different governance structure which is not in line with the free wheeling of the Niger Delta ministry.

Akpabio is currently enmeshed in stunning corruption allegations, including the misuse of funds allocated to NDDC for infrastructure development in the Niger Delta. A cultural dimension has been added to the raging political battle of wits in Edo State ahead of the September 19 poll, following an accusation that Governor Godwin Obaseki committed a taboo by standing before Oba Ewuare of Benin wearing a cap.

The allegation was made by his predecessor and now estranged political mentor, Comrade Adams Oshiomhole, while fielding questions on a talk-show on Arise TV.

Last week, Governor Obaseki led a group of visiting PDP governors to the palace on a courtesy visit to the Benin monarch before proceeding to the Sam Ogbemudia Stadium to launch his campaign for a second term.

The visit was, however, marred by violence, as Peoples Democratic Party (PDP) supporters clashed with All Progressives Congress (APC) supporters at the gate, as the governor and his guests were exiting the palace, resulting in gunshots.

Speaking on Skype from his Auchi country home on the morning programme of Arise TV monitored in Lagos, Comrade Oshiomhole condemned Obaseki’s action as another demonstration of disrespect not only for the esteemed Benin palace, but also Edo tradition.

“You call yourself a Bini man, yet you came to Bini palace wearing a cap in company of other PDP governors,” said Oshiomhole of Obaseki who hails from Oredo Council in Benin City.

The ancient Bini customs forbid subjects from wearing cap before the Oba even while obliging them to kneel in obeisance. On Monday, an online publication, Sahara Reporters, published a report with the heading: ‘Exclusive: How Nigeria’s Inspector-General of Police, Adamu, Illegally Raised Millions of Naira for Construction of Training School in Nasarawa’.

In a statement, police spokesman, Frank Mba said the report was “published in the tradition of Sahara Reporters to blackmail and impugn the credibility of strategic leaders of the country in an apparent attempt to advance their ignoble and unpatriotic intentions.”

Mba said the training school in Nasarawa had been built with the support of the State Government and several corporate partners.

“Also, the insinuation that the IGP sited the facility ‘in his hometown of Endehu in Nasarawa State’, is also utterly misleading,” Mba said.

“For the avoidance of doubts, Endehu is not the hometown of IGP Adamu. He is, on the contrary, from Lafia.”

Mba added that the police have “instructed its legal team to initiate legal actions against” the online publication over what it sees as “the defamatory and libelous components of the report.” 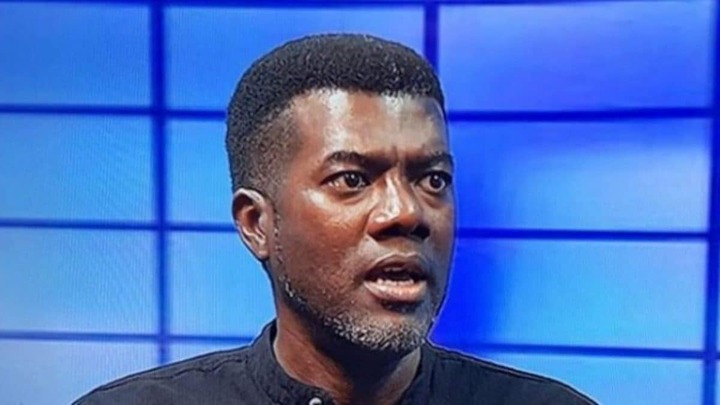 In a tweet, the former Presidential aide said Nigeria needs television shows that would promote youthful business and not sex.

According to Omokri: “Even in UK, where it originated, Big Brother ended in 2018. We are the world headquarters for extreme poverty.

“Our population is growing faster than our economy. We need shows that promote youthful business, not BBNaija that promotes youthful sex.”

Recall that some housemates of the current edition of the reality television show have been seen allegedly involved in compromising positions believed to be sex.

Evicted housemate, Ka3na was reported to have had sex with fellow housemate, Praise.

Ka3na, however, denied having sex with Praise.

She had explained that they were involved in cuddling and not sex.

Another housemates, Erica and Kiddwaya were on Sunday night seen having sex under the duvet.