Reactions after Gov Wike was spotted sleeping on different occasions.

By Kingswaves (self meida writer) | 21 days

The story of why Governor Wike is found sleeping on occasions is pathetic, not everybody can read meaning in this until it becomes a public discussion.

A Governor is the chief Executive of a State, in any Government, both in the military and democratic regimes they're addressed as Governor, in the civilized countries of the world like America they're respected and they're the stake holders in any country.

In the true federalism the state controls it's mineral resources and give returns to the FG, that means that States can be richer than the FG. In Nigeria Governors are respected, during Jonathan's regime Nigeria Governors forum dictates to the FG what will happen in Nigeria, because they are the field Marshalls of their States. When explained further Governor is the no one citizen of his State. What this means is that they are the role model and the image of the State.

They are expected to have some decorum, their actions speaks louder than voice. Whever they go people always want to know what they are there for, because they don't go to any occasion uninvited, unnoticed , their job is tidious, cumbersome, resulting to why they are not seen everywhere unless by invitation or program.

If these ascertions are true it becomes worrisome why Gov Wike of Rivers State, one of the richest oil City in Africa should be found wanting in many occasions. A Facebook user Darling Onyeka posted a page of Wikes continous sleeping on different occasions. 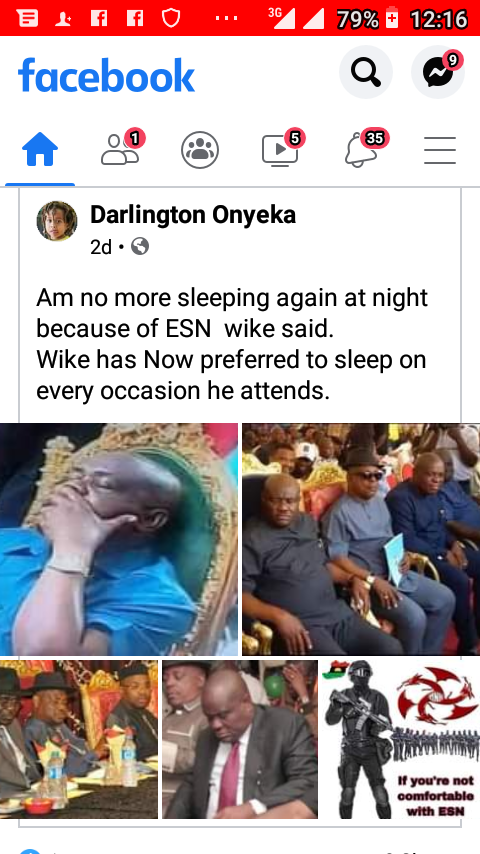 This page, carried some narrative short essay on why Wike sleeps on occasions.

"Am no more sleeping again at night because of ESN Wike said, Wike has now preferred sleep on every occasions he attends."

The Facebook user accused Wike of keeping vigils at night, because of fear of the ESN,

It could be recalled that Gov Wike has during EndSars protests accused the lPOB of been the brain behind destruction of properties in the state, he therefore declared war on the seccessionist group using soldiers to massacre many lgbos living in his State, this event made him enemy of the group.

Now that lPOB has floated ESN security network, it's of some peoples opinion that ESN may avenge the deaths of their members in Rivers State. Darlington is one of such people, he admits that Wike suddenly developed sleeping on occasions attitude, because he keeps awake at night for the fears of the unknown. ( See pictures below). 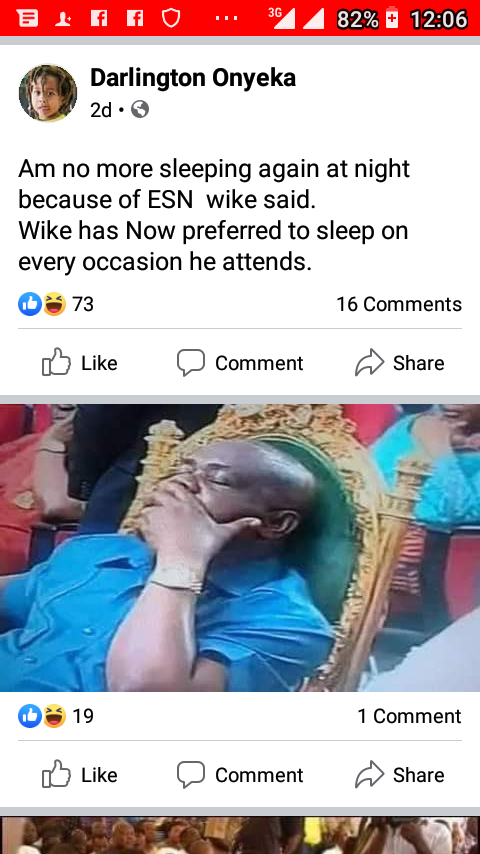 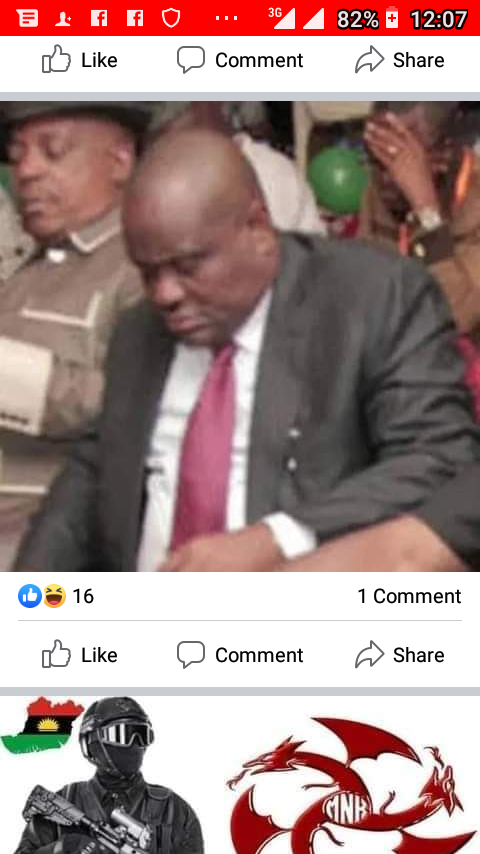 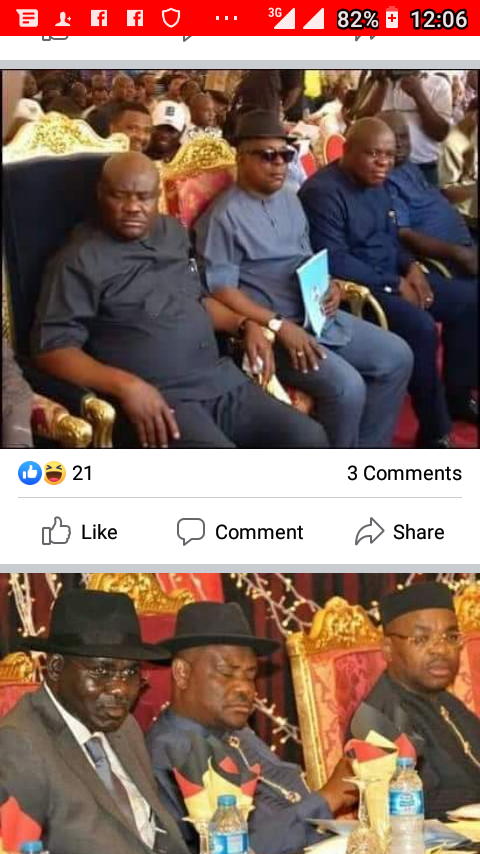 Many who reacted on the page, concurred with him, while some said that Wikes days are numbered, while some believe that God is hunting him. See reactions below. 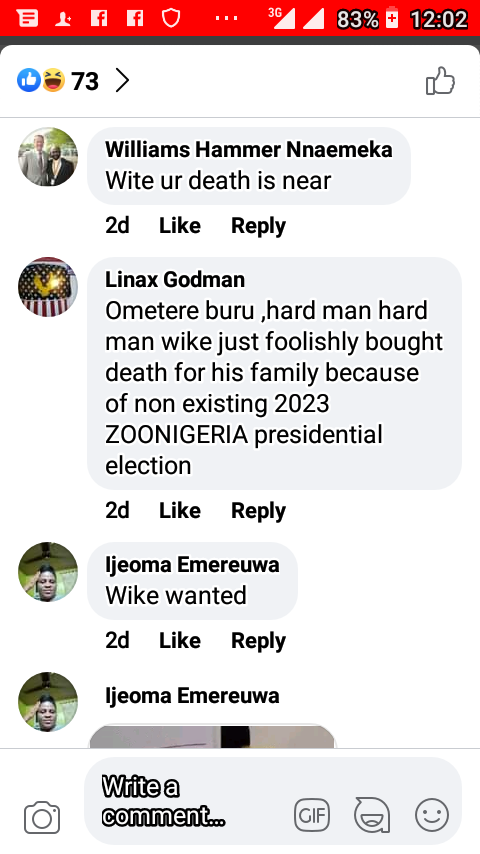 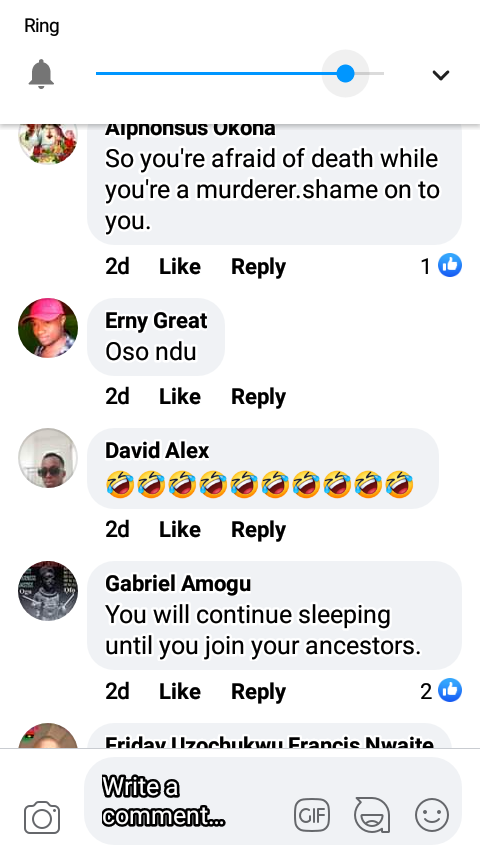 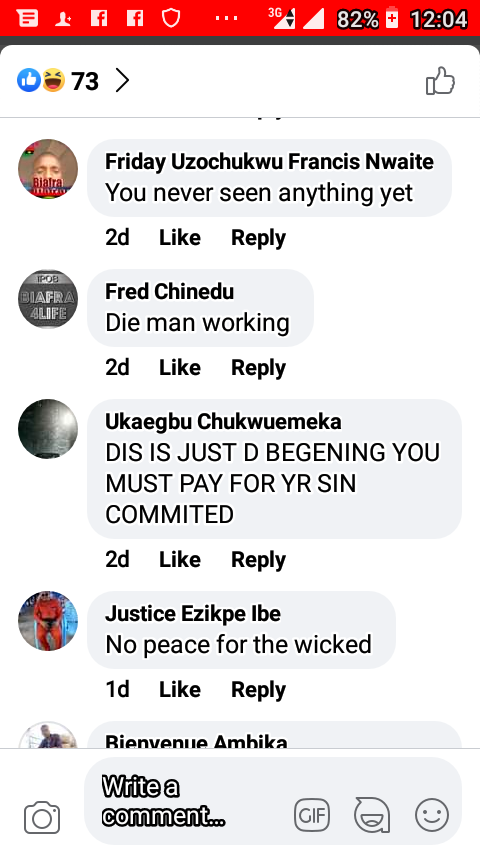 What do you think about this, no matter what it maybe, is it right for public figure as Gov Wike of Rivers State to be sleeping on occasions, where everyone is looking up to him as a leader, doesn't he really no longer sleeps at night, as he was accused. What is your take on this article, kindly join the group to explain your opinion, like and share this page.