Ngozi Okonjo-Iweala Reacts To The Death Of Queen Elizabeth's Husband

The death of prince Philip is a big loss to the whole world. Many people feels bad and grieve over his death, if not for him, at least for queen Elizabeth II. The pain and agony the Buckingham Palace feels at this time may be unbearable. 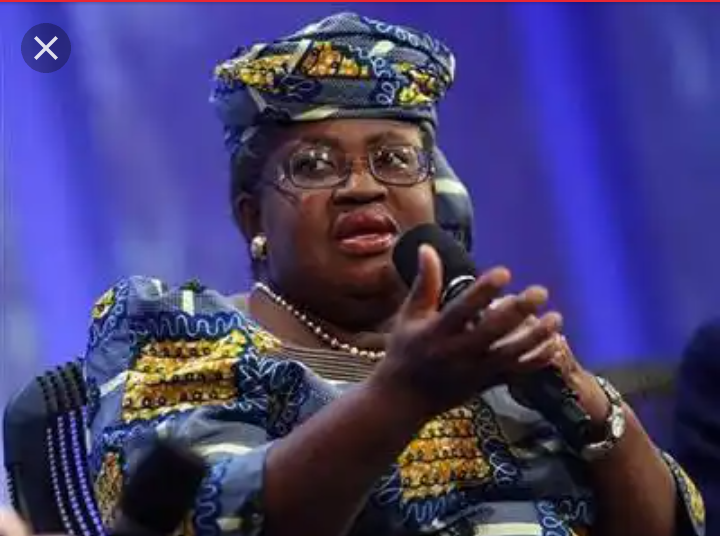 Ngozi Okonjo-iweala, the Director General of World Trade Organization (WTO) her condolences through her twitter handle. She disclosed that she felt saddened by the passing of His Royal Majesty, Prince Philip, Duke of Edinburgh. Hence, her condolences. 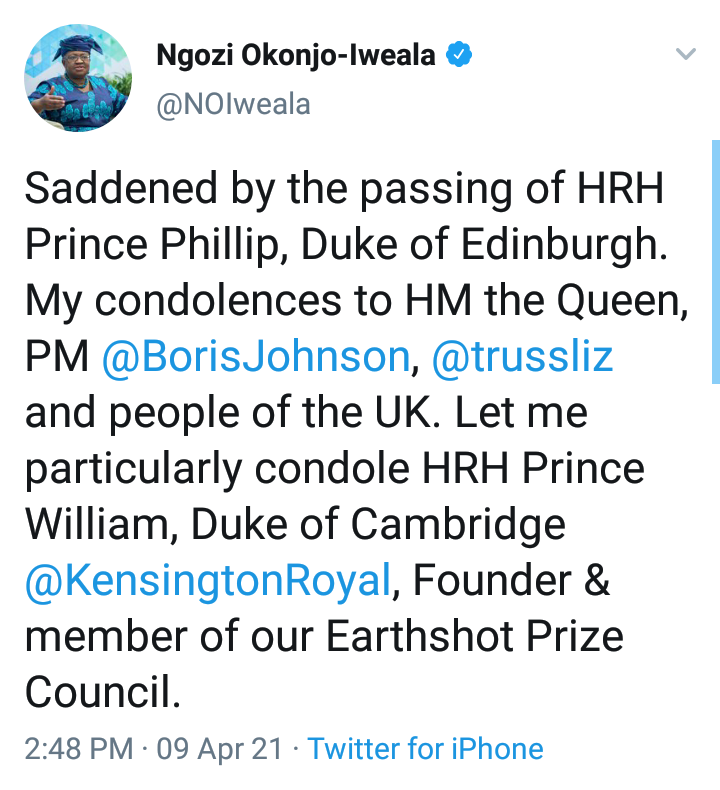 Prince Philip, Duke of Edinburgh was reported dead in the early hours of today. The disclosure came from Buckingham Palace today.

Prince Philip was born in Greece, into the Royal Families of Greek and Danish parents. He was so tender when his family was exiled from the country.

After his education in France, Germany and the United Kingdom, he joined the British Royal Navy in 1939 at the age of 18, after which, he became closer to Princess Elizabeth who was 13 years old at that time. He actually met her in 1934, but he started corresponding with her in 1939. 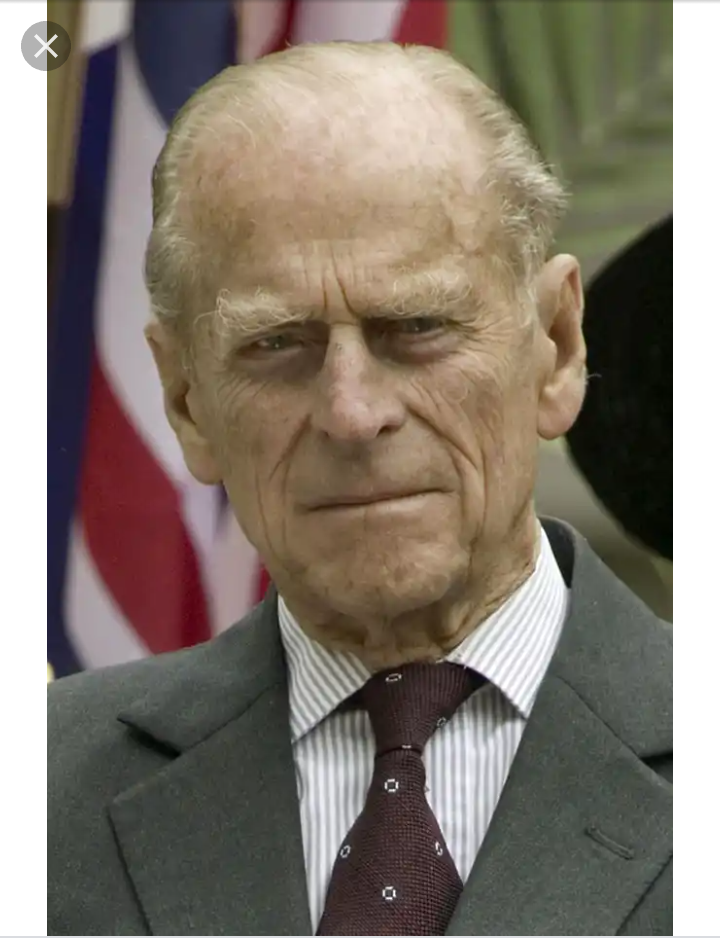 Prince Philip, Duke of Edinburgh died at the age of 99 after 73 years of successful marriage.

May God grant Queen Elizabeth and the family the fortunate to bear this loss. 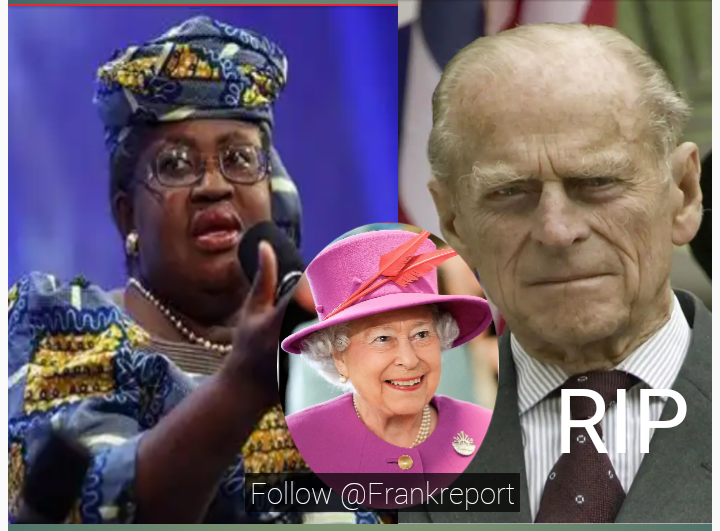 During the Farewell service for Dare Adeboye, see what can be noticed on the coffin of the deceased

More Pictures From The Burial Of Late Pastor Dare Adeboye, Check Out Moments At Church Service