Today's Headlines: Farmers Protest In Ondo, Adeleke In Tears, Says I Did Not Work With Aregbesola 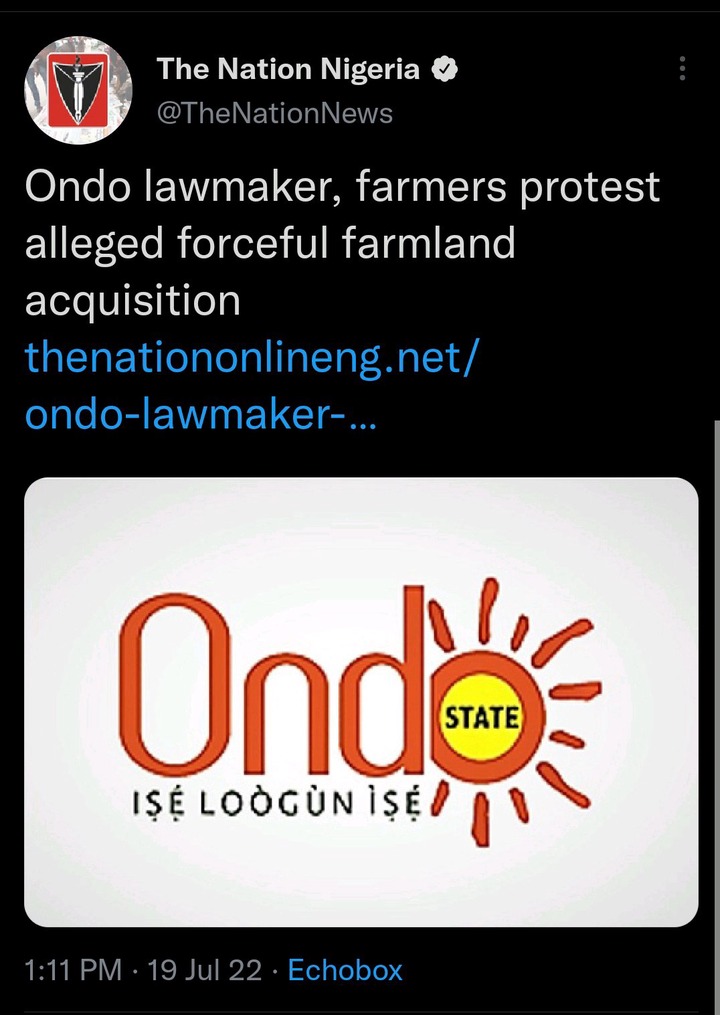 Hon Festus Akingbaso, a lawmaker for the Ondo Assembly's Idanre Constituency, joined local farmers on Tuesday in a demonstration against the purported takeover of their farms by the Ondo State government.

According to reports, the Ondo State administration has tapped into the cashew and oil palm farming revolution led by the Central Bank of Nigeria (CBN) by transferring thousands of hectares of farmland, including the Idanre forest reserve, to private companies.

Akingbaso claimed that the reason he joined the demonstration was the 99-year cession of 50,000 hectares of land in Idanre to private enterprises. 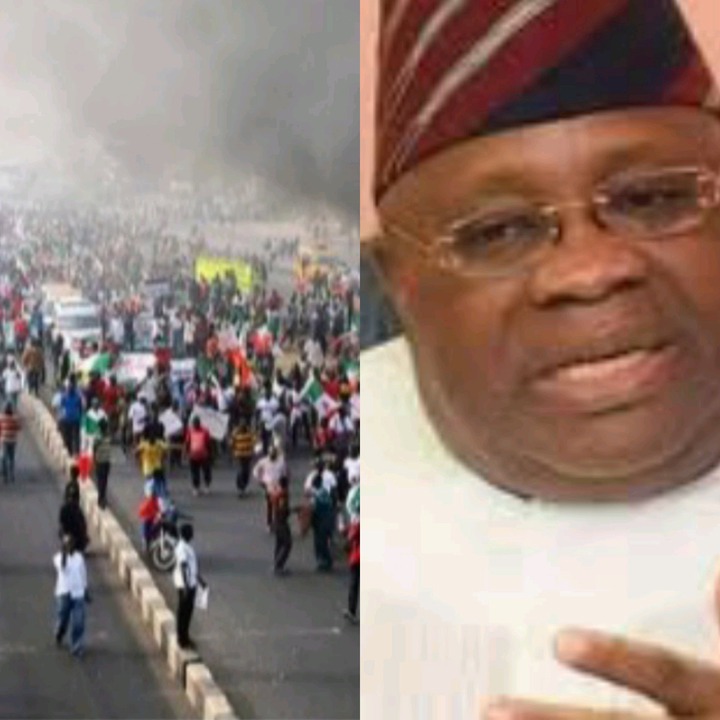 Adeleke In Tears, Says 'I Did Not Work With Aregbesola' 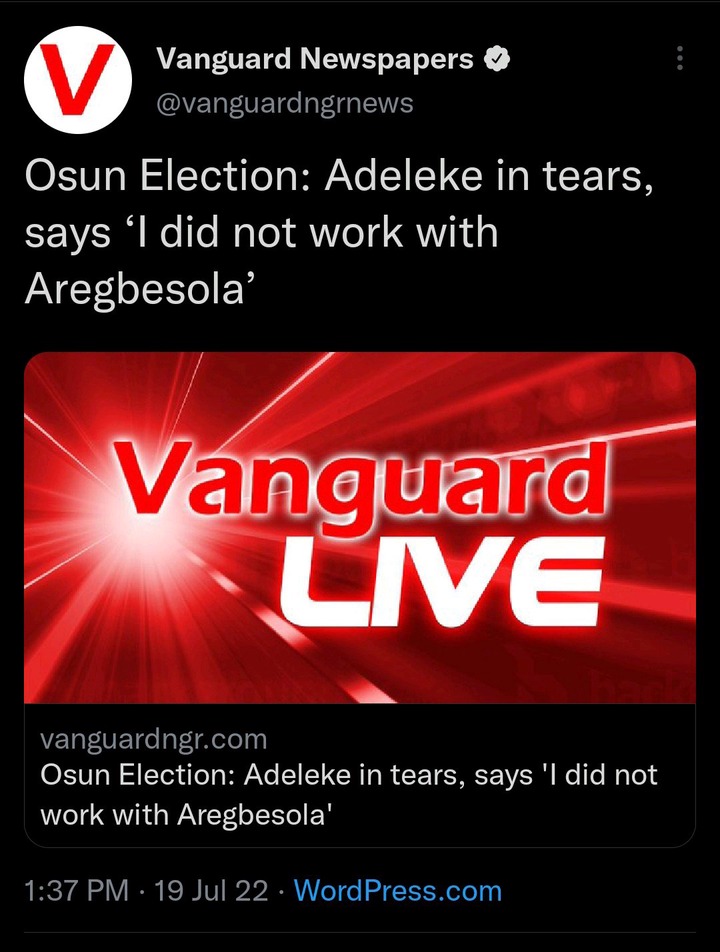 Ademola Adeleke, the newly elected governor of Osun State, has denied claims that Rauf Aregbesola influenced the outcome of the state's recent gubernatorial election in his favor.

In an interview with Channels Television's Politics Today on Monday, Adeleke, who sobbed when his late brother, Senator Isiaka Adeleke, was mentioned, said, "I did not work with Aregbesola, I do not even communicate to him. 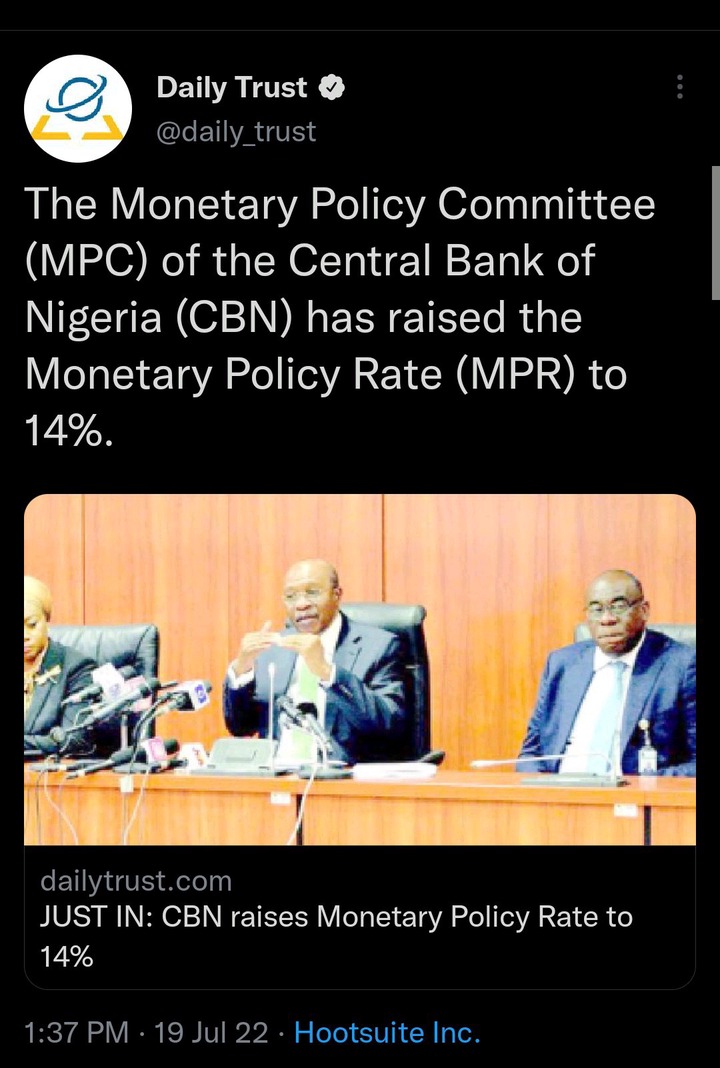 At a post-MPC briefing in Lagos, the Committee's chair and governor of the Central Bank of Nigeria, Godwin Emefiele, revealed this.

According to Emefiele, the interest rate, which had been set at 11.5 percent for more than two years, was increased to 13 percent in May to combat growing inflation. 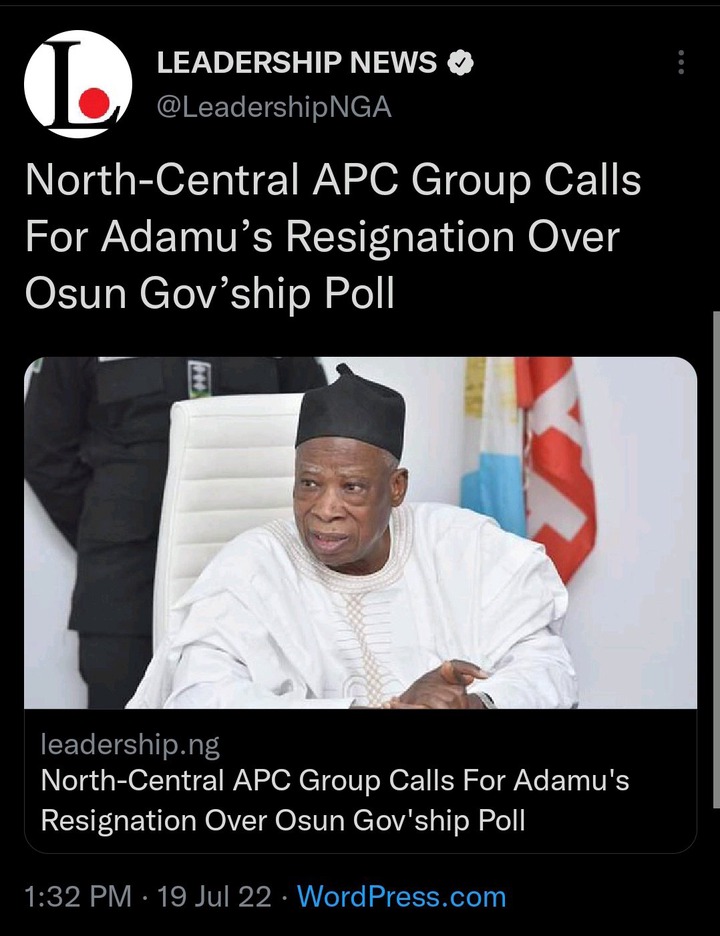 The All Progressives Congress (APC) North-Central Forum has that Abdullahi Adamu, the party's national chairman, resign after the party was defeated by the opposition Peoples Democratic Party in the governorship election for Osun State last weekend (PDP).

Saleh Mandung Zazzaga, the chairman of the Forum, told reporters in Jos, the capital of Plateau State, on behalf of the group's members that the APC has experienced rapid setbacks ever since Adamu became the party's national chairman, including member defections and the loss of the governorship of Osun State, where the incumbent governor happens to be.

Sanwo-olu, Akeredolu, and Fayemi Are Criticized by an Ex-APC Spokesperson for Visiting Wike 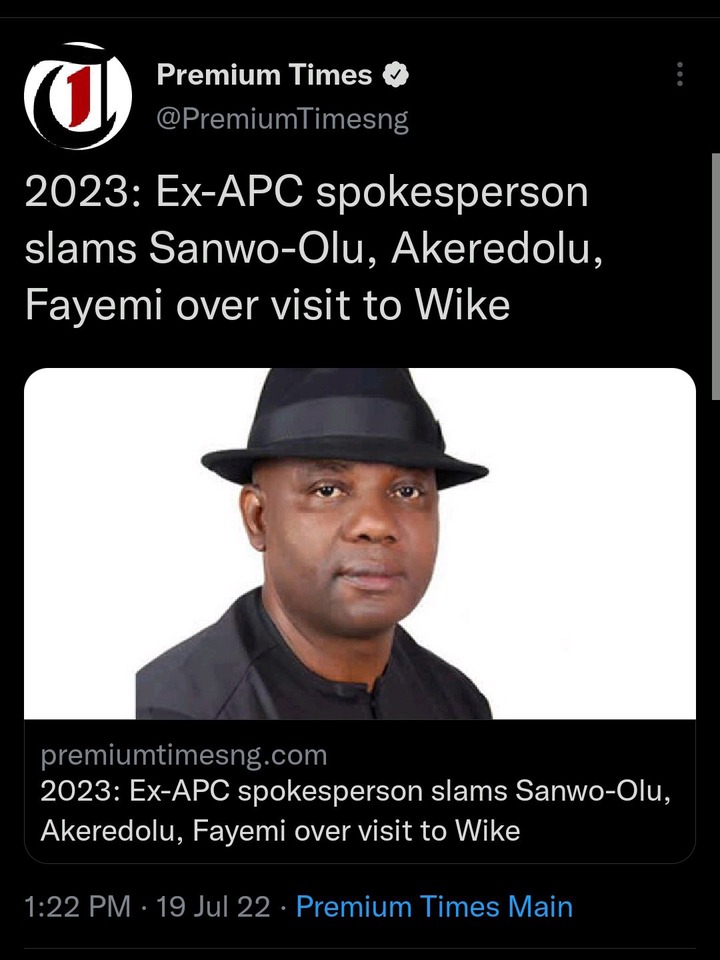 Yemeni Nabena, a former APC deputy national publicity secretary, called the visit by several governors from the South-west to Governor Nyesom Wike of Rivers State disrespectful to the party's leaders in the South-south.

This was said by Mr. Nabena in a statement on Tuesday.

Content created and supplied by: DYgist (via Opera News )