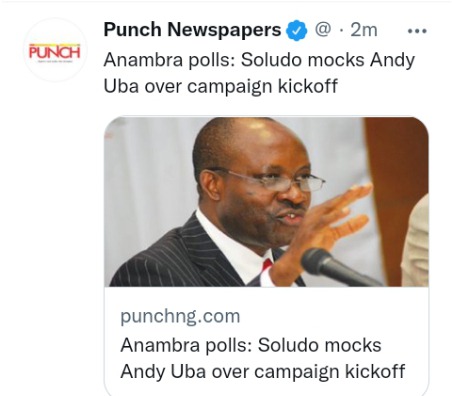 The candidate of the All Progressives Grand Alliance in the Anambra State November poll, Chukwuma Soludo, has mocked his All Progressives Congress counterpart, Senator Andy Uba, over his inability to kick off his governorship election campaign.

Soludo, in a statement by the director of media of his campaign organization, C-Don Adinuba, said the delay for Uba’s campaign inauguration was because he was afraid of meeting the people of the state to answer questions about his past actions.

Uba had twice rescheduled the inauguration of his campaign, citing the insecurity in the state. On another occasion, he suspended it in honour of Dr Chike Akunyili, husband of former information minister, Prof Dora Akunyili, who was killed alongside eight others at Nkpor, near Onitsha. 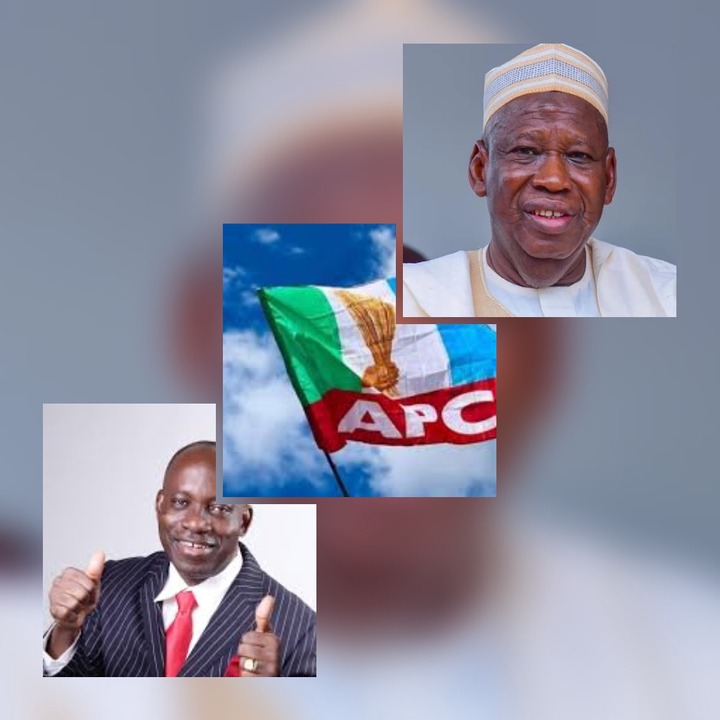 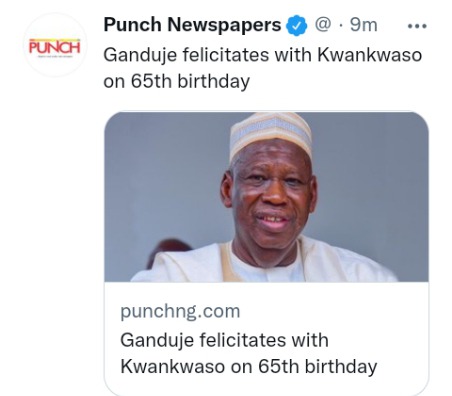 Ganduje in a paid advertorial on Thursday eulogized Sen. Kwankwaso on the developmental pedestal the Kwankwasiyya leader placed the state.

Kwankwaso, the former governor of Kano State and ex-Defence Minister was born on October 21, 1956.

Gov. Ganduje in the message said ‘’All gratitude to Almighty Allah for sparing our lives in good health to witness this auspicious anniversary on your birthday. 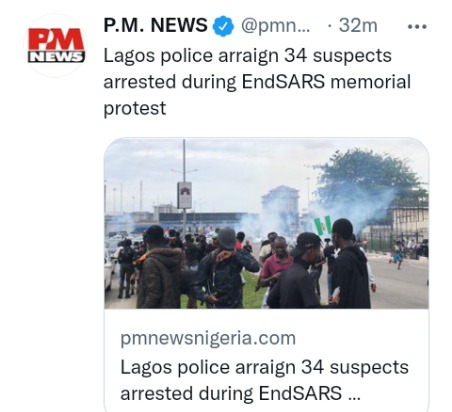 The Lagos State Police Command said it has arraigned 34 suspects arrested during Wednesday’s EndSARS memorial protest at the Lekki Tollgate.

A statement issued by the command’s spokesman, Adekunle Ajisebutu late Thursday night said the planned protest in commemoration of the one year anniversary of EndSARS was carried out by protesters who moved in motorcade through the Lekki toll gate at about 8.00am and that they ended the protest at about 10.00am. As part of activities to mark this year’s World Diabetes Day, the Olusegun Obasanjo Foundation has reeled out plans to screen 10 million Nigerians for diabetes. 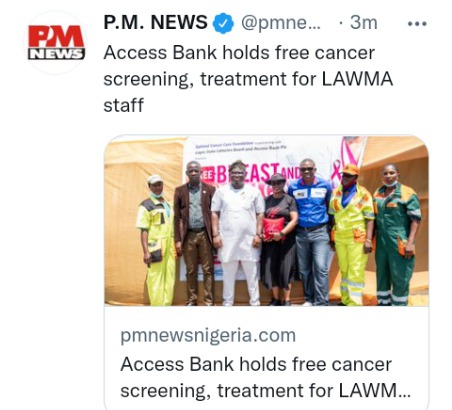 The event which was held at the LAWMA Headquarters on Wednesday was in commemoration of the Global Breast Cancer Awareness Month and the W Health Month.